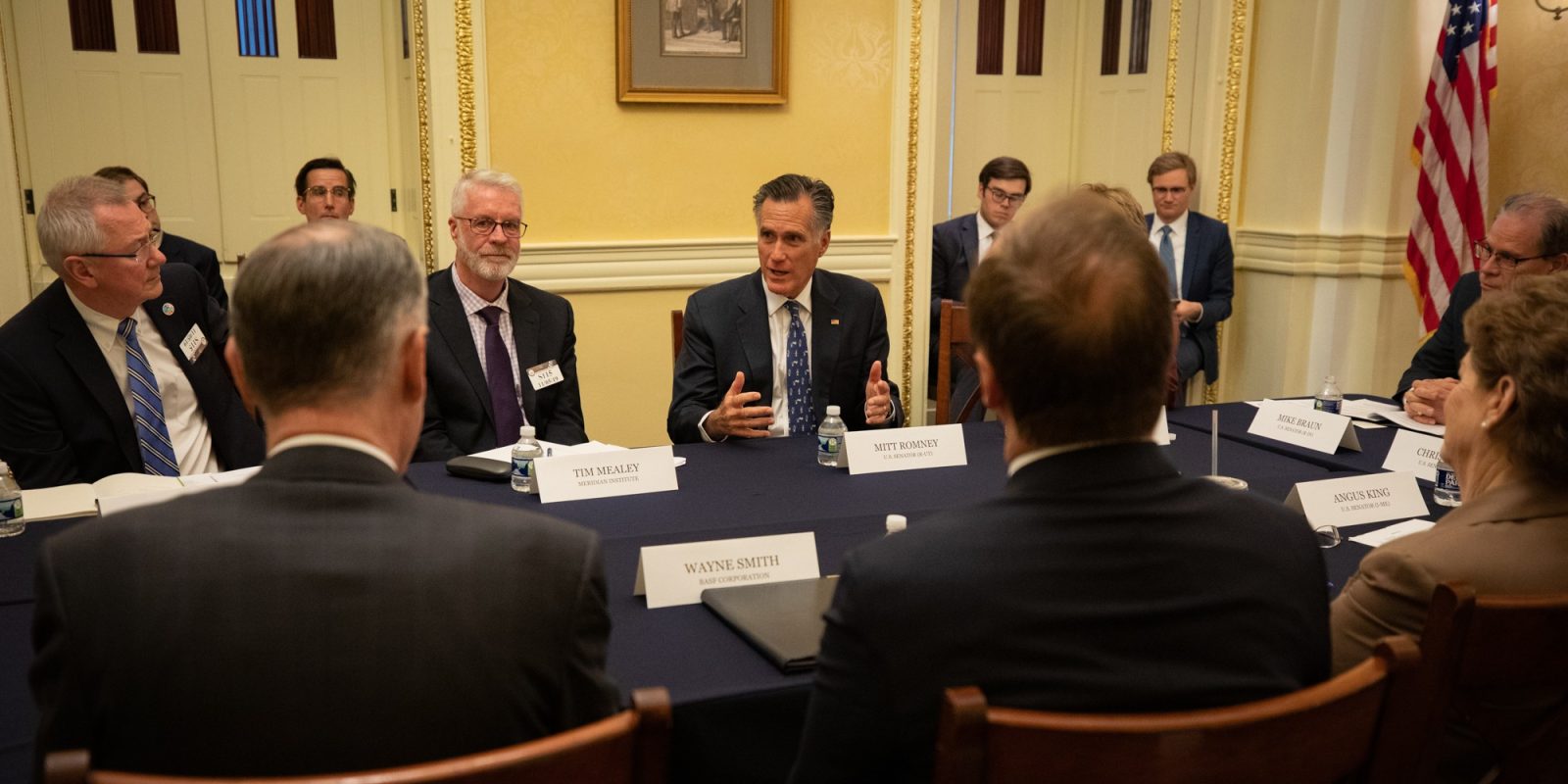 The US Senate’s bipartisan Climate Solutions Caucus added six new members on Wednesday, bringing the total number of members to eight. And on Thursday, Microsoft founder and philanthropist Bill Gates paid them a visit on Capitol Hill.

The Senate Climate Solutions Caucus is now made up of the following members:

Coons and Braun cofounded the caucus on October 23 and were joined by six more senators on November 6.

The caucus had its first meeting with several CEOs on Tuesday to discuss climate policy. Some CEOs are pushing a carbon tax. According to the Hill, Christopher Coons said the caucus’ meeting with Gates two days later had no agenda, but he was interested to hear Gates’ thoughts on “what he thinks are promising technologies that could contribute to battling climate change.”

The caucus has agreed that all issues they put forward must have unanimous approval from all members. It also intends to hold a hearing with experts.

The Senate Climate Solutions Caucus stated in an op-ed in the Hill:

We will meet regularly and convene experts from across the political spectrum to discuss ideas such as developing economic incentives to reduce emissions, promoting the role of agriculture as a climate solution, and ensuring that any energy transition protects American energy consumers while supporting energy security and workforce development.

Senator Mitt Romney told CBS This Morning yesterday that it was important for Republicans to take action on climate change because “we look a bit like Neanderthals. It’s real… I think science is more and more clear… When they feel the heat, they’ll see the light.” You can see the full interview below:

For the first time, some Republican senators are teaming up with Democrats to find solutions in the climate change crisis.@nancycordes spoke with members of the bipartisan climate caucus about how they're taking action. #EyeOnEarth pic.twitter.com/743wOf6lzS

This bipartisan Senate Climate Solutions Caucus (and there is also a climate caucus in the House of Representatives) stands in sharp contrast to the White House formally withdrawing from the Paris Agreement this week. As Electrek reported on November 5, “The United States is the only country to abandon the agreement.”

And on October 24, Electrek reported:

In light of the disappointing news earlier this week about the US formal withdrawal from the Paris Agreement, this bipartisan acknowledgment of the climate crisis, and a concerted attempt to do something about it, is encouraging.

Let’s be honest: Any bipartisan cooperation these days is welcome news. The American people are concerned about the environment, and about climate change — 71%, actually — and lawmakers need to listen, and act (even if Trump won’t).

It’s also great to hear that CEOs are pushing for a carbon tax, as opposed to fossil fuels getting subsidies.

Just a tiny point, though: Perhaps the Senate Climate Solutions Caucus may want to ditch the plastic water bottles at their meetings. We have to put our money where our mouth is.