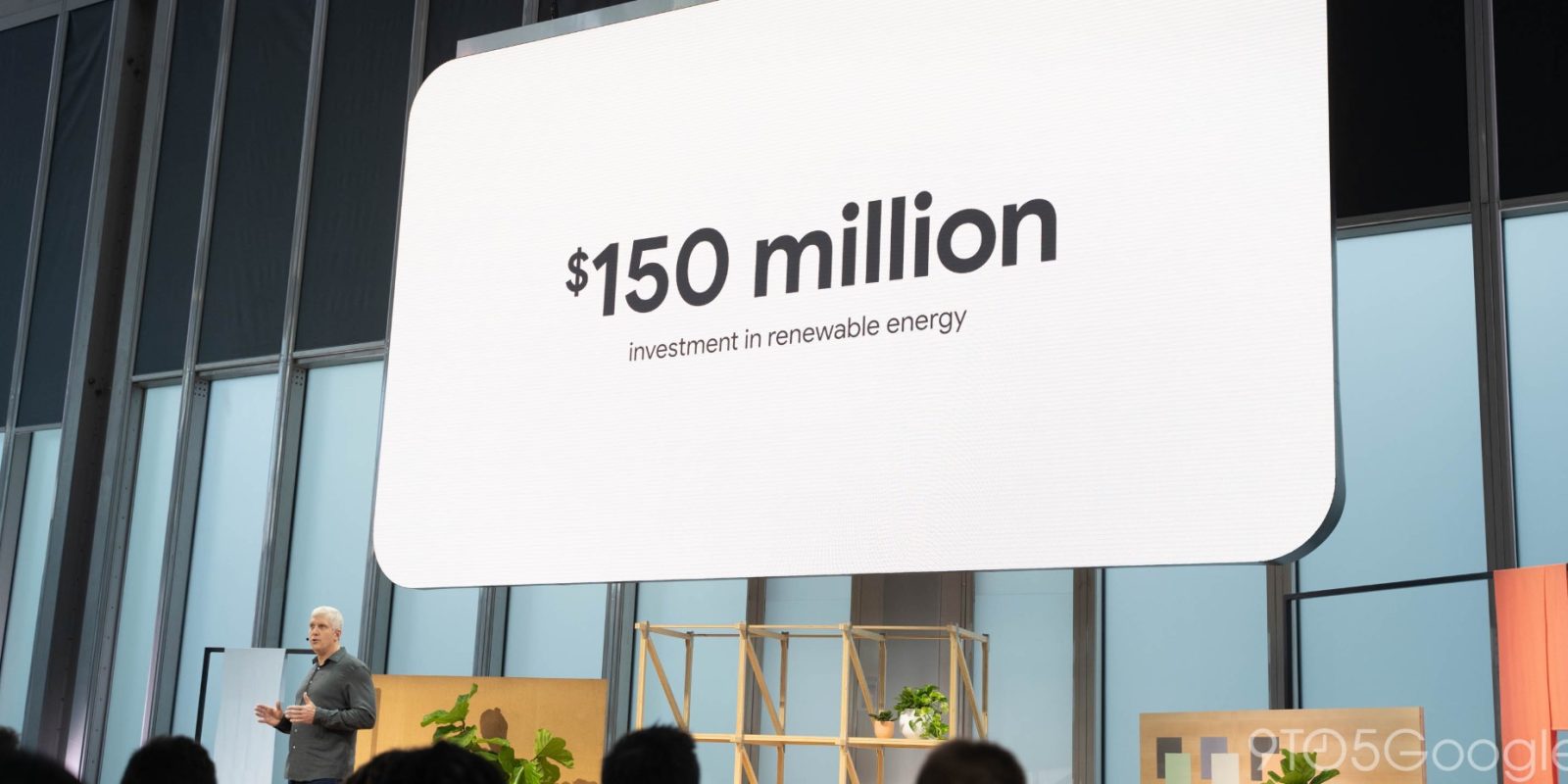 Google announced yesterday that it will spend $150 million on green energy projects in countries where its products are made.

This commitment follows Google’s announcement on September 19 of 18 new green energy deals across the US, Chile, and Europe. In a September 19 blog, Google CEO Sundar Pichai said:

Today we’re taking another big step by making the biggest corporate purchase of renewable energy in history. This purchase is made up of a 1,600-megawatt (MW) package of agreements and includes 18 new energy deals. Together, these deals will increase our worldwide portfolio of wind and solar agreements by more than 40 percent, to 5,500 MW — equivalent to the capacity of a million solar rooftops. Once all these projects come online, our carbon-free energy portfolio will produce more electricity than places like Washington, DC, or entire countries like Lithuania or Uruguay use each year.

Our latest agreements will also spur the construction of more than $2 billion in new energy infrastructure, including millions of solar panels and hundreds of wind turbines spread across three continents. In all, our renewable energy fleet now stands at 52 projects, driving more than $7 billion in new construction and thousands of related jobs.

Rick Osterloh, head of Google hardware (pictured above), said at the “Made by Google” event yesterday:

We believe Google has the ability and responsibility to create systemic change.

When you choose to buy hardware products from Google, you’re contributing to bringing renewable energy to communities around the world.

Osterloh said that Google’s operations became carbon neutral in 2007 and that the company as of 2017 had matched all energy consumption with 100% renewable energy.

Additionally, Ivy Ross, Google’s hardware design head, said Tuesday that all Nest products launching this year will include recycled plastics and that the fabric on the Nest Mini speakers will come from recycled bottles.