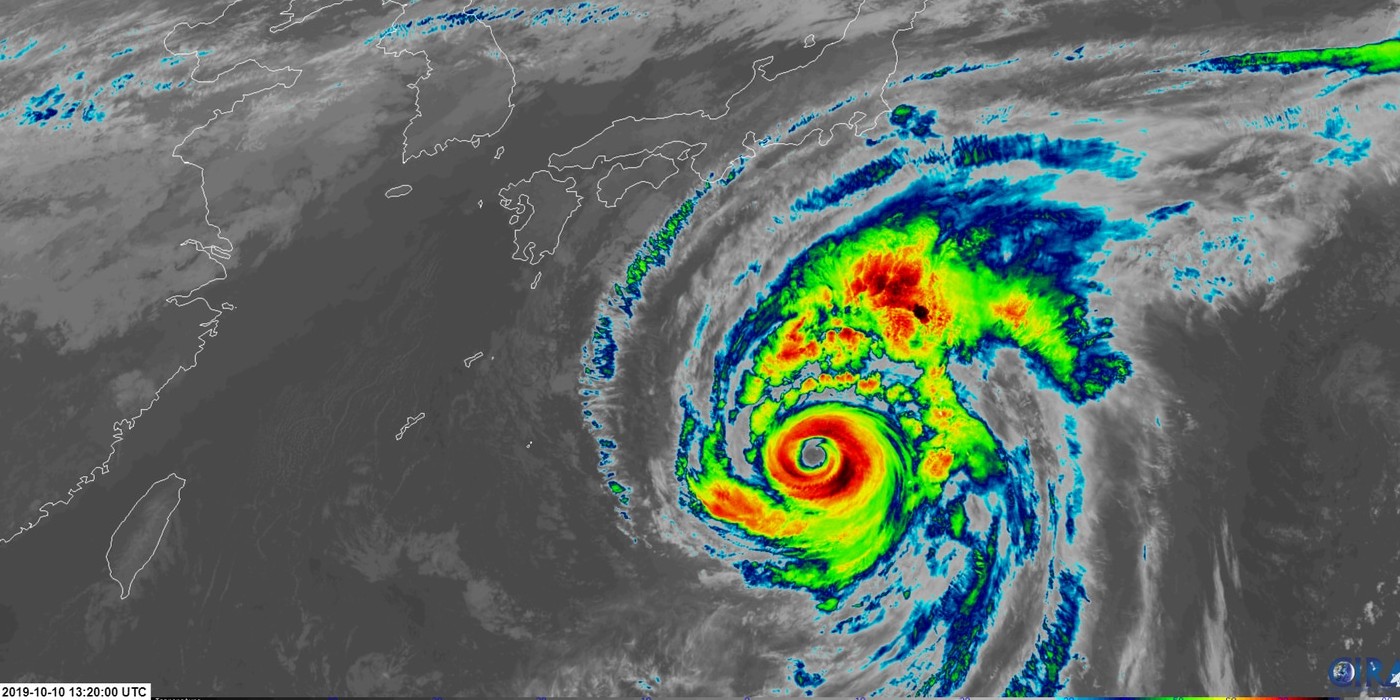 Typhoons and hurricanes as electricity sources?

Typhoon, cyclone, and hurricane are different names for the same type of storm, just in different locations around the globe.

In September, Typhoon Faxai hit Tokyo and killed three people, and Typhoon Hagibis just hit Japan — a one-two punch — and caused 72 fatalities to date. And let’s not forget the utter devastation Hurricane Dorian caused the Bahamas from September 1, or Cyclone Idai, which left more than 1,300 dead in mid-March.

What good could possibly come out of these terrifying storms?

According to TechRadar, the high winds of typhoons and hurricanes could generate some serious electricity.

In any one year, tropical cyclones represent energy equivalent to about half the worldwide electrical generating capacity.

Instead of the traditional propellers found on regular wind turbines, Magnus VAWT has a rotating cylinders that power a vertical-axis generator. It relies on the ‘Magnus effect’, a phenomenon that explains why air curves when passing by a spinning object. A Magnus VAWT turbine consequently has three vertical cylinders that rotate around a vertical axis to generate power. It’s already been tested in Nanjo City in Okinawa, Japan (below), where it withstood wind speeds of 225kph/140mph.

Challenergy will build its first Magnux VAWT turbines in remote islands of the Philippines. If these work, a heck of a lot of typhoon and hurricane wind could be harnessed as electricity. Next challenge? Battery storage.

Transportation is the largest source of CO2 emissions, and the majority of that pollution comes from city and suburban driving. The New York Times created an interactive map that shows the amount of emissions from cars and trucks have risen since 1990. Florida’s auto-emissions rates in its metropolitan areas did not fare well, to put it mildly.

The new data came from Boston University’s Database of Road Transportation Emissions. Here are the results from worst to least:

So, why use Florida’s auto emissions as a case study of the need for green transport in order to reduce CO2? A few reasons.

And when it comes to transportation — which, to reiterate, is the No. 1 source of carbon emissions — Florida has no auto emissions inspections. At all.

In 2000, the Florida legislature and Governor Jeb Bush killed vehicle inspections entirely. Their reasons? They said it was expensive and unnecessary.

Florida is one of 12 states that do not require safety, auto emissions, or VIN inspections.

Florida’s Turnpike plazas will be getting fast-charging EV stations, as the state recently introduced its mitigation plan from its share of the Volkswagen Dieselgate settlement, Electrek reported in July.

For a state that is so vulnerable to climate change, it needs to lead on all green energy fronts, from electric vehicles to solar. (But all is not hopeless; see below.)

In 2018, the average US consumer spent $2,109 on fuel and oil for their car, up $141 from last year. The Department of Energy found that a more fuel-efficient vehicle could save the average driver about $638 per year. Fuel efficiency is “a measure of how far a vehicle can travel per unit of fuel,” or miles per gallon in the US.

So scientists working with WalletHub measured the efficiency of auto-energy consumption in 48 U.S. states. (Alaska and Hawaii were excluded due to data limitations.)

Auto energy efficiency was determined by:

The top 5 for auto energy efficiency were, from best:

And the bottom 5 for auto energy efficiency were, in reverse order from worst to last: