Tesla is developing a bezel-less display technology with ‘holographic’ feature

Some people forget that Tesla was an early adopter of the large touchscreen display.

With Model S and Model X, Tesla didn’t have to worry much about bezels because the large 17-in screen is embedded into the dashboard.

However, Tesla went with a more minimalistic approach with the Model 3’s interior built around a 15-inch touchscreen display sticking out of the dashboard. 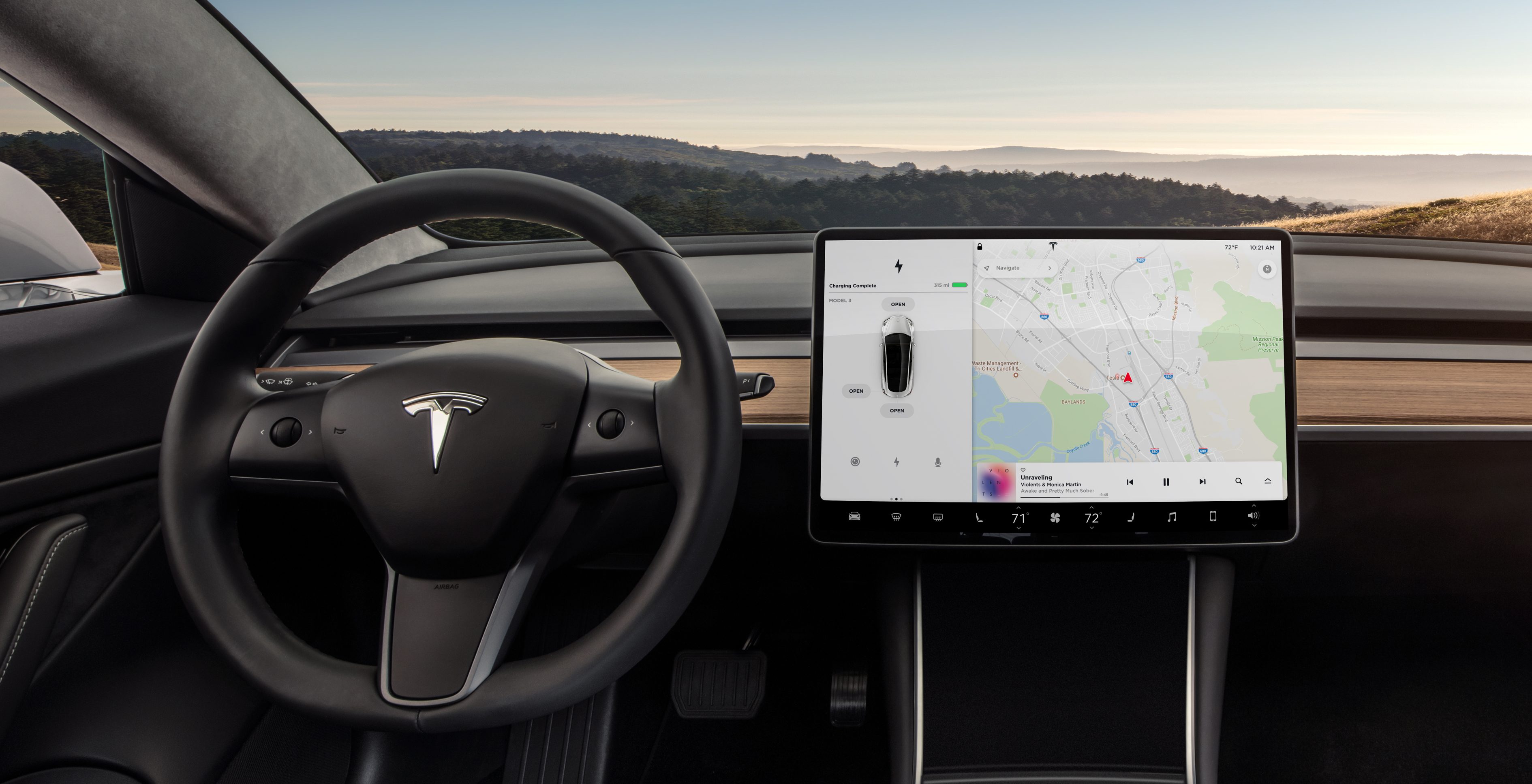 The idea is to make the interior more similar to the Model 3’s interior, but it also featured a bezel-less center display.

Here are some of those design images:

The design refresh appears to have been delayed to next year, but it looks like Tesla really wants to bring this bezel-less design to its vehicles and it doesn’t plan to rely on other people’s technology.

Tesla filed for a new patent application for a display screen with holographic glass around it that can “reduce or eliminate the visibility of a boundary between the displaying portions of the system and the non-displaying portions”, which is more commonly known as a bezel-less display.

The automaker describes the technology in the new patent application released today:

Here’s a diagram of a regular system compared to Tesla’s new technology:

Christos Gougoussis, a Tesla Senior Staff Engineer, is listed as the inventor of the design.

The engineer’s résumé is as impressive as it gets. He has a Ph.D. in physics from Pierre and Marie Curie University in Paris and he is an expert in quantum physics.

Before joining Tesla in 2016, Gougoussis worked for Tesla supplier Saint-Gobain where he worked on a variety of glass and thin-film technologies.

While Tesla would obviously want to use the display technology developed by Gougoussis in its in-car display, it could technically be used in other devices

The patent application shows drawings of mobile phones and tablets.