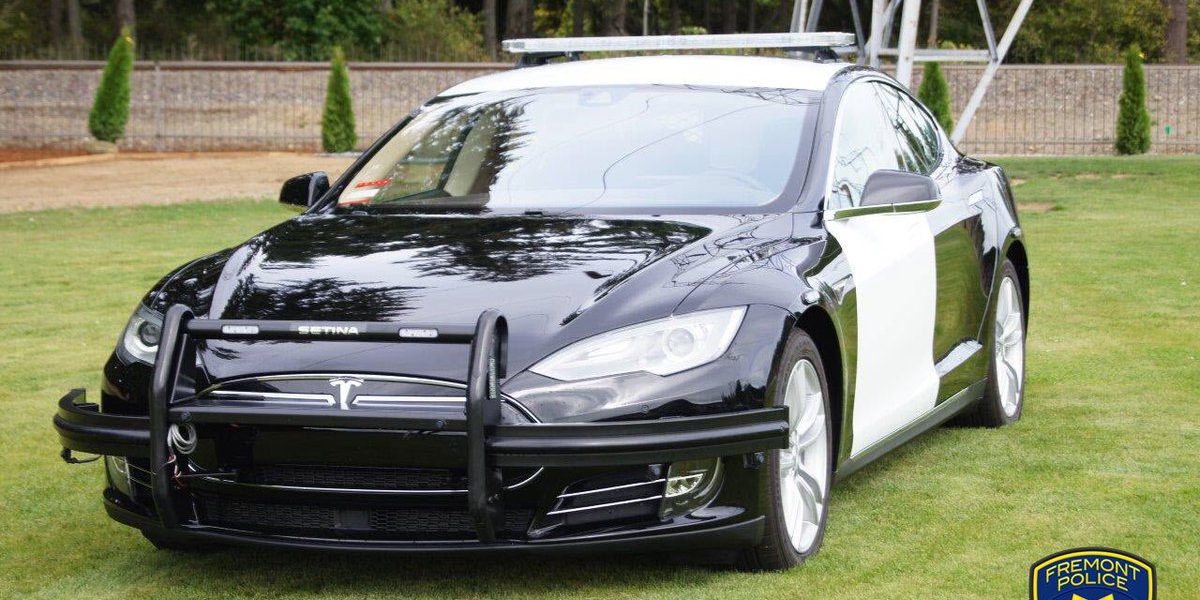 Fremont Police came to Tesla’s defense in a new statement last night after a misleading story about their Tesla police patrol running out of battery went viral.

Earlier this week, we reported on a strange incident involving a Tesla police cruiser nearly running out of battery during a chase.

We emphasized that it was a “user error” since an officer forgot to plug in the car to charge it after a previous shift.

Nonetheless, the story went viral, and many outlets reported it as a problem with electric vehicles instead of a simple user error.

Now the Fremont Police Department is out with a new statement clarifying the entire situation and praising the performance of their Tesla police patrol so far.

It turns out that the original local news story on which most of the reporting was based on was actually misleading:

In recent years, police radio traffic has become readily accessible through phone applications and its common practice for news media and even community members to monitor and even record. On Monday, a local journalist contacted our Department requesting additional details regarding the pursuit. The journalist subsequently wrote an article and released a portion of our radio traffic. Since that time, the Department has received numerous media inquiries regarding the vehicle’s battery. Unfortunately, public interest in the original story propelled it into the national spotlight.

The portion of the radio transmission focused on the officer in the Tesla patrol car, saying that he was running low on battery power, but the Fremont police say that the whole pursuit was being called off for safety reasons and it didn’t affect the pursuit:

The pursuit spanned approximately 10 miles and at times exceeded 110 mph. Regular updates regarding the speed, location, general traffic, and roadway conditions were provided by the second officer in the pursuit. Just before the pursuit ended at 11:13 p.m., the officer driving the Tesla responsibly notified his cover units he was going to have to back out of the pursuit because his battery was running low. Just after they passed the Montague Expressway exit, the suspect drove on the left shoulder of the road to pass a vehicle. At that time, the Fremont Police Sergeant monitoring the pursuit gave orders to terminate to ensure public safety. All three units deactivated their emergency equipment and returned to normal driving conditions. At that point, the Tesla was driven to a nearby charging station and the additional Fremont units returned to the City. CHP located the unoccupied vehicle in the area of I680 and the Berryessa exit. At no time did the battery of the Tesla become a factor in our ability to pursue the suspect or perform our duties. This situation, while embarrassing, is no different from cases where a patrol car runs low (or even dry) of fuel.

As we previously reported, Fremont’s police department bought a used 2014 Tesla Model S 85 to replace a 2007 Dodge Charger that was being retired in their fleet in order to test the electric vehicle to see if it’s viable as a police cruiser.

After the negative coverage following the incident, Fremont Police now confirm that the vehicle has already been involved in two other pursuits where it “met and exceeded expectations:”

Over the last six months, data on range, performance, equipment, and other elements has been gathered by officers through its use as a patrol vehicle. During this time we have documented two police pursuits, where the vehicle met and exceeded expectations. Our final results and data will ultimately help us determine if the EV technology meets current patrolling applications and cost effectiveness. We remain dedicated to our continued research into the benefits of using electric vehicles and the effects they have on our environment.

Captain Sean Washington even said that they are looking into now adding a Tesla Model X to their fleet:

So far, the vehicle is performing extremely well, and has exceeded our expectations. We are already in initial conversations about testing a second vehicle, likely an SUV model, and we look forward to providing our initial results in the near future.

The department emphasized that the range is not an issue at all. Their Model S outfitted for patrol gets about 220-240 miles per charge, and during an 11-hour patrol shift, Fremont patrol officers drive approximately 70-90 miles, according to the department.

They hope to share their initial data and feedback on the vehicle soon.