The latest shiny new $1,499 electric moped looks straight out of the future 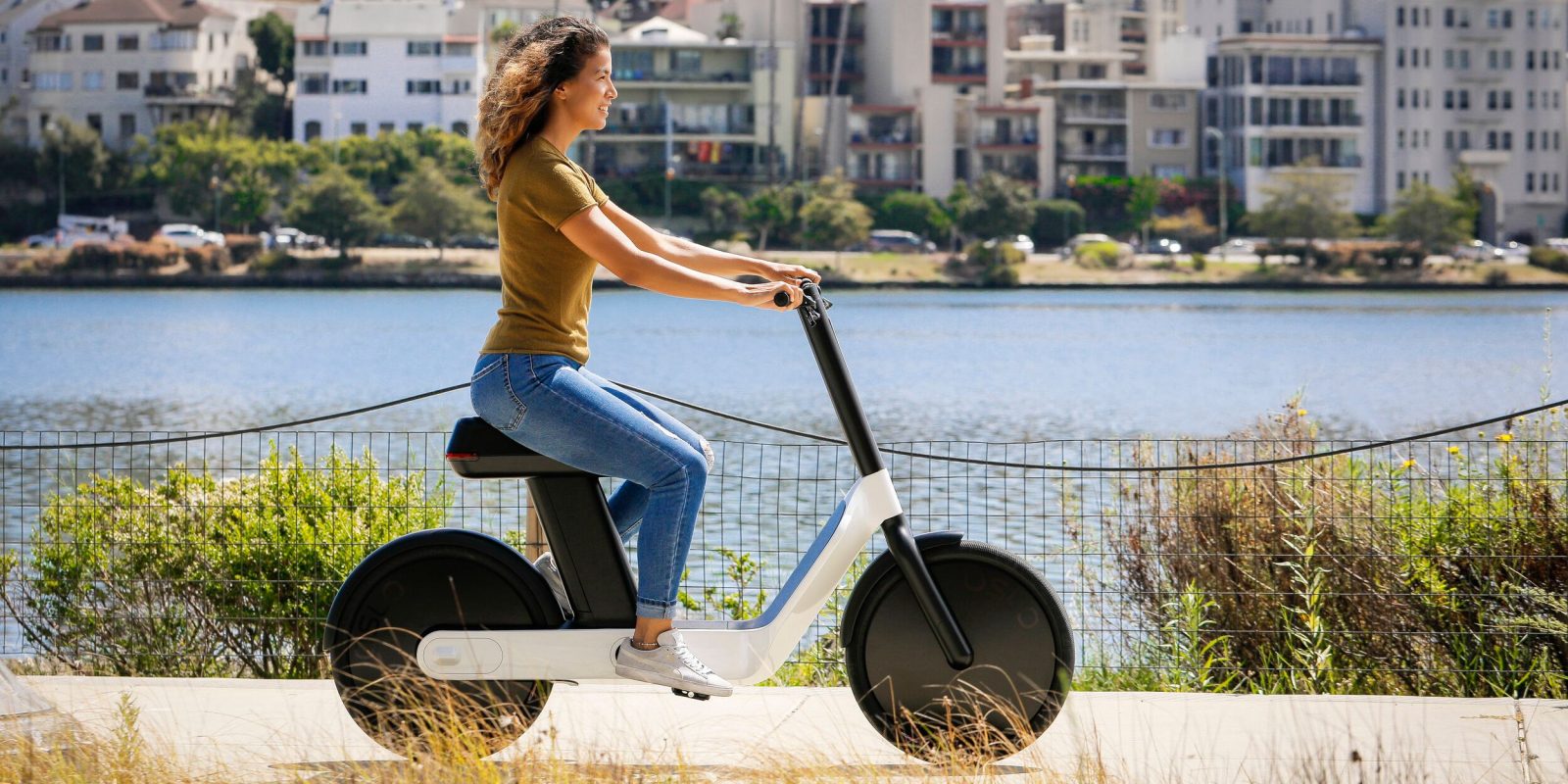 The new Karmic OSLO looks like no electric moped we’ve seen before. Half electric bicycle and half electric scooter, this one appears to be straight out of a science fiction movie.

When Karmic’s CEO Hong Quan first reached out to me about his new electric moped, I was a bit skeptical.

It is a Kickstarter, after all. And electric vehicle crowdfunding campaigns can be hit or miss.

But after I saw the new Karmic OSLO, and checked the company’s past record of successfully delivering on their crowdfunding promises, I actually became pretty excited about this new electric moped.

The Karmic OSLO is an electric bicycle with a hydroformed aluminum chassis and thermoplastic body panels. It comes with both pedal assist and a hand throttle, and is designed to reach speeds of 20 mph (32 km/h). That classifies it as a Class 2 e-bike in the US. 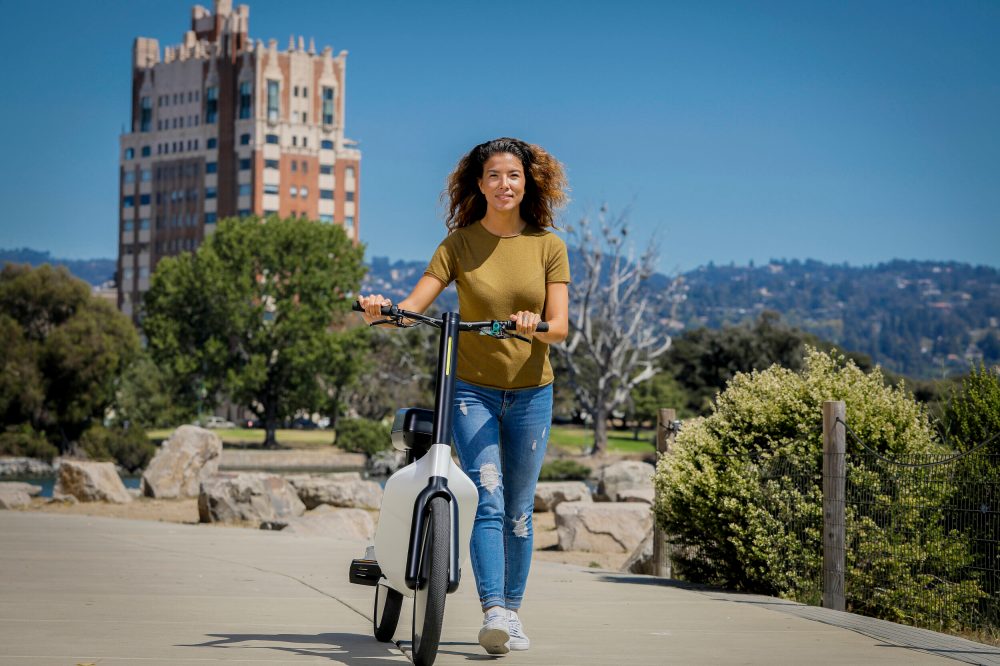 The 480 Wh removable battery is rated for 20 miles (32 km) of real-world range based on mostly throttle-only usage.

The motor is rated at a surprisingly low 250W, though very few 250W motors actually put out such little power. More often than not, they are higher-wattage motors that are underrated for regulatory reasons. Karmic also says they have a 500W version in the works as well, though, so there may be more power available in the future. 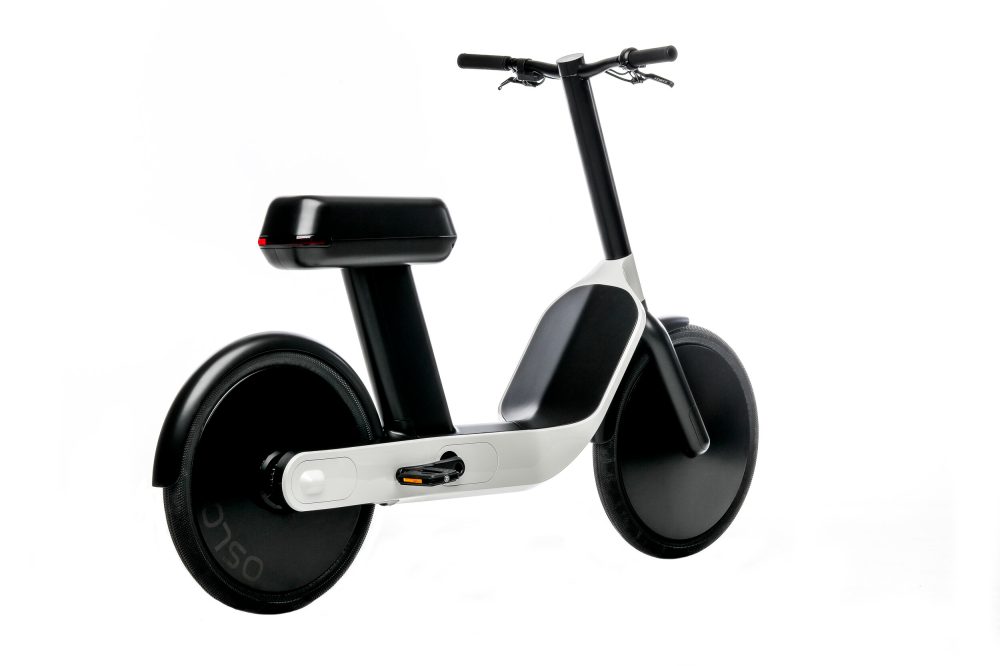 The Karmic OSLO features alloy wheels and wide tires for a stable, comfortable ride. Front and rear LED lighting is integrated into the bike and wraps around the rear for side visibility. Hydraulic disc brakes come standard, offering more powerful braking.

The structure is similar to a step-through scooter, making mounting and dismounting easier than a traditional electric motorbike. 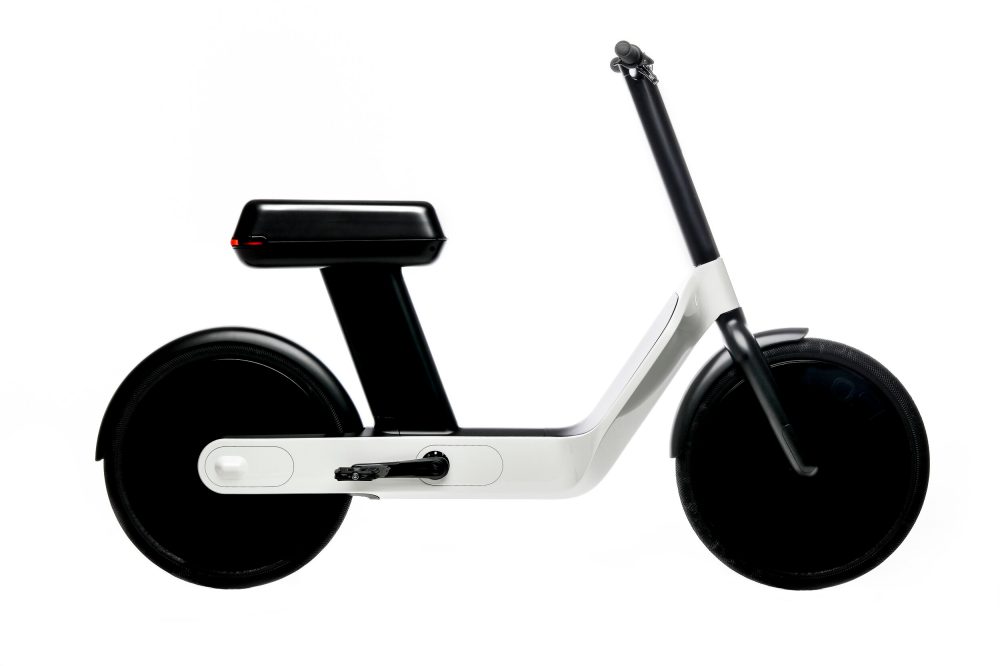 The OSLO is really easy to use and super comfortable to ride. It is the perfect hybrid of a bike and an eScooter, yet more comfortable and easier to use than either. The OSLO’s wide, long foam saddle hearkens back to the good ‘ol days when banana seats ruled the sidewalks. It’s wider tires cushion your ride and make for smooth sailing over the inevitable bumps and potholes in the road ahead. Fast is fun, but safer can be satisfying as well.

While the Karmic OSLO looks fairly expensive, you might be surprised by the price. At just $1,499 on Kickstarter, the Karmic OSLO is set to compete with other moped-style e-bikes released recently. Models such as the RadRunner and the Juiced Scorpion are a couple hundred bucks cheaper, but don’t offer the same futuristic design as the OSLO.

Though as I mentioned above, this is a Kickstarter campaign, so keep that in mind. Your pledge isn’t guaranteed to get you a bike, though the fact that Karmic has delivered before is certainly a confidence-builder.

The Karmic OSLO is pretty neat looking, if you ask me.

The design of the OSLO looks great, though. I love the lighting, the battery seems to have nailed it on both form and function, and the entire bike just looks nice to ride. It reminds me of the common scooter geometry seen all over China these days, except actually good looking.

I’m not sure I’m ready to pledge on the Kickstarter myself, but maybe that’s just because I have too many e-bikes as it is. At $1,499, this could be a steal of a deal.