We recently had the opportunity to attend the debut of the new Bianchi E-SUV line at Eurobike 2019.

While there was a pile of interesting and innovative electric bicycles on display, the Bianchi E-SUV still stood apart from the pack. This is certainly not your simple $700 electric mountain bike; it’s a premium example of Italian design and engineering.

The Bianchi E-SUV is actually a line of three different electric bicycles: The E-SUV Racer, E-SUV Rally, and E-SUV Adventure. 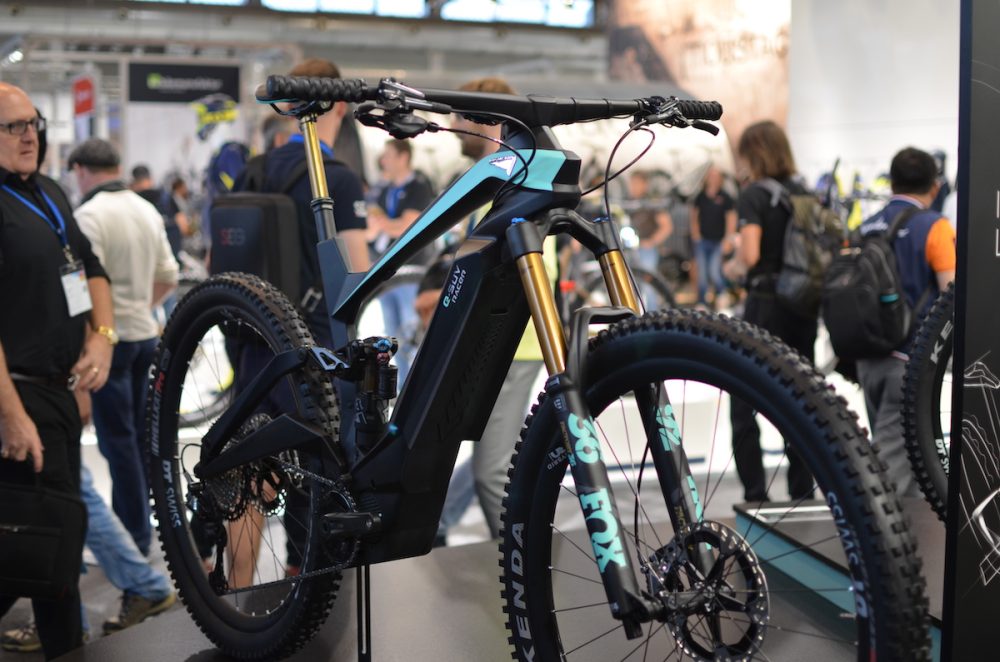 All three sport the same fully carbon frame and rear swingarm. The bikes offer 150 mm (6 in) of rear travel and focus on integrated design. That means integrated front and rear LED lights built into the headset and swingarm, integrated mudguards, a newly-designed custom 720 Wh battery with built-in ram air cooling and an overall motorcycle-inspired aesthetic.

Power is provided by a Shimano STEPS E-8000 mid-drive motor, a powerful but smooth motor that we’ve tested previously.

The aggressive and angular design is dominated by triangular forms, which Bianchi claims were inspired by the Dolomites, a mountain chain in Northern Italy.

Among the three models, the Bianchi E-SUV Racer is optimized for electric mountain bike racing and comes with the longest travel suspension fork of the three, at 160 mm (6.3 in). The E-SUV Rally is fully accessorized and includes upgrades like a 1,100-lumen front headlight that can throw a beam 200 m (650 ft) into the distance. It also sports mismatched wheels, with a 29″ tire up front and 27.5″ in the rear. The E-SUV Adventure is something of the dual-sport model and is optimized for both urban and trail riding.

Other innovations in the Bianchi E-SUV line include a fully integrated carbon handlebar, asymmetrical swing arm with elevated chainstay to reduce both chain impact noise and chainstay damage, and built-in mounts for GPS units or additional displays.

When it comes to price, make sure you’re sitting down. The Bianchi E-SUV ranges from €6,790 to €10,490, though it’s far from the most expensive bikes we saw at Eurobike. And you’ve got some time to save up too since the bikes won’t be out until March of 2020. Time to start counting those pennies! 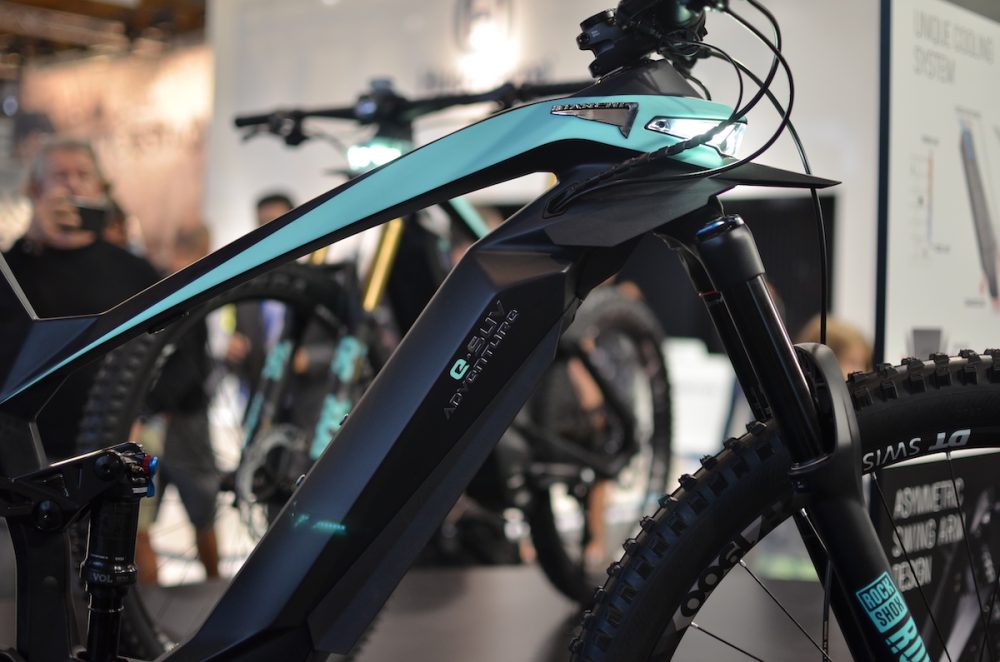 Pretty cool, if you ask me.

The carbon frame and swingarm are also beautifully designed. The whole bike just screams “premium”. And it is. Hence the premium price.

Personally, I’d be afraid to take this thing down a trail. That’s a big chunk of change to lay down sideways or take into a tree. But for those with more riding skills, confidence, and money than me, this would surely be a fun bike to ride!

The only thing jumps out at me as an issue is the size of the mudguards. Those little suckers are tiny and I can’t imagine them keeping you dry or stopping you from growing a rooster tail back there. I’m not sure where Bianchi was headed with those unless they were trying to prevent them from becoming an eyesore. If so, they might have achieved their goal at the cost of functionality.

But let’s hear what you think! Let us know your thoughts on the Bianchi E-SUV line in the comments below.