Tesla is helping owners who are in hurricane Dorian’s path by enabling more range on some vehicles for free, giving free Supercharging and enabling Powerwall’s ‘storm watch’ feature.

That’s happening while people are leaving their gas-powered cars at gas stations because they are running out of fuel.

Hurricane Dorian spun west across the Atlantic ocean and it is on its way to the east coast of the US in the next few days.

It grew into an even stronger Category 4 storm and it is expected to make significant damages on its path.

People living on the east coast of Florida, Georgia, South Carolina and North Carolina have been preparing for it and rushing to get supplies.

CNN reports that many gas stations are running out of gas and people are living their vehicles at gas stations:

“Miami resident Marion Wilkinson Scott told CNN on Friday he saw 12 cars that were left Thursday night at a Chevron on 152nd Street, five at a Mobile station in the Hammocks and two at another Chevron across from his house.”

Tesla vehicle and Powerwall owners don’t have the same problem.

Last year, Tesla added a new ‘Storm Watch’ feature to Powerwall in order to detect storms and prepare by storing energy in case of power outages.

The Tesla app notifies customers that Powerwall has activated Storm Watch. The mode remains active until the weather event ends, at which time the system returns to its previously selected mode. It is possible to disable this mode by going to the Tesla app, selecting ‘Customize’ and then ‘Storm Watch.’”

Powerwall owners in the path of hurricane Dorian are reporting that Tesla started to activate the feature: 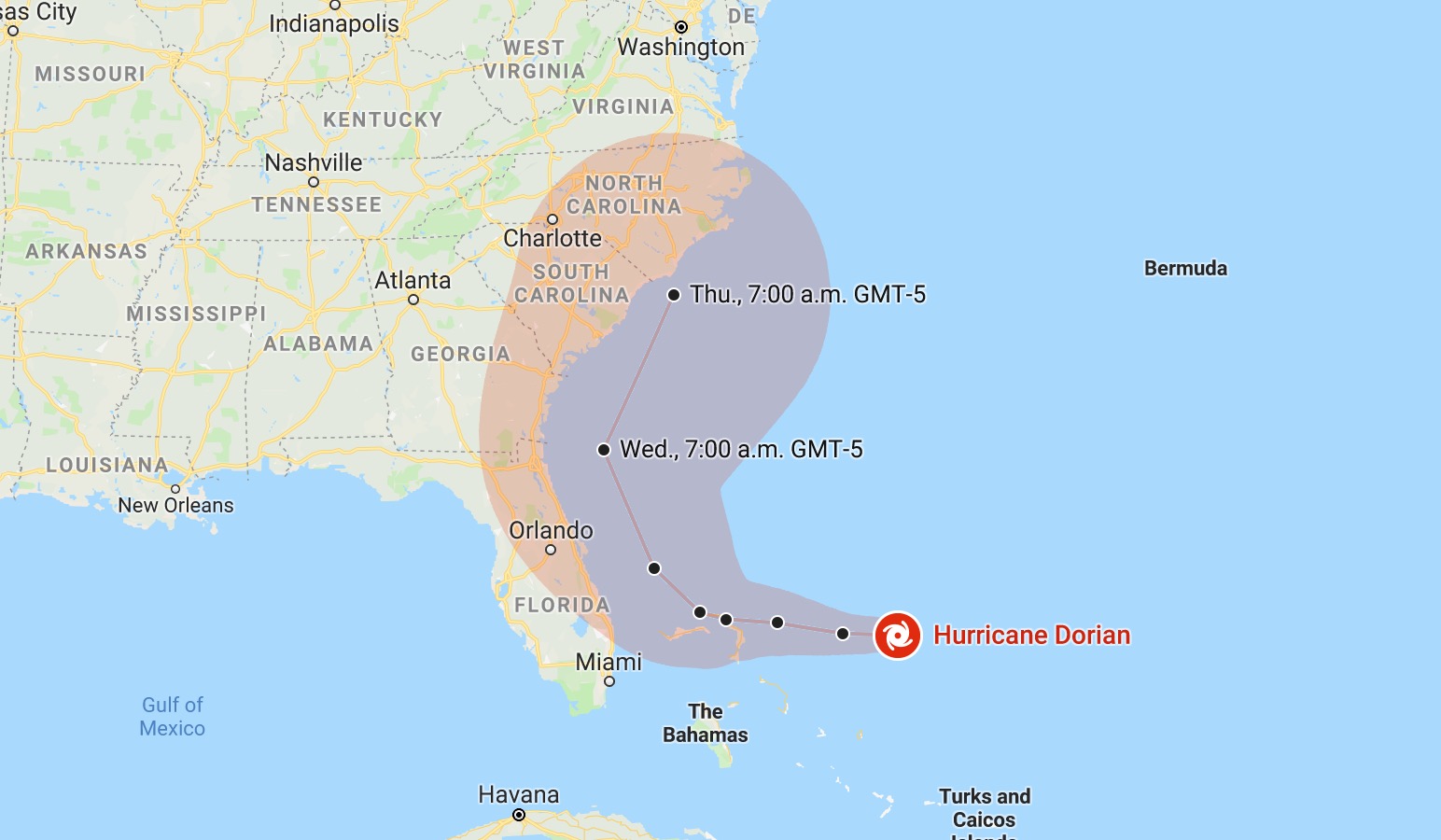 When it comes to the range, it doesn’t affect many owners, but it is still useful to a degree.

Tesla used to offer the option to buy a Model S or Model X with a 75 kWh battery pack software-locked at a capacity of 60 kWh. The option would result in a less expensive vehicle with a shorter range and the option to pay to remotely enable the longer range at a later stage.

In order to help owners evacuate if they need to, Tesla is enabling access to that extra energy capacity for free.

The automaker has been known to do that to help out owners during previous hurricanes.

Tesla did the same thing in Florida in 2017 when Hurricane Irma hit Florida and again the next year for Hurricane Florence.

The company also doesn’t take advantage of the extra travels during states of emergency and it generally offers free Supercharging in the affected areas.