Tesla Sentry Mode, a security system built into Tesla vehicles, has helped the police in another Tesla break-in in California.

I was on my way home from work and stopped to pick up some dinner for my wife and me. So I parked it in the parking lot over near the mall, turned on the Sentry Mode, and went into the store.”

I was standing in line, and I got the notification on my phone that Sentry Mode had been activated, and then right after that, I got that the alarm had been activated. So I left the line, came out and looked, and the window was smashed and my laptop was gone.

Tesla’s Sentry Mode caught the break-in on video, and Widick called the police to give them the video:

The Fairfield police have credited Tesla’s Sentry Mode for helping them quickly identify at least one of two people involved in the Tesla break-in, 24-year-old Alvin Lovett.

[Lovett] is the one that we have probable cause to arrest at this time. He also has warrants for his arrest out of other jurisdictions in the area, and one of those has been mentioned to be a weapons charge. So we ask the public not to contact him if they do see him. Just call your local authorities and report that so they can deal with it.

The police said that the second man involved in the break-in hasn’t been identified yet, even though Tesla Sentry mode caught good footage of him: 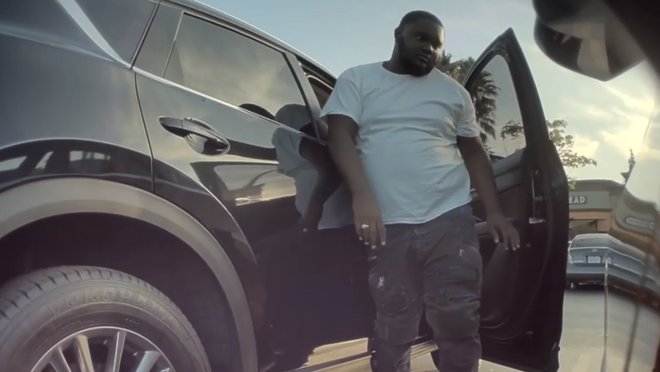 They hope that the public will help identify him.

The police were really impressed by Tesla Sentry Mode:

The first time I saw the video… I was blown away at how clear it was. So it does help us greatly because we can send it out to our partners in law enforcement. If they can help identify somebody, great. And then, ultimately, what we will do a lot of times is we will put it out on our social media platforms to the public and help us find out who this person is.

The feature has been active in Tesla vehicles for months, and it has already helped the police in many cases.

It was first developed to address a growing problem with break-ins that Tesla owners were dealing with, especially in California, but it is now proving useful in other situations.

Several Tesla owners have captured instances of vandalism on their cars with the feature.

Earlier this year, a Tesla owner posted a video of two men keying his car for no apparent reason, and the men turned themselves in after the video went viral.

At this point, it has also led to many arrests:

As more of these incidents become public, hopefully, thieves should learn to stop messing with Tesla vehicles.