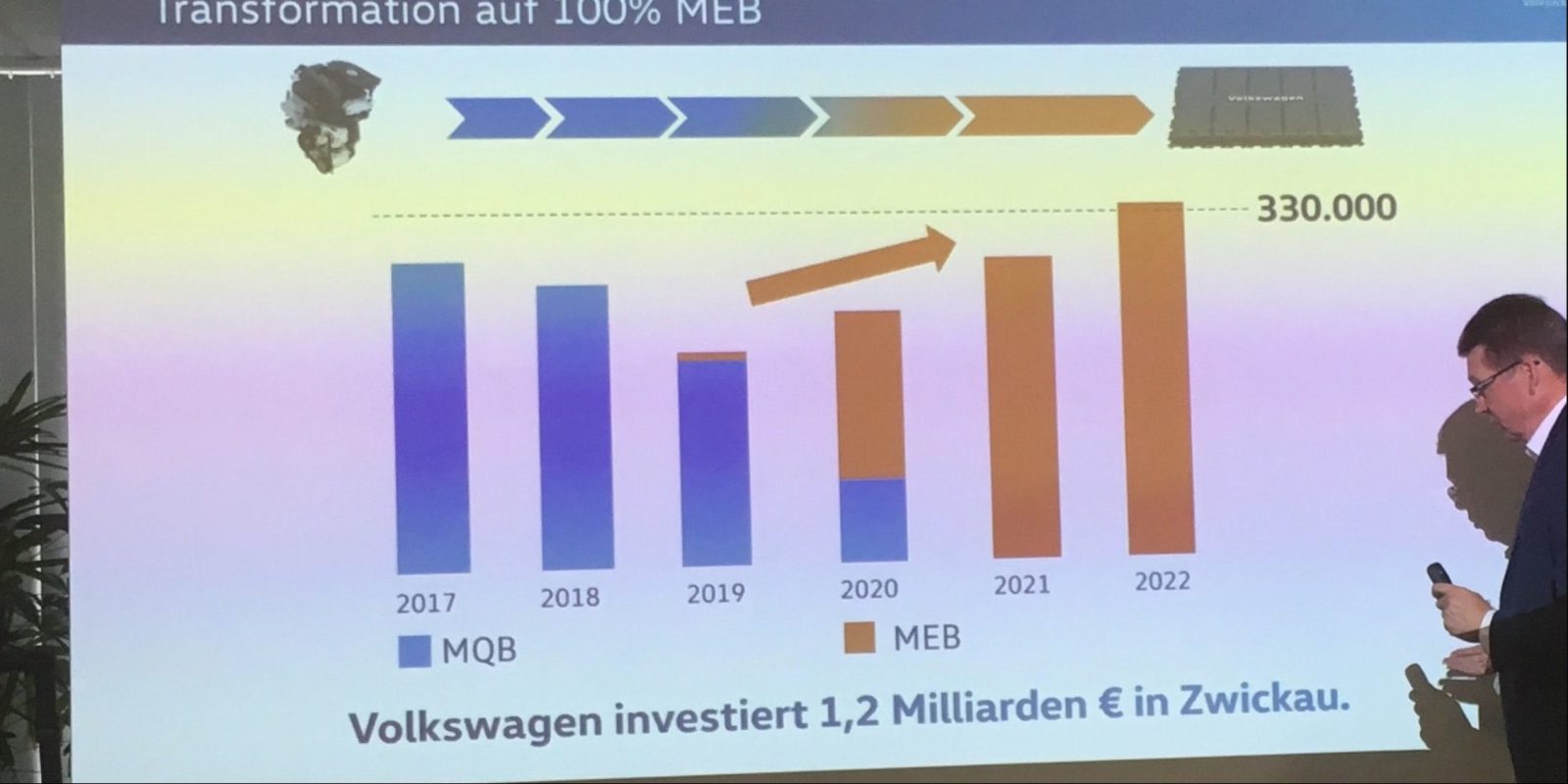 The effort to electrify the car industry has been approached in several different ways.

Tesla is definitely the leader with a larger production capacity than the competition.

Established automakers have been having more troubles as they see a need to protect their gas-powered car business as they move toward electric vehicles.

For example, companies like Hyundai, BMW, and Mercedes-Benz are instead making multi-powertrain platforms so that they can incorporate electric vehicles gradually into their existing production lines.

A BMW executive told me that they are doing that so they could slowly increase production based on customer demand.

This kind of approach is mainly being adopted by automakers who expect a very slow adoption of electric vehicles over decades.

Volkswagen is taking a different approach.

The German automaker is investing heavily in an all-electric platform, and more interestingly, they are converting entire factories where they currently produce gasoline-powered vehicles entirely to electric vehicle production.

Several factories are set to undergo this conversion, but the first one is VW’s Zwickau factory.

This leads to the important chart.

Volkswagen released this chart showing how fast they are completely converting Zwickau to electric transport in a short period of time starting this year (picture via Matthias Schmidt on Twitter): 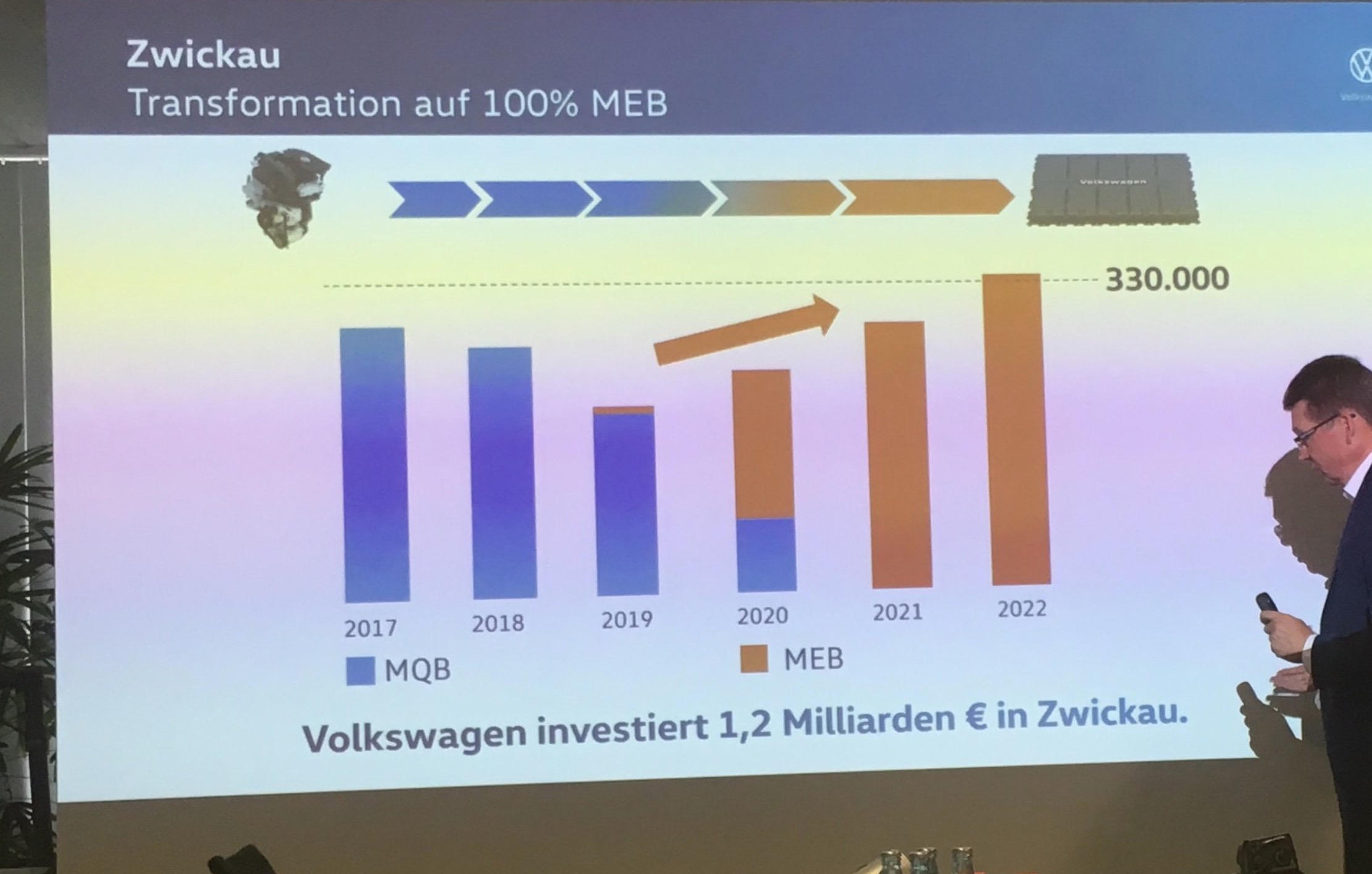 That’s going to be an electric vehicle production capacity of over 300,000 cars per year, which is pretty rare outside of Tesla’s Fremont factory in California.

The first electric vehicle to be produced at the factory is the ID3, an all-electric hatchback that VW is set to launch later this year.

Earlier this year, Volkswagen revealed some specs of the VW ID.3 electric hatchback, which will start at less than €30,000 and have over 330 km of range.

Some versions are supposed to have over 500 km of range.

This is great. We are talking about converting a massive plant to electric car production over just over two years. That’s quick.

I think this more aggressive approach by Volkswagen, which has arguably been forced onto them after the Dieselgate fiasco, will prove successful and could influence other automakers to do the same.

At Electrek, we think that electrification will happen much faster than most people in the industry think right now.

As the number of compelling electric car models increase rapidly in the next three to four years, it’s going to become clear to most buyers that electric cars are going to be the norm in the next few years, and it will make it very hard for them to buy gasoline-powered cars because the projected resale value is going to be extremely bad.

This shift is going to be very disruptive, and I think charts like this one are going to pop up at many factories around the world.