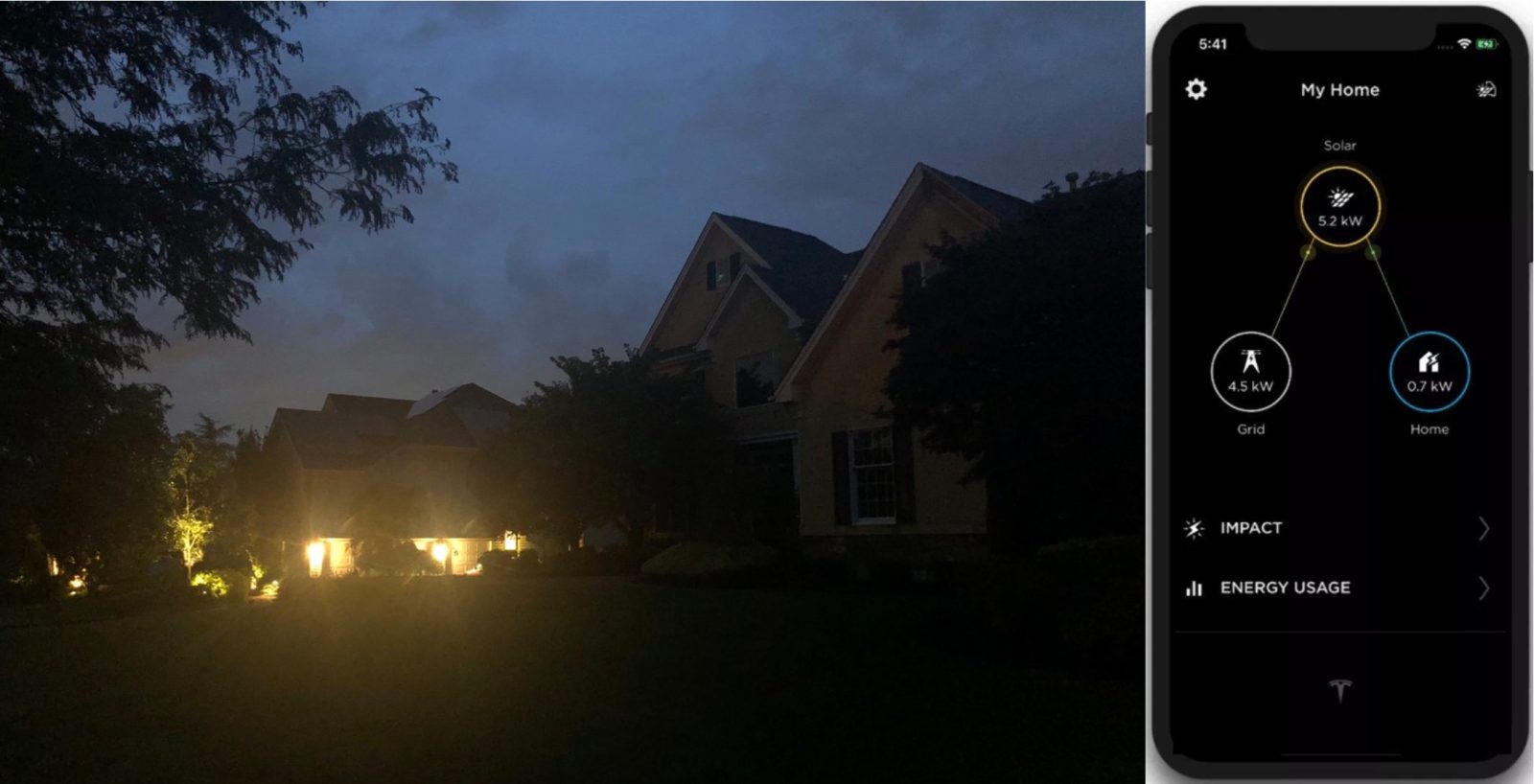 Tesla is starting to ramp up the deployment of Powerwalls and it is proving useful for many homeowners.

Today, Tesla shared a picture of a Powerwall house with lights on while a power outage plunged an entire neighborhood in the dark.

There are a few different use cases for Tesla’s Powerwall.

Homeowners can use it to reduce their power use during peak demand in order to reduce their electricity bills, which can be even more beneficial if combined with a solar power system.

It can also be used for backup power in cases of power outages.

Tesla has recently launched new hardware, Tesla Gateway 2, in order to facilitate the use of Powerwall for backup power.

The battery packs have already proved useful in dangerous situations, including keeping the lights on in Puerto Rico after the hurricanes.

Today, Tesla shared another example with pictures of a homeowner with Tesla solar and Powerwall being the only source of light in their neighborhood in New Jersey that was plunged in the dark after a power outage:

When the grid goes down, stored energy in Powerwall means you can:
• keep the lights on
• do your laundry
• play videogames instead of taking this rare opportunity to connect with your loved ones. https://t.co/SyRMHfpXFy

Home energy storage is still fairly rare, but we are starting to see more examples as Tesla is finally starting to ramp up production.

Over the last few months, Panasonic increased production capacity at Tesla’s Gigafactory 1 from 23 GWh to a ~28 GWh annual production rate and some of that capacity went to Powerwall and Powerpack production.

The company confirmed that “Powerwalls are now installed at more than 50,000 sites” around the world.

That has to be a great demand driver for Tesla Powerwalls and other home battery packs.

When there are extended power outages and you see your neighbor being the only one with lights on, you start asking yourself some questions and looking at possible solutions.

Tesla is definitely ramping up production of Powerwall, but you shouldn’t be surprised if you have had a reservation for a long time and Tesla still hasn’t contacted you.

The company is still only deploying the devices in some specific markets and it could be a while before they expand in other regions with installers.