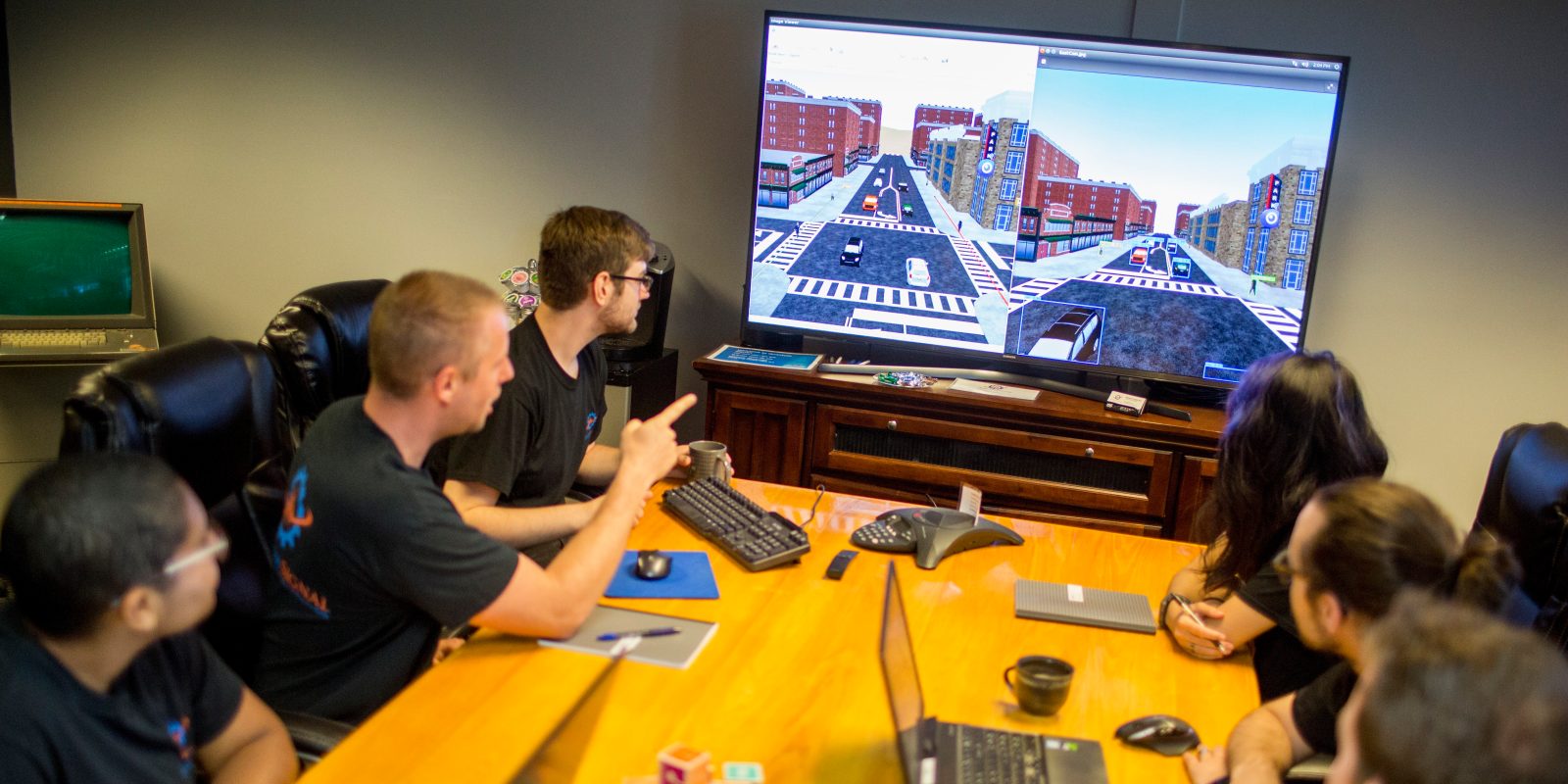 Ford announced that it has acquired Quantum Signal, a mobile robotics defense contractor, to aid with its self-driving car development.

The automaker did not disclose terms of the deal. Quantum Signal, founded in 1999, has a number of mobile robotics clients, including the US military. It has experience in developing software that remotely controls robotic vehicles, and the company’s website showcases its ANVEL Autonomous Vehicle Simulation Software.

ANVEL is described as “an interactive, real-time modeling and simulation software tool built specifically to assist in the research, design, testing, and evaluation of intelligent vehicle systems.”

A Medium post from Ford Autonomous Vehicles CTO Randy Visintainer touches on ANVEL, and discusses how the automaker plans on using Quantum Signal to boost its own self-driving development:

To further advance its goal of launching a self-driving vehicle business, Ford has acquired Quantum Signal and will make use of its extensive experience in real-time simulation and algorithm development to develop its Transportation as a Service (TaaS) platform, as well as vehicle controls that support the customer experience, functional safety and other vehicle systems. The wide range of the group’s work portfolio means it will be able to support Ford in numerous areas as the company develops self-driving vehicles and transportation as a service business, including software development and hardware prototyping.

Visintainer writes that Ford plans on preserving the Quantum Signal team and keeping its culture intact — something the carmaker has done before and is “currently doing it again with a machine learning company that joined Ford almost three years ago,” Israel-based machine learning startup SAIPS.

Of course, Ford also has its own US-based self-driving unit, Pittsburgh’s Argo AI. Argo recently secured a multi-billion dollar investment from Volkswagen in the recent Ford-VW deal focused on EVs and autonomous driving.

Ford is still aiming to launch a fleet of self-driving cars by 2021, and the acquisition of Quantum Signal is another step toward helping the carmaker meet its own deadline.