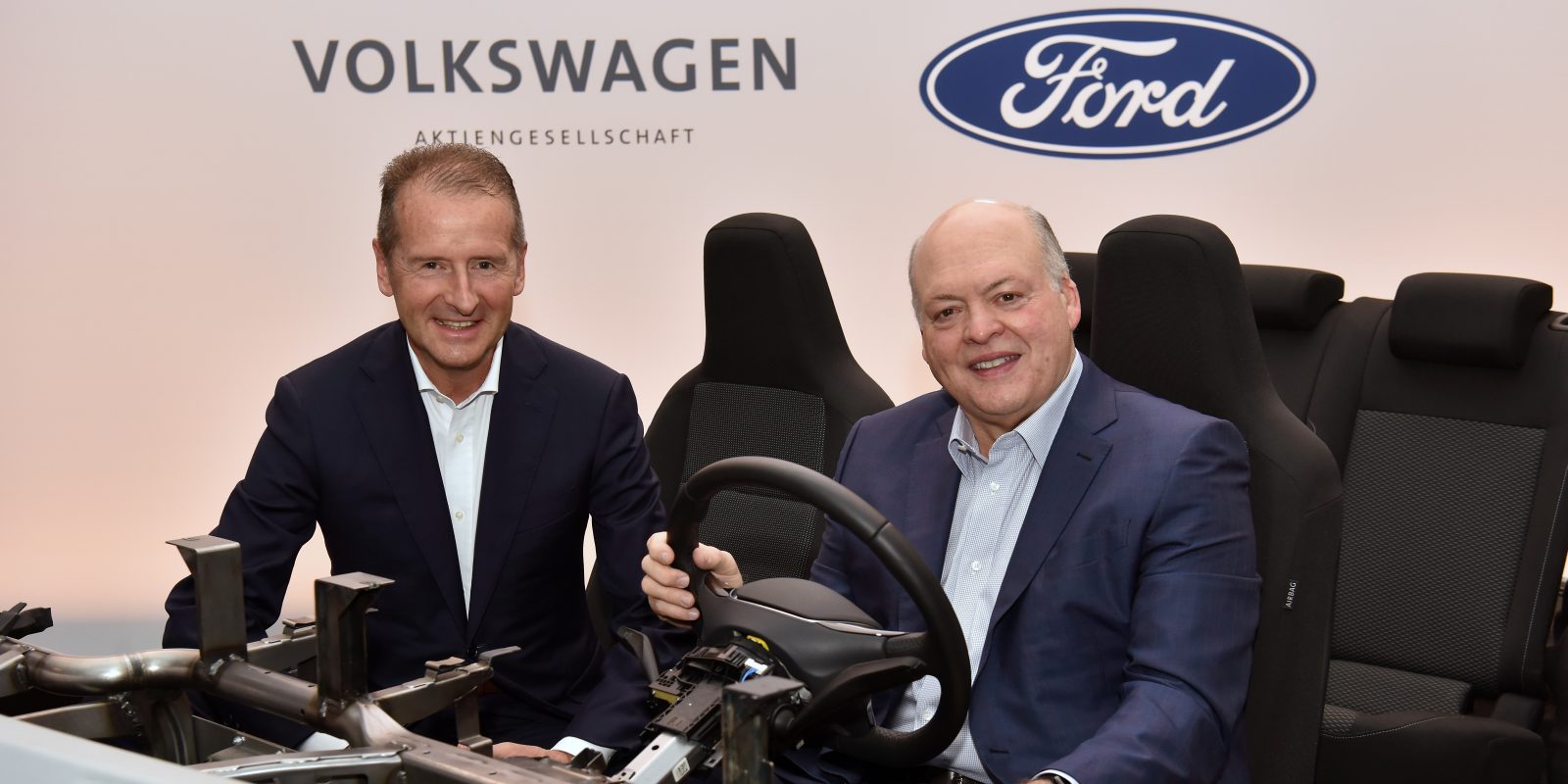 Volkswagen and Ford have announced the long-expected expansion of their alliance, as the two companies will collaborate on electric and self-driving cars.

The carmakers first announced their global alliance in January, and at the time, they discussed expanding it to include EVs and other tech. Later reports noted VW was set to invest in Ford’s self-driving subsidiary Argo AI, and all recent signs have pointed to the expansion as imminent.

Ford will use VW’s MEB electric platform for 600,000 vehicles, on an all-new EV model that will arrive in Europe in 2023. It will be designed and built in Europe, and VW will supply MEB parts and components.

As part of the alliance, “both companies also will continue to target additional areas where they can work together on electric vehicles – a key strategic priority for both companies as they drive to accelerate the transition to sustainable and affordable mobility.” Ford CEO Jim Hackett said during a livestreamed press conference that a second EV model may be in the works, as well.

During the press conference, an investor asked the two CEOs why VW’s MEB would only be shared in Europe, and Hackett said that Europe’s market is moving faster toward zero emissions, and noted Ford’s own EV pursuits in the US. Ford is also making an EV with Rivian.

Volkswagen will invest $2.6 billion in Argo, through $1 billion in funding and contributing its own $1.6 billion Autonomous Intelligent Driving (AID) company. VW will purchase $500 million worth of Argo shares over the next three years. Ford will also invest $600 million in Argo, fulfilling its $1 billion cash commitment. Argo will treat the two companies as separate clients, but there looks to be some collaboration.

This deal has been the worst-kept secret in the automotive world for some time. Volkswagen is fully embracing electric cars after Dieselgate, and this alliance will bring at least one new Ford EV into the fold, if not more.

Still, we were hoping to hear more than a commitment to one new EV… four years from now. We also don’t know what this will mean for the US EV market. Ford will pursue its own dedicated EV platform, the one confirmed EV here is only meant for Europe. Both CEOs hinted at the possibility of more collaboration down the road, though the answer seems like it could be — nothing.

The VW-Ford EV alliance is just beginning, so perhaps it will bear more fruit later on as it continues and deepens. It’s a major partnership, but on the electric front? It’s underwhelming.

It’s also a lesson to CEOs: if you don’t start building your own EVs, others may have to do it for you.