We want to thank Nissan for inviting us out and putting us up for their Formula E event in Brooklyn for the second straight year. The three-day event is filled with information on not only their Formula E docket but also on general mobility.

On consumer cars, they didn’t have much to say on the record, but we’re out here reading the body language and on our way to some information…

As for the Formula E event this weekend, Nissan is mathematically eliminated from the possibility of winning the championship but are aiming for second place. 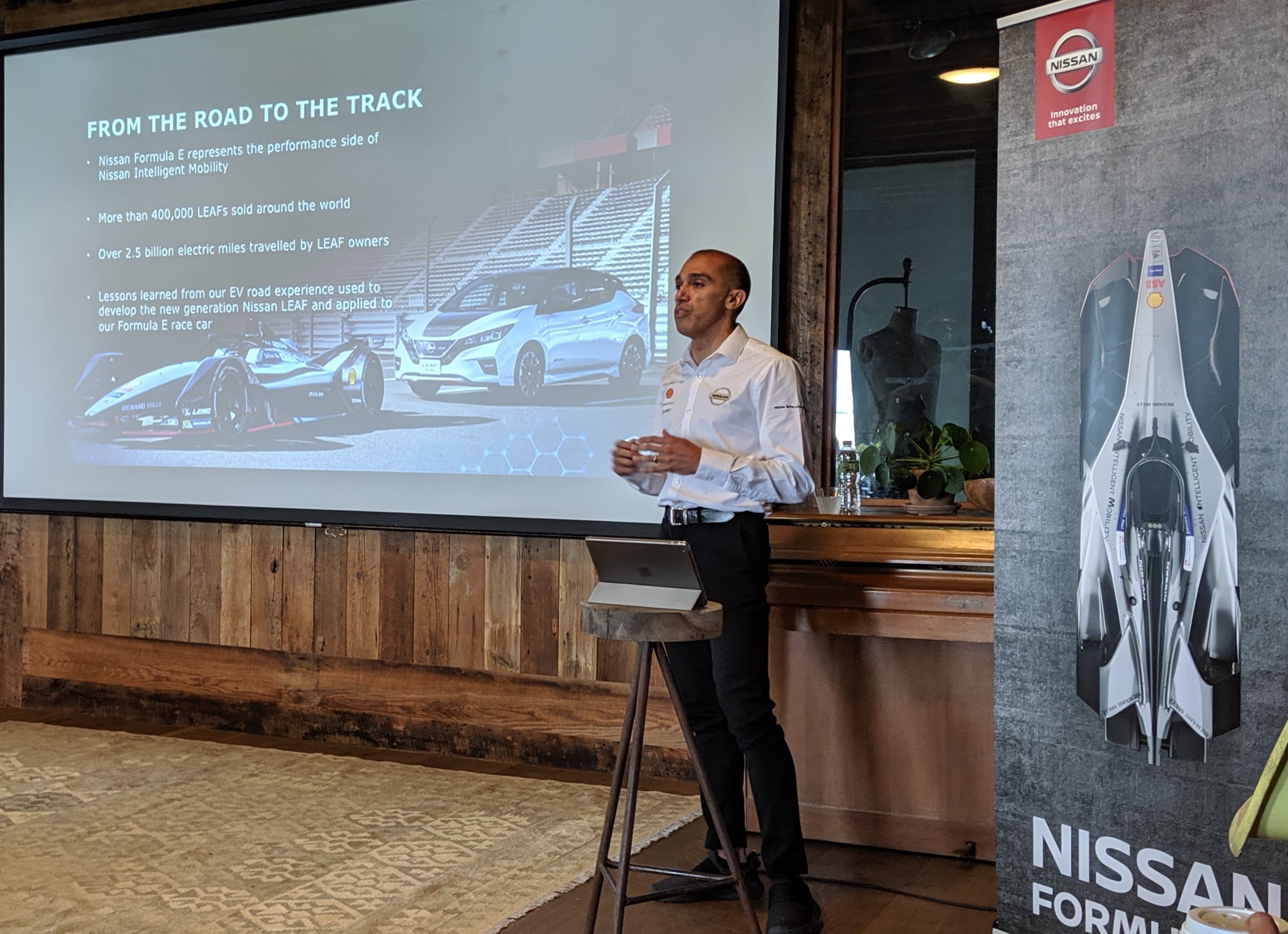 I encourage anyone in the area to come out to Red Hook in Brooklyn to watch the event (give me a shout on Twitter). Last year was brutally hot, but this year it will only be in the 80s. Besides the racing, there are a ton of showcases for all of the automakers on their new EV technologies for consumers. We’ll have a report on the Harley-Davidson Livewire from the paddocks shortly.

More on Formula E from Jamie