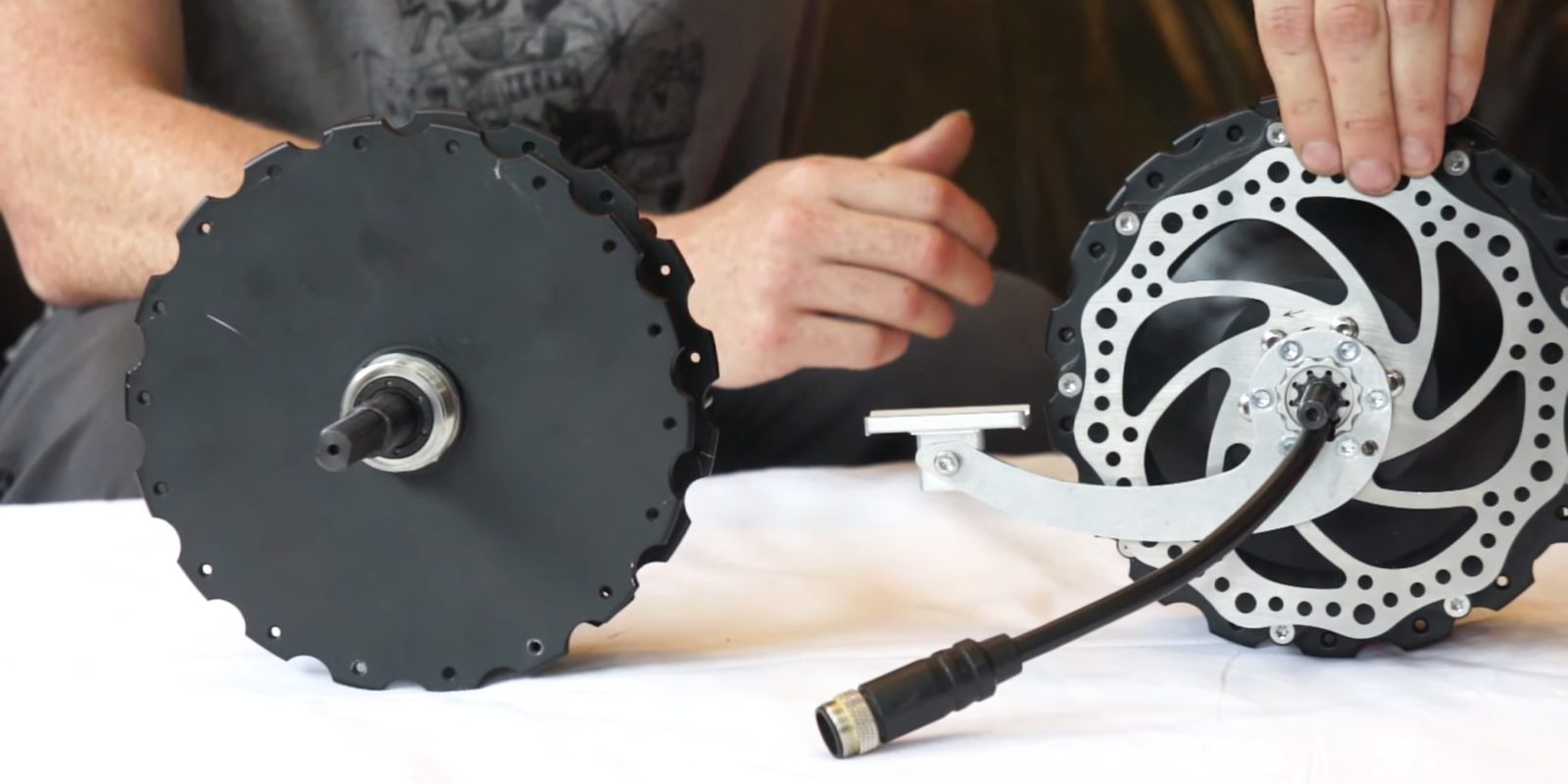 For as long as e-bike hub motors have existed, there have been two main types: geared and direct drive. The former are lighter and provide more torque, while the latter usually offer more raw power and the ability to use regenerative braking. But now Grin Tech is unveiling the new GMAC e-bike hub motor that manages to combine the benefits of both, creating a leap forward in the industry.

Geared hub motors are much more common on most retail e-bikes than direct drives because they allow smaller, lighter motors that provide more torque with less mass. To eke more power out of these smaller motors, MAC motor built one of the largest geared motors available. It’s a great motor, but it always had a few flaws, not the least of which was that it couldn’t offer regenerative braking.

Grin Technologies, a Vancouver-based electric bicycle parts manufacturer, teamed up with MAC to improve the motor. The result is the GMAC, which offers a new clutchless design and thus enables regen braking, even with a smaller, lightweight geared hub motor. 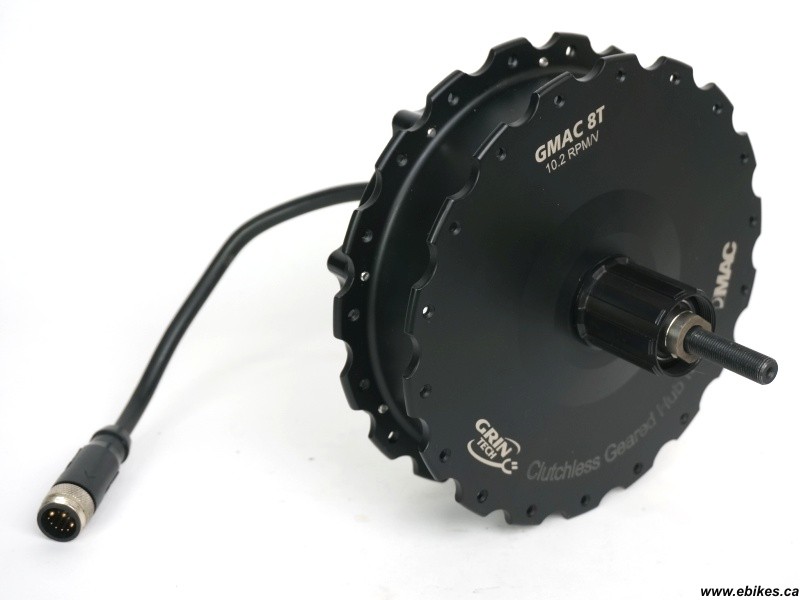 While regenerative braking in e-bikes usually only offers around a 5% increase in range during city driving, its braking benefit is often more important than its efficiency gains. Due to the higher torque found in geared motors, the GMAC is able to bring a fast moving e-bike to a dead stop without relying on physical brakes. That means more powerful braking and less brake maintenance for e-bikes. And I’m sure no one will say, “No thanks,” to a free 5% range increase, either.

Because MAC motors have rarely been used on retail e-bikes, their exact power rating is hard to pin down. While they are often listed as 500-750 W motors, it is not uncommon to see them being used in 1.5-2 kW or higher applications, and are known to handle high power use (and abuse) quite well.

In addition to the new clutchless design, the GMAC has a number of other advancements. The traditional 14 mm axles with 10 mm flats on the old MAC motors were replaced with a solid 10 mm axle without flats. The flats on the old axle were designed to prevent the motor from spinning in the bike’s wheel dropouts, which would destroy the motor by tearing out the wires. But it was never a great solution and always required an additional torque arm for safety. The new GMAC motor has a built in splined axle design that allows the use of a more advanced press fit torque arm. It also allows the wire to exit from the side of the axle instead of from inside a hollow axle. The solid axle is much stronger, reduces the chance for wire damage on a tip-over, and allows for a higher quality overmolded electrical connector on the motor wire since the axle hardware doesn’t need to pass over the wire. The larger overmolded connector on the GMAC motor even has extra pins for a temperature and speed sensors.

Of course the new GMAC motors aren’t cheap. They’ll cost you around $475 for the bare motor. That’s a pretty penny in the world of DIY e-bikes. But as with all new technology, you’re paying for a big part of the development costs of the motor. Prices are likely to come down with time, and we may even see other motors adopting similar designs.

See Justin Lemire-Elmore from Grin Tech show off the new GMAC motor below:

While the other changes are nice, the ability to offer regenerative braking is without a doubt the single largest improvement in the motor. I don’t think it’s an overstatement to say that this is the biggest innovation in e-bike hub motor design in over a decade.

Of course that’s helped by the fact that there has been almost no advancement (or significant updates) in e-bike hub motors in the last decade, but my point still stands.

This is a giant leap forward because it allows riders to finally access the power of motor braking found in direct drive motors while still retaining the higher torque and smaller package of geared motors. The MAC motor was always a favorite of mine because it was the geared motor with the closest performance to big direct-drive motors. Now it is likely better than a lot of bigger direct-drive motors, thanks to the GMAC’s new improvements.

Bravo to the innovative folks over at Grin Technologies for bringing this motor design to market!