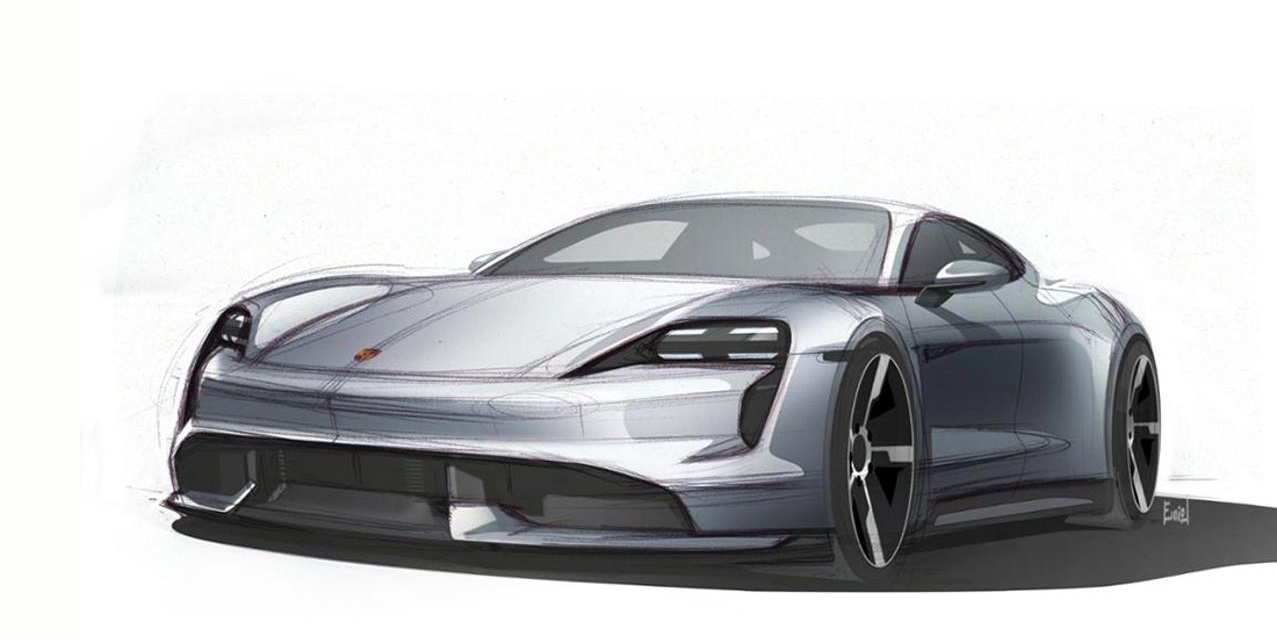 Porsche has unveiled the first detailed exterior sketches of its upcoming Taycan electric sports car, giving us another glance at what the production model will look like when it debuts in September.

Unsurprisingly, the drawings bear a strong resemblance to the Mission E Concept, but we like the sleek look and the angles seen here.

Along with the sketches, Porsche’s Head of Style Michael Mauer talked about the Taycan’s design, who said “we have redefined the architecture of purely electric vehicles to a certain extent.” Mauer continued,

The Taycan is absolutely unique in terms of its proportions. Usually, purely electric vehicles are higher than their conventionally powered counterparts because the relatively heavy and large batteries are positioned in the floor of the vehicle while the occupants sit above them. We were not willing to accept this. However, you can’t just install the batteries in a different place – for reasons relating to driving dynamics alone – as the centre of gravity must be as low as possible. Because you also can’t just make the vehicle wider, the specific challenge was to position the passengers as low as possible without them having to assume a reclined position like in a Formula 1 racing car. We solved this with so-called “foot garages”. They enable a comfortable sitting position even in conjunction with the sporty vehicle height.

Mauer also commented on the Taycan’s headlight design, with its light source located in an air intake:

One of the crucial elements we have defined in this context is the shape of the headlights. We have invested plenty of development time in this element and developed a concept that we are now showing in detail for the very first time, around three months before the world premiere. It goes further than with previous models and is characteristic in terms of the product identity of our purely electric vehicles. The four-point daytime running lights, which are not as dominant today, are not only evident from the light pattern, but also from their shape.

We’ve seen some Taycan prototypes in the wild in recent months. The prototypes have body camouflaged on them, but we have been able to see some production design features.

Here are a few more sketches revealed by Porsche, including an up-close rendering of the headlight design.

Porsche also said earlier this month that it will deliver fewer than 10,000 units of the Taycan this year, with annual production ramping up to at least 20,000 units in the future.