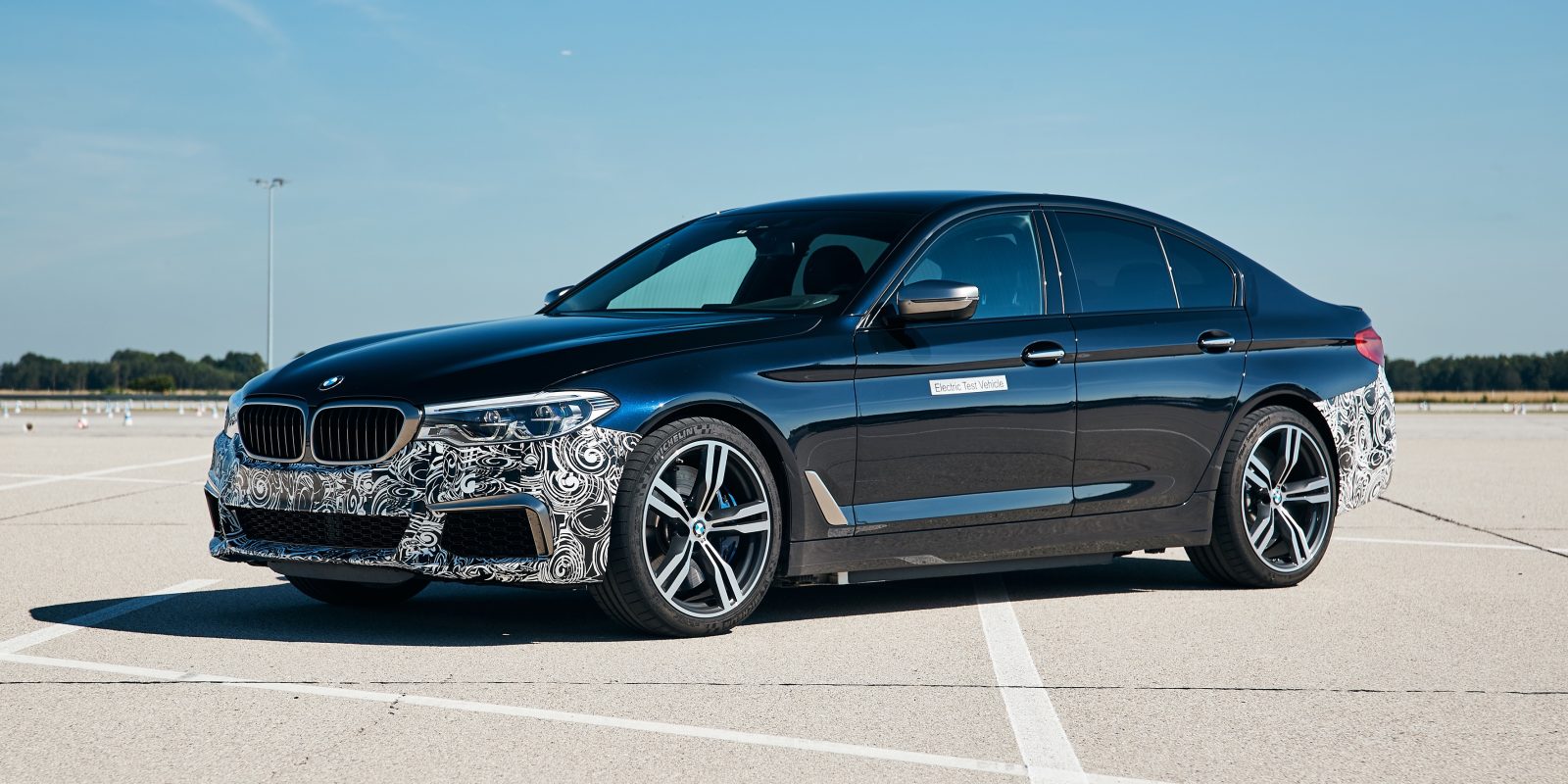 The three drive units all contain a motor, power electronics and power take-off within one housing — one is mounted on the front axle, with the other two forming a double drive unit on the rear axle. That the same configuration as Tesla’s upcoming next gen Roadster.

As BMW has previously indicated, this new generation’s motor is free of rare earths.

Power BEV project manager Matthias Stangl also told CNET the vehicle has 7,375 pound-feet of torque — similar to the base model Tesla Roadster’s stats. The publication compared the torque to the power of three semi trucks.

BMW says this type of electric motor will debut in its iX3 all-electric SUV, which is set to hit the market in 2020. The iX3 will only have one such motor, unlike the three-motor Power BEV. So just one semi.

BMW offered more insight into what it was going for with the creation of the vehicle:

The development team’s aim here was to build an experimental vehicle which impresses not only with its longitudinal dynamics but also in terms of lateral dynamics. Indeed, as drivers would expect from a BMW, it has been designed not only to be fast in a straight line but also to put a smile on the driver’s face thorough keenly taken corners.

To this end, the chassis and powertrain engineers worked together particularly closely to maximise the car’s performance. Key to its dynamic attributes is that the two electric motors at the rear axle are controlled separately. This brings e-torque vectoring into play, which enables maximum drive power to be translated into forward propulsion even in extremely dynamic driving manoeuvres.

BMW believes the Power BEV’s unique setup will help the carmaker determine the proper technology for future production EVs. Here are a few more pictures of the vehicle:

Whoa, this is what I want to see from BMW. This car is reminiscent of the Schaeffler Audi that was retrofitted with 4 repurposed Formula E motors. Like the Schaeffler, BMW promises torque vectoring between the wheels offering improved cornering and handling.

The 10,000Nm or 7000+ foot pounds of torque is a little misleading because it is measured at the wheel after a gear reduction but it is still quite powerful.

Oh, and interestingly they camoed the bumpers of this car yet left the ICE grill on so we were somehow able to still figure out that this is a BMW.