Elon Musk’s Boring Company has paved its test tunnel under Los Angeles with asphalt and it is now giving test rides to some VIPs in a Tesla Model 3.

The Boring company has a mile-long tunnel under Hawthorne near SpaceX’s headquarters in Los Angeles.

They used the tunnel to develop their boring technology and test their transportation systems that they are developing for what they have been calling a ‘Loop’.

As commercial applications of the Loop system, like the Las Vegas Convention Center Loop and the Chicago Loop, are moving forward, the startup is fleshing out its transportation system at the test site in Los Angeles.

Now they have paved the tunnel and developed a user interface to navigate inside the tunnel with a ‘start’ button that activates the traffic light on the tunnel and shows the route on the Model 3’s screen: 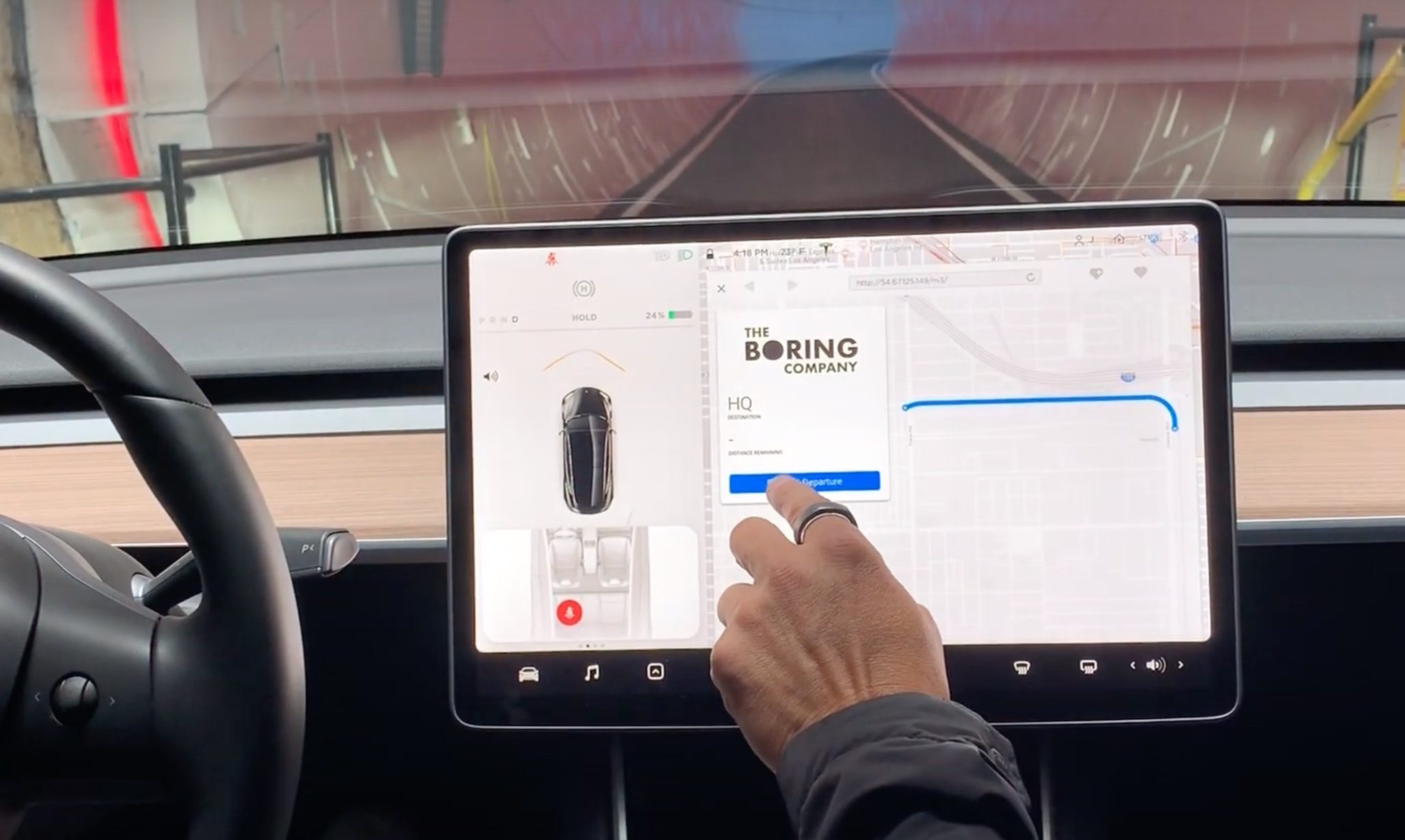 The image is from a new video from Steve Jurvetson, a Tesla and SpaceX board member, showing the Boring Company performing a test ride inside the tunnel in a Model 3.

In the video, the Boring Company engineer said that they can go through the tunnel using Autopilot, but the driver assist system is limited to 90 mph and they can go faster driving manually despite the tunnel being very narrow:

Interestingly, it’s now the second example of a Tesla vehicle going inside the Boring Company tunnel without using the “tracking wheels” system to guide the vehicle.

The Boring Company unveiled the system at the launch of the tunnel last year and described it as what will enable vehicles to drive inside the company’s tunnels:

It appears that the company is moving away from the system in favor of using Autopilot or even driving manually inside the tunnel – like a regular tunnel.

At this point, it’s hard to understand the advantages of such a system, especially since the startup appears to still be tuning their offering.

Elon says that they plan to release a simulation of the traffic flow inside a full-scale Boring Company Loop to clear up some misunderstanding about the advantages of the system:

Yes, as you point out, it will clear up a lot of the misunderstandings

In the meantime, we are seeing glimpses of what they are working on through videos like this.

I think it’s important to note that the transportation system is only one part of the equation. On the other side, The Boring Company’s main product is actual tunnel boring, which they are trying to revolutionize through lower cost and higher speed.