Being a ~$100,000 electric SUV, Tesla’s Model X isn’t a vehicle that you would expect to see off-roading, but an owner was crazy enough to do it in deep mud and came out impressed.

Again, you kind of have to be a little bit crazy to use a $100,000 premium electric SUV as an off-road vehicle, but there are apparently quite a few crazy Tesla Model X owners out there.

For example, we have seen a Tesla Model X used off-road as a tractor on a vineyard in Austria, another one drifting off-road in the desert, and popular Norwegian Tesla owner Bjorn Nyland has been known to take his Model X off-road from time to time.

Now the Youtube channel Out of Spec Motoring took a Model X 90D out on an off-roading trail and put the electric SUV through some tough obstacles and even some deep mud:

They said that the Model X had “stock tires on it, the ride height was set to the highest it would go, and slip start was enabled at all times.”

Overall, they came out of the experience impressed by Tesla’s electric SUV:

“It was a successful day of off-roading. The Model X is very impressive.”

The Model X appears to have survived the trail in one piece.

Obviously, the Model X is not meant to be an off-road vehicle and it is not recommended to do it.

I’d argue that the highest suspension setting is not high enough and that it would need a much higher ground clearance in order to be truly useful as an off-road vehicle.

However, you can do whatever you want with your own car and it looks like plenty of Model X owners want to do it at this point.

Enough that it might start to even make sense to offer an off-road package with giant mud tires like the one designed by Delta 4×4: 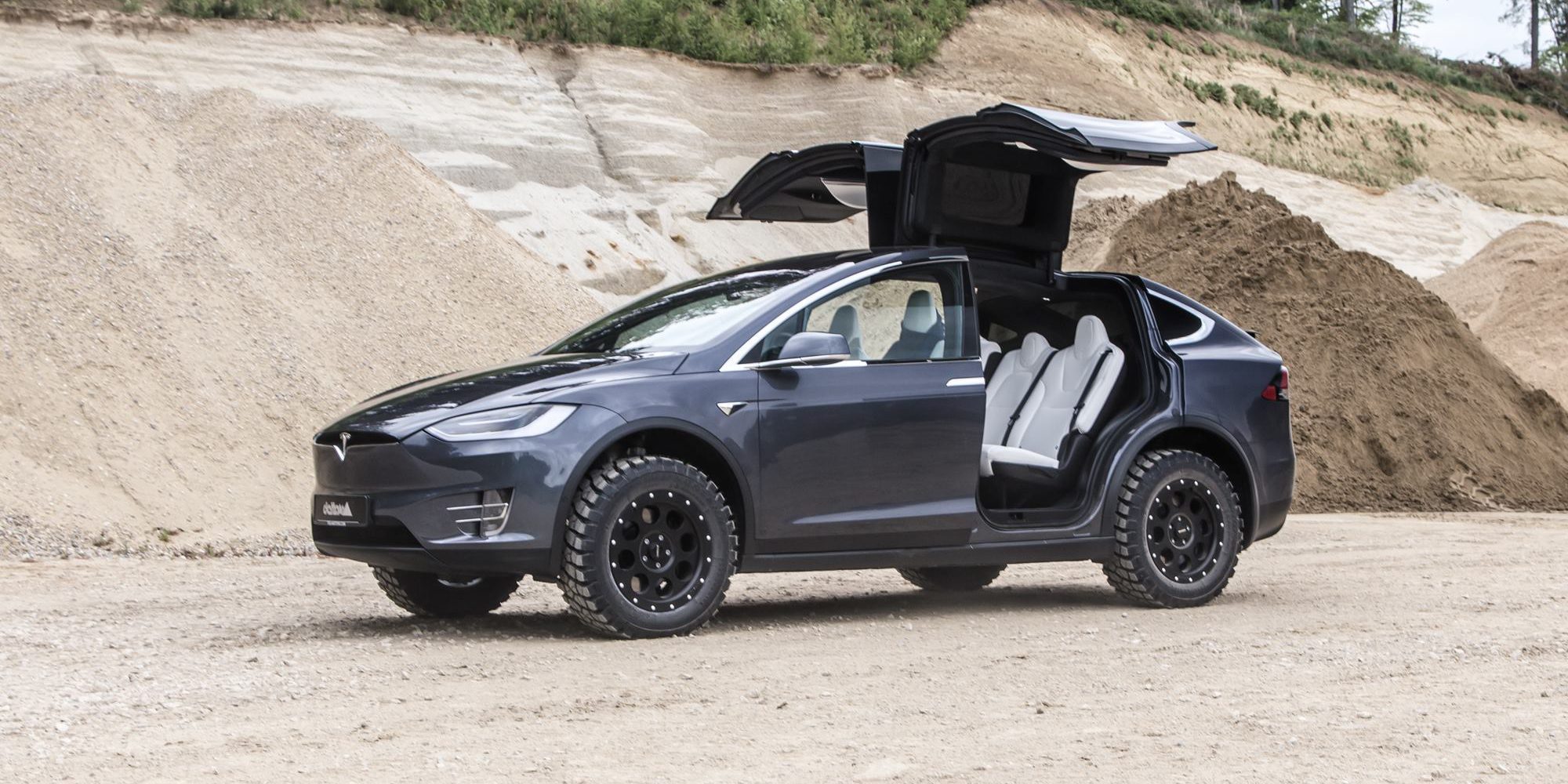 Would you ever put your Model X through some off-roading? Let us know in the comment section below.