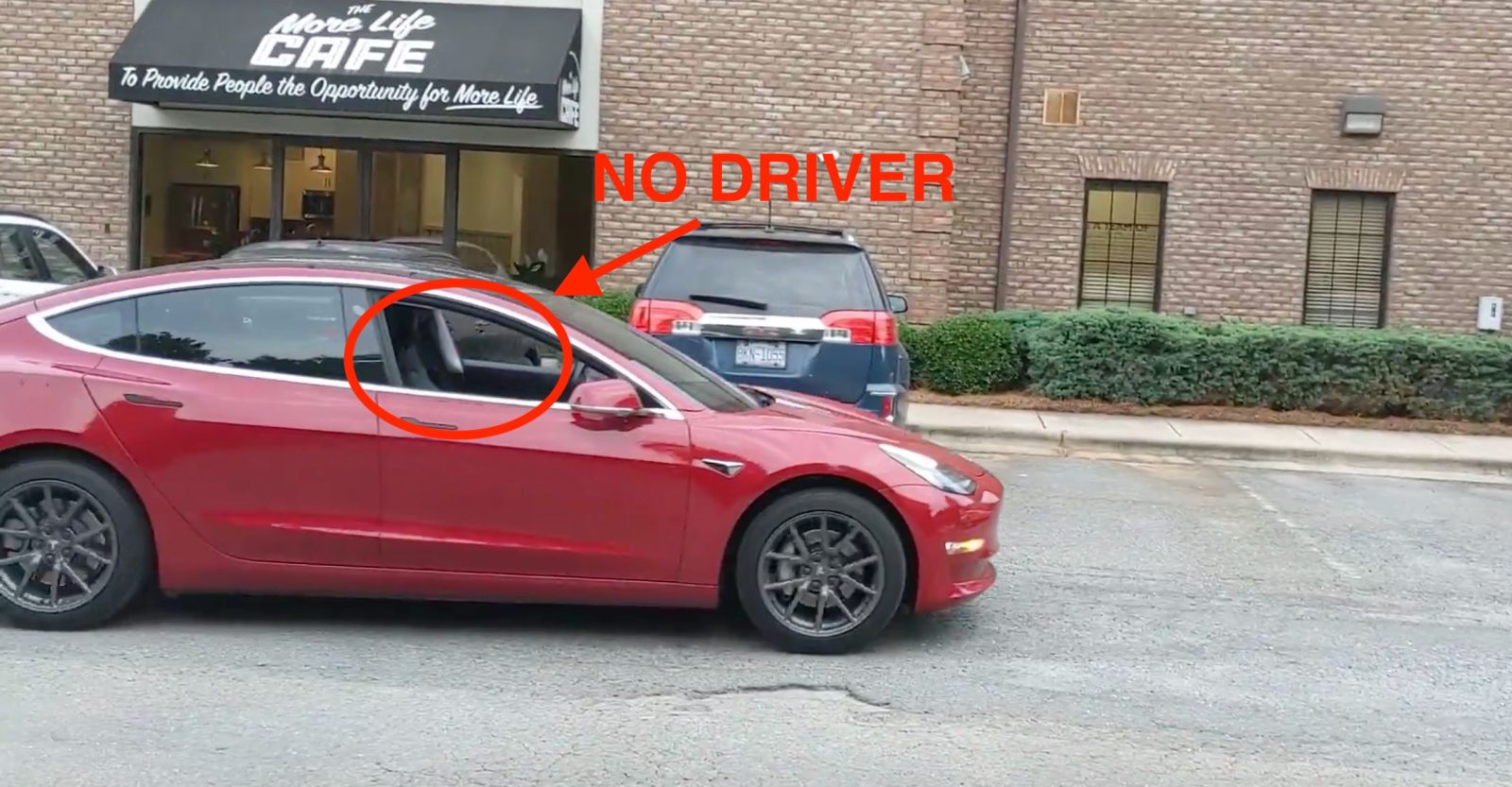 Tesla is starting to push its new Enhanced Summon feature to more vehicles and we are starting to get a better look at the feature that allows Tesla vehicles to autonomously drive in parking lots like a ‘robot valet’.

Earlier this year, we published an exclusive first look at Tesla’s new Enhanced Summon, which allows vehicles to remotely self-drive in parking lots.

Tesla built the feature on top of its existing ‘Summon’ feature, which has been limited to just moving back and forth to get in and out of parking situations.

In the beta release notes, Tesla describes Summon as “a parking assist feature that helps you bring your car towards you or towards the destination of your choice by navigating out of parking spaces and maneuvering around objects as necessary.”

When you have the update in your car and the latest mobile app update, you see an updated ‘Summon’ tab that not only includes the usual ‘Forward’ and ‘Reverse’ actions but also ‘Enhanced Summon’:

Once you press on ‘Enhanced Summon’, you have the choice between ‘FIND ME’, which will prompt your car to go to your location based on your phone’s GPS, or to drop a pin to have your car drive to a location.

Those two options only work if your location or the pin is within 150 feet of the car.

Last week, CEO Elon Musk said that Tesla is rolling out the beta version of the feature to more people after a few iterations in a smaller test fleet.

The CEO added that it will blow people’s minds.

Now that the feature is in the hands of more customers, we are starting to see more people trying it out and posting videos of Tesla’s Enhanced Summon acting like a robot valet:

There’s no word on when the feature will make it to the wider fleet, but it is expected relatively soon, based on location.

When we reported on the first small EAP release of the feature, we talked to a few owners who had the chance to try it and the reaction was mixed.

Some owners said that the feature was a hit or miss. It would sometimes work well and other times, the vehicle would get stuck on its own.

Videos like this one show some improvement and the Tesla Model 3 appears to be able to navigate the environment smoothly.

Granted, it was a fairly simple parking lot scenario. I’d like to see how it interacts with other cars and pedestrians in parking lots.

If you have interesting Tesla Enhanced Summon videos, don’t hesitate to send them my way.