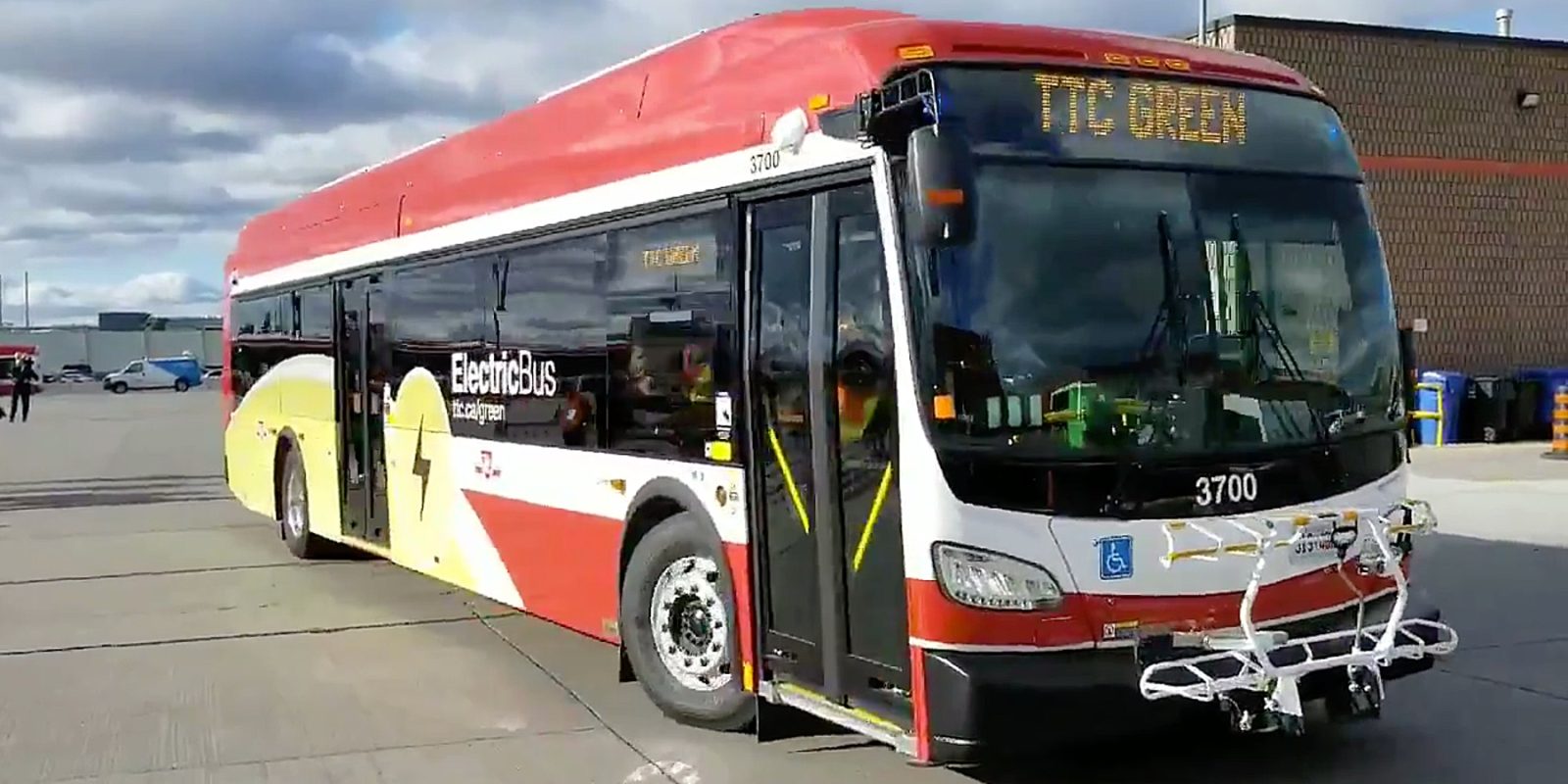 The Toronto Transit Commission’s first all-electric bus is on city roads as of today — and it’s the first of 60 electric buses the city expects to add to its fleet by the first quarter of 2020.

The city’s first electric bus is built by New Flyer, and it arrived in the city in April, where it has been undergoing testing and operator training.

New Flyer isn’t the only manufacturer bringing electric buses to Toronto, however. The TTC is also ordering buses from Proterra and BYD Canada, and it appears the commission is going to pit the three electric bus manufacturers against each other in a competition, noting that it will “inform future procurement through a head-to-head evaluation.”

Toronto’s TransformTO climate action strategy calls for an 80% reduction in greenhouse gas emissions by 2050, with all vehicles to be “low carbon” by 2050. Vehicles currently generate about one-third of the city’s emissions, the TTC says.

The city is aiming for a zero emissions fleet before that. TTC Chair Jaye Robinson said:

“This is an example of how we are modernizing our service, innovating for the long-term and planning for climate change. The TTC will continue to prioritize network-wide service improvements as we work towards a 100% zero emissions fleet by 2040.”

The TTC’s electric buses will all run on electricity from 100% nuclear power. The Government of Canada and the City of Toronto are investing $140 million in the electric bus initiative through the federal Public Transit Infrastructure Fund (PTIF).

And it's off! The inaugural ride of the #ttc 's first @newflyer clean, green electric bus is underway! 60 buses on the way from three manufacturers in the next year, full zero-emission fleet by 2040. Read more at https://t.co/ZaHQZNzX7w pic.twitter.com/K5m0AeCPgK

While it doesn’t hold a candle to what’s happening in China — or Paris or Chile, for that matter — cities have to start somewhere, and Toronto is set to become a leader in North America when it comes to electric buses.

We hope other cities will step up in the same way, as we’d love to see a “competition” of our own going on in North America to accelerate electric bus adoption.