Portland’s new electric buses run on wind energy, a first in US transit 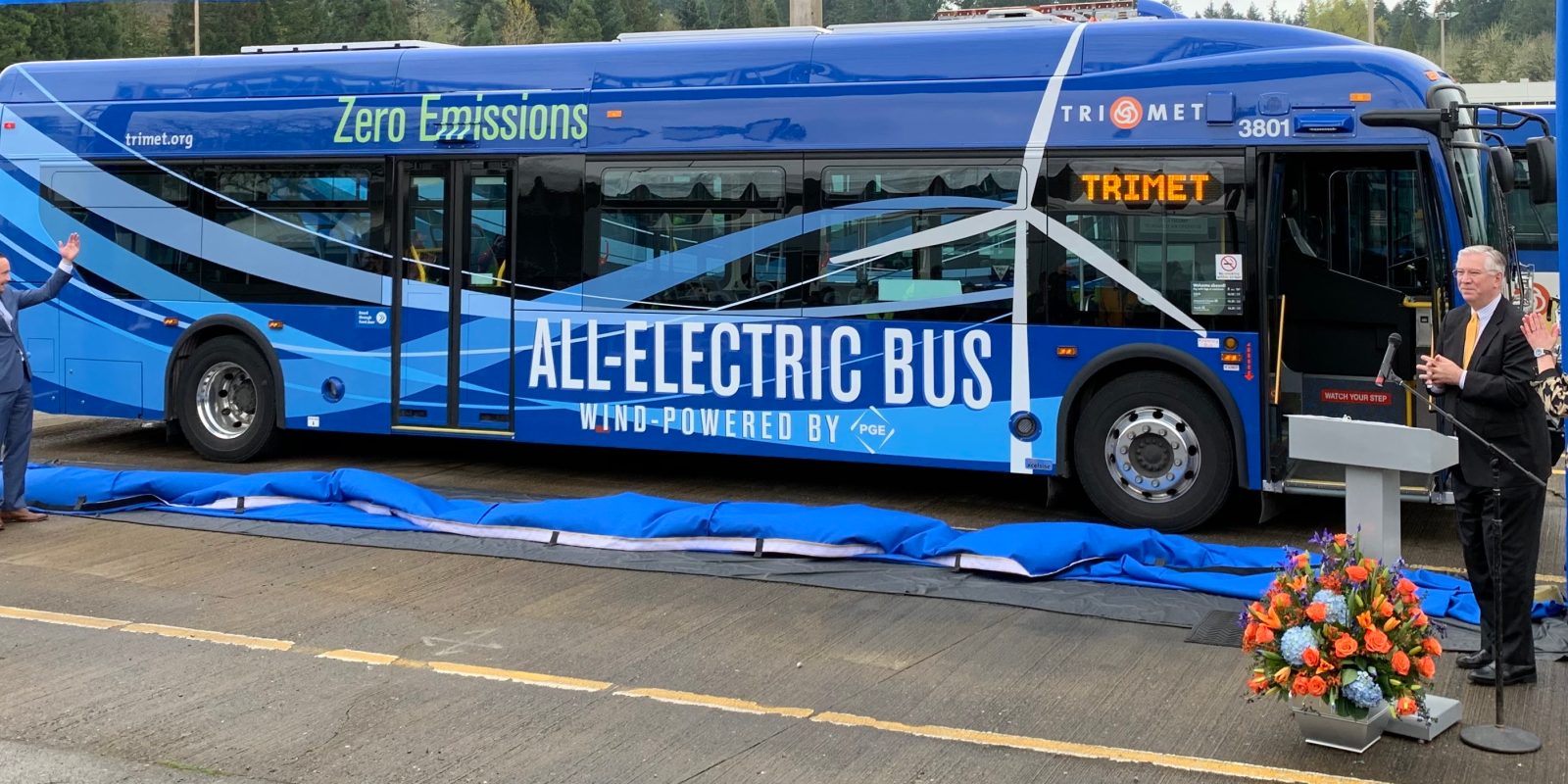 Portland’s public mass transit agency TriMet started transitioning to a clean energy bus fleet last week with the introduction of its first all-electric bus. The new bus will soon be joined by four more electric buses, and all will be powered solely by wind energy.

TriMet and Portland General Electric (PGE) made the announcement last week, saying the wind-powered buses are “believed to be a transit industry first in the United States.” The first all-electric bus officially launched on Friday.

TriMet is using the 40-foot version of the New Flyer Xcelsior Charge battery-electric bus in its fleet, which will be powered through PGE’s Clean Wind program. The agency has committed to a non-diesel bus fleet by 2040.

The first five all-electric TriMet buses were funded through a $3.4 million federal grant and the agency’s partnership with PGE. All five of the electric buses will run on the same line in Portland’s transit system. There’s a reason for that, according to TriMet:

This route — which runs from 5 a.m. to 11 p.m., covers 13 miles and climbs nearly 700 feet in elevation — will allow us to test these buses under tough, real-world conditions. We’ll get a sense of overall performance, how these buses handle everyday wear-and-tear and what maintenance schedules should be.

TriMet says how these buses perform on the line will let the agency know if they’re “viable and economic” for system-wide expansion. On TriMet’s electric bus webpage, the agency notes that it may also consider other alternative fuel buses in the future — hence its use of the term “non-diesel,” rather than a commitment to an “electric” bus fleet.

A TriMet press release notes that it still considers this initial purchase of electric buses to be a “test”:

We’ll evaluate performance, cost and reliability of the buses and determine whether to accelerate our transition, slow it down or increase testing of other technologies and alternatives, including potentially hydrogen and renewable natural gas.

Another grant will allow for the purchase of five additional electric buses. TriMet also says it will purchase “up to another 80” more electric buses in the next five to six years. The agency released an informative graphic introducing riders to its new electric bus: