After a week of strange teasers, Tesla is now launching its made-in-China Model 3 and it confirms a starting price of 328,000 yuan (~$47,500 USD) and deliveries in 6-10 months for people ordering right now.

Earlier this week, we reported that Tesla has a mysterious new ‘surprise’ announcement coming in China later this week.

Later, the automaker also started a guessing game for people to submit expected prices of the Model 3 made in China and confirmed that it will be opening pre-orders for the vehicle.

Tesla has now opened pre-orders and confirmed that the first Model 3 made in China will be the Standard Range Plus and it will start at 328,000 yuan (~$47,500 USD).

The vehicle appears to be identical to the US version, but it is 49,000 yuan (~$7,000 USD) less expensive than the current version of the Model 3 available in China and made in the US.

The automaker held a launch event and released these images (via Weibo): 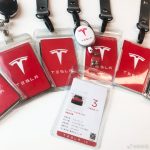 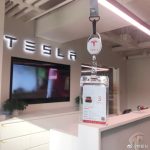 A few things to note.

While the Model 3 Standard Range Plus made in China is significantly less expensive to Chinese people than the version currently available made in the US, it is still significantly more expensive than the one offered to US buyers, which start at $39,900.

I think the timing is more realistic, but the pricing is somewhat disappointing.

However, the vehicle could now potentially get access to some EV incentives in China, which could help make it more attractive.

China has been pulling back its EV incentives recently and it’s still unclear if Tesla buyers will have access to them for its first domestic vehicle.

We will keep monitoring the situation in the coming months.