Tesla confirmed that its previously teased announcement set for Friday is going to be the opening of orders for the new Model 3 made in China along with the reveal of its price.

Over the last few months, Tesla started selling and delivering Model 3 in China, but it has only been offering the higher-end versions of the vehicle for sale.

CEO Elon Musk previously said that Tesla plans to use its upcoming new manufacturing capability in China with the Gigafactory 3 in Shanghai to build the lower-end versions of the vehicle domestically and avoid import tariffs.

Earlier this week, we reported that Tesla has a mysterious new ‘surprise’ announcement coming in China later this week.

Yesterday, the automaker also started a guessing game for people to submit expected prices of the Model 3 made in China.

Today, Tesla confirmed that it plans to open pre-orders for the Model 3 made in China on Friday: 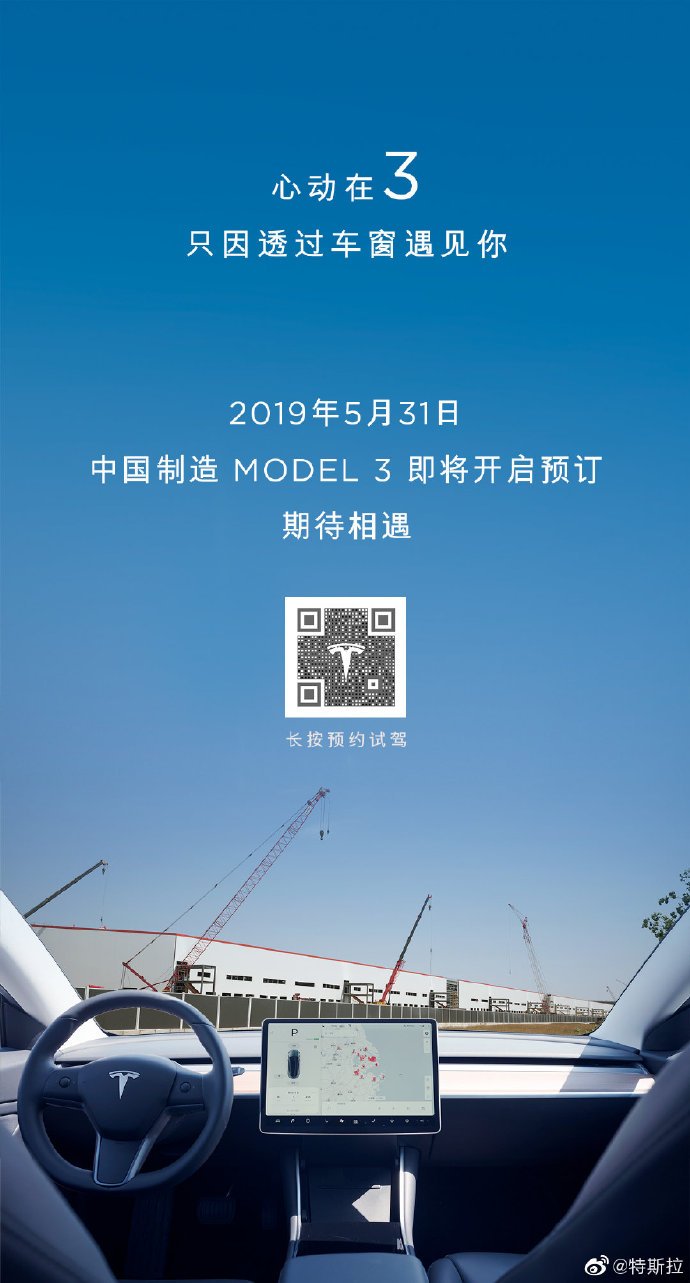 The company shared an image taken inside a Model 3 at the construction site of Gigafactory 3 in Shanghai, where Tesla’s Chinese Model 3 vehicles will be built.

Tesla has been moving fast to build its new factory in China.

Earlier this month, we shared a new Gigafactory 3 drone flyover video that showed that the building looks almost complete, but they need to build the production lines. That can take as long or even longer than building the structure that is housing the lines.

As we discussed yesterday, it is surprising that they would open orders for the made in China Model 3 so soon.

Based on Tesla’s own timeline, it’s at least 4 months away and that’s likely optimistic.

Even though it’s going to be a different version of Model 3 than what Tesla is currently selling in China, it’s likely going to affect sales due to the clear price difference.

Without the import tariff and with more likely access to local EV incentives, the effective price of the made in China Model 3 will likely be the equivalent of tens of thousands of dollars cheaper than the imported version.

I think Tesla might already have a demand issue with the Model 3 in China as people could already be waiting for the domestic version anyway.

That might be the reason why they decided to launch it so soon and build up a backlog of orders ahead of time.