Tesla has started teasing a mysterious new ‘surprise’ announcement coming out of China later this week.

China has become a top preoccupation for all automakers.

It’s now the biggest auto market in the world and with the ongoing trade war, foreign automakers want to secure access to it.

Tesla has been doing that with the accelerated construction of Gigafactory 3 in Shanghai where they plan to produce electric vehicles by the end of the year.

But now the electric vehicle company appears to also be planning something else, especially for the Chinese market.

Earlier today, the automaker shared a teaser on its Weibo Chinese social media account for something to be announced on Friday: 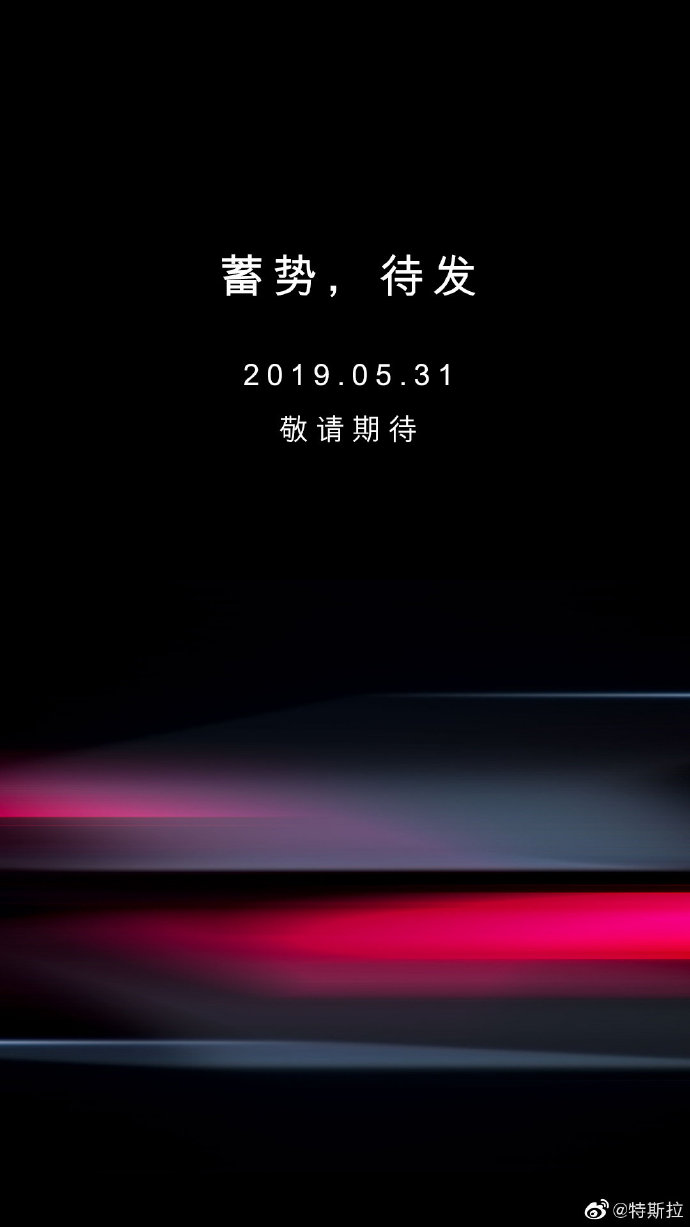 The teaser image says that a “surprise is coming” without any hint other than the image itself, which appears to be part of a car.

That’s a curveball. Tesla didn’t share the teaser on any other social media, which would indicate that it’s a China-only announcement.

But then the image appears to tease a vehicle. Would Tesla be launching a vehicle for the Chinese market only?

It’s not impossible that Tesla would make a special configuration of the Model 3 for China.

For example, when Tesla started Model 3 orders in China, it unveiled a new wheel design that isn’t available outside of the country.

Elon also previously said that Gigafactory 3 in China would make only the cheaper version of Model 3 for the Chinese market, but I took it as making the currently existing cheaper versions of the Model 3 and not new versions, which wouldn’t require an unveiling.

Speaking of Gigafactory 3, the announcement could have something to do with it, but the factory doesn’t quite look ready yet and the teaser image does seem to be a vehicle.

What do you think it could be? Let us know in the comment section below.