Automakers have notoriously been reticent to advertise electric cars, but we are starting to see some changes on that front with Nissan and Audi launching new electric car advertising efforts.

Now with more all-electric models hitting the market, the competition is increasingly becoming important and some automakers are fighting for demand.

Audi is pushing the e-tron electric SUV hard with a lot of ad time, especially in California, under its latest campaign:

Audi started delivering the e-tron to US dealerships earlier this month and it ramped its advertising effort along with the launch.

On top of the TV campaign, billboards advertising the e-tron can also be seen around Los Angeles.

The German automaker also had an interesting product placement in the latest Avengers movie – through there was a little snafu with the sound.

Nissan is also launching a new commercial for the latest version of the Leaf:

Well, we weren’t going to launch this until next week, but since everyone is playing so nice this morning… @Audi … Enjoy! pic.twitter.com/O7M4HCX5V6

The Leaf is the best selling electric vehicle cumulatively over the years, but they have been having a most difficult time in recent years in the US.

To date, the best ad I’ve seen for electric vehicles has been a Dodge Challenger Demon ad (pictured below) because they had to include fine-prints saying that their “best” performance claims excluded electric cars 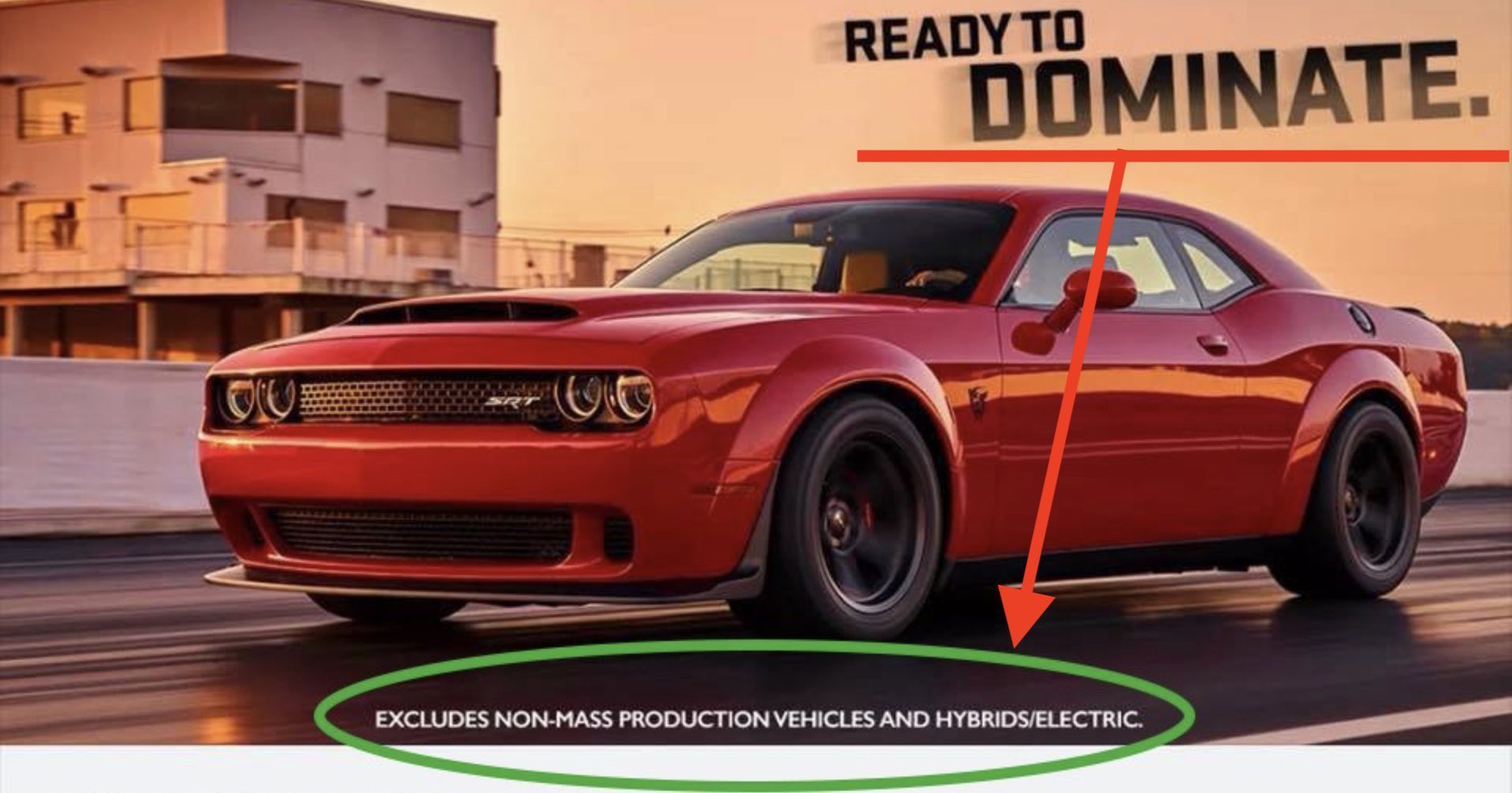 Massive advertising of electric vehicles is going to have a big impact on adoption long term.

We have already seen some pretty bad ads and I’m sure we are going to see more of those, but it should get better and ultimately, more people are going to know about EV options.

What we are seeing right now from Audi and Nissan is just the start. We are going to see a lot more of that next year when a dozen more electric vehicles are going to launch.