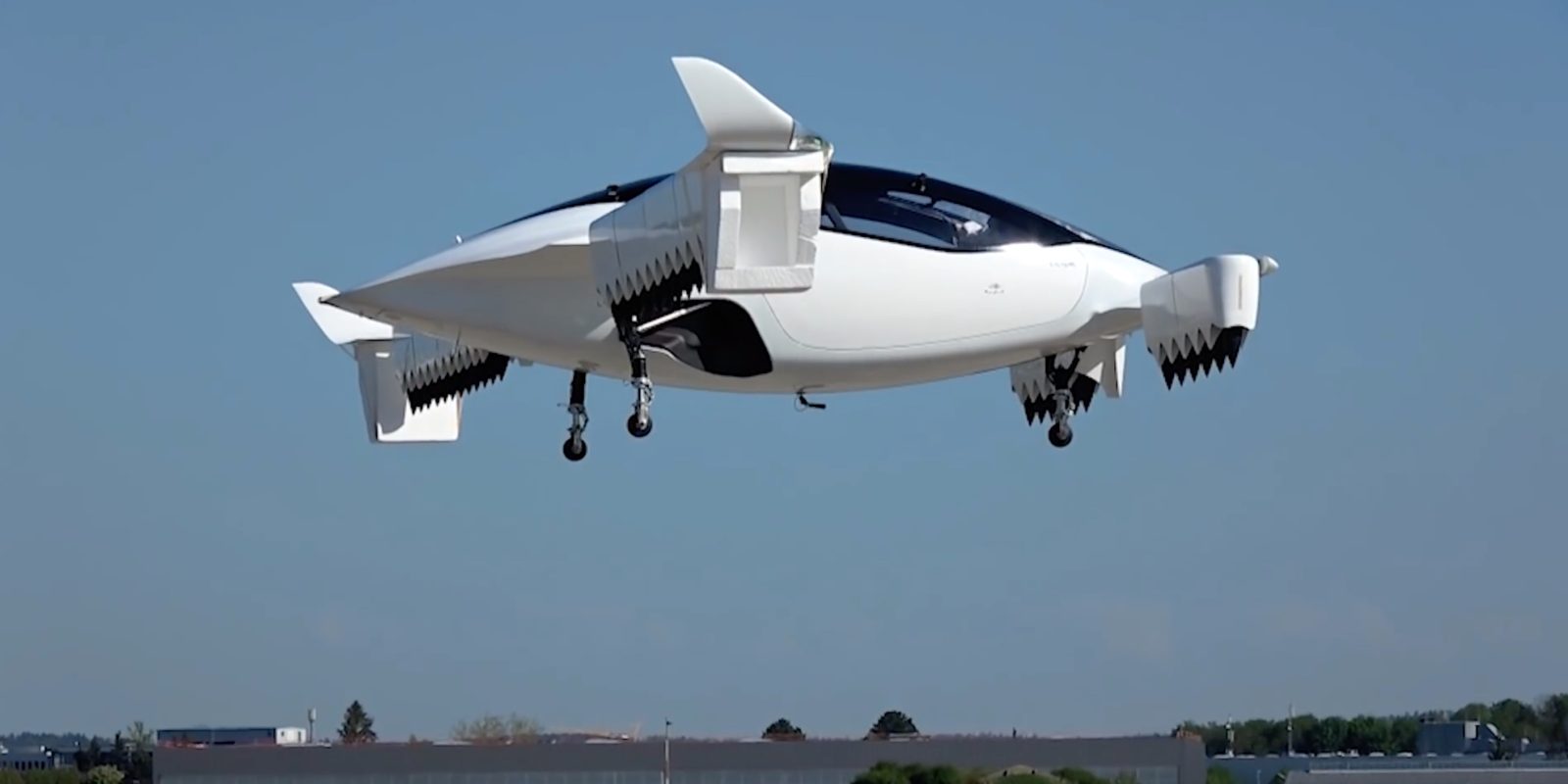 The full-scale, full-weight prototype uses 36 all-electric jet engines that allow it to take off and land vertically. The aircraft has no tail, rudder, propellers, or gearbox — its engine is the only moving part.

Lilium claims its Lilium Jet has a top speed of 300 km/h (186 mph) and a range of 300km, owing its relatively long range to its fixed-wing design. The company first completed a test flight of a two-seater prototype in 2017. Lilium has raised $100 million in funding and now has more than 300 employees.

Lilium has big plans for Lilium Jet, which it plans to operate as part of an on-demand air taxi service. It expects to be fully operational “in various cities around the world by 2025,” with trial services starting even earlier. As the company explains its service:

At the push of a button, passengers will be able to use the Lilium app to locate their nearest landing pad and plan their journey with ease. Choosing from a network of pads across cities and regions, passengers will enjoy journeys that are comparable in price with a taxi, yet four times faster.

The company’s website even has a mockup of a Lilium app already, showing a number of destinations in the Northeast and Mid-Atlantic US.

In a statement celebrating the prototype taking to the sky, Lilium co-founder and CEO Daniel Wiegand said,

“Today we are taking another huge step towards making urban air mobility a reality. In less than two years we have been able to design, build and successfully fly an aircraft that will serve as our template for mass production. Moving from two to five seats was always our ambition as it enables us to open up the skies to many more travelers…”

Video of the May 4 test flight, as seen below, shows what basically amounts to a low hover. But Lilium says “the five-seater prototype will now enter a rigorous flight test campaign that will see it demonstrate its full range of capabilities.”

Here’s an overhead look at the Lilium Jet prototype: 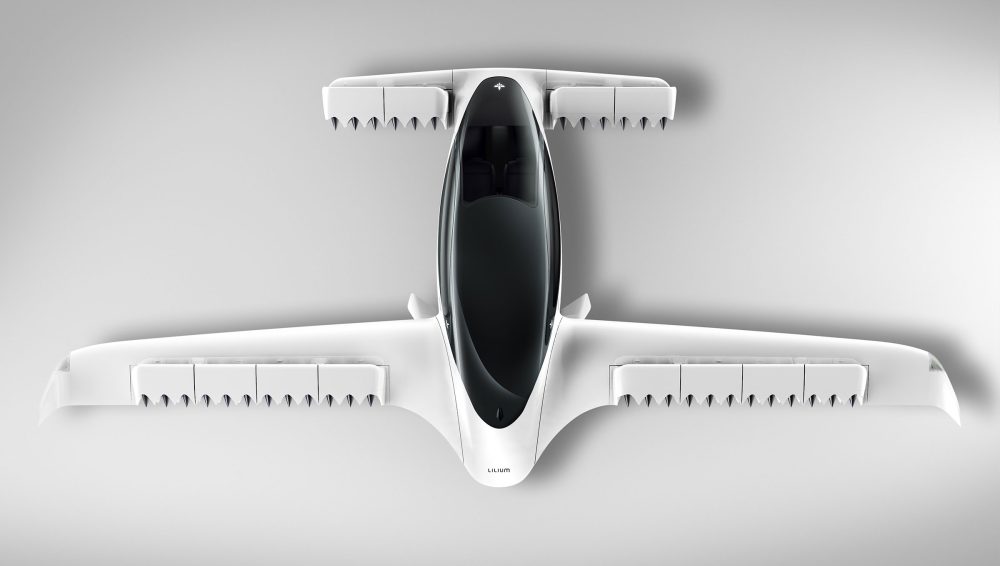