Formula E takes to the famous streets of Monaco this Saturday 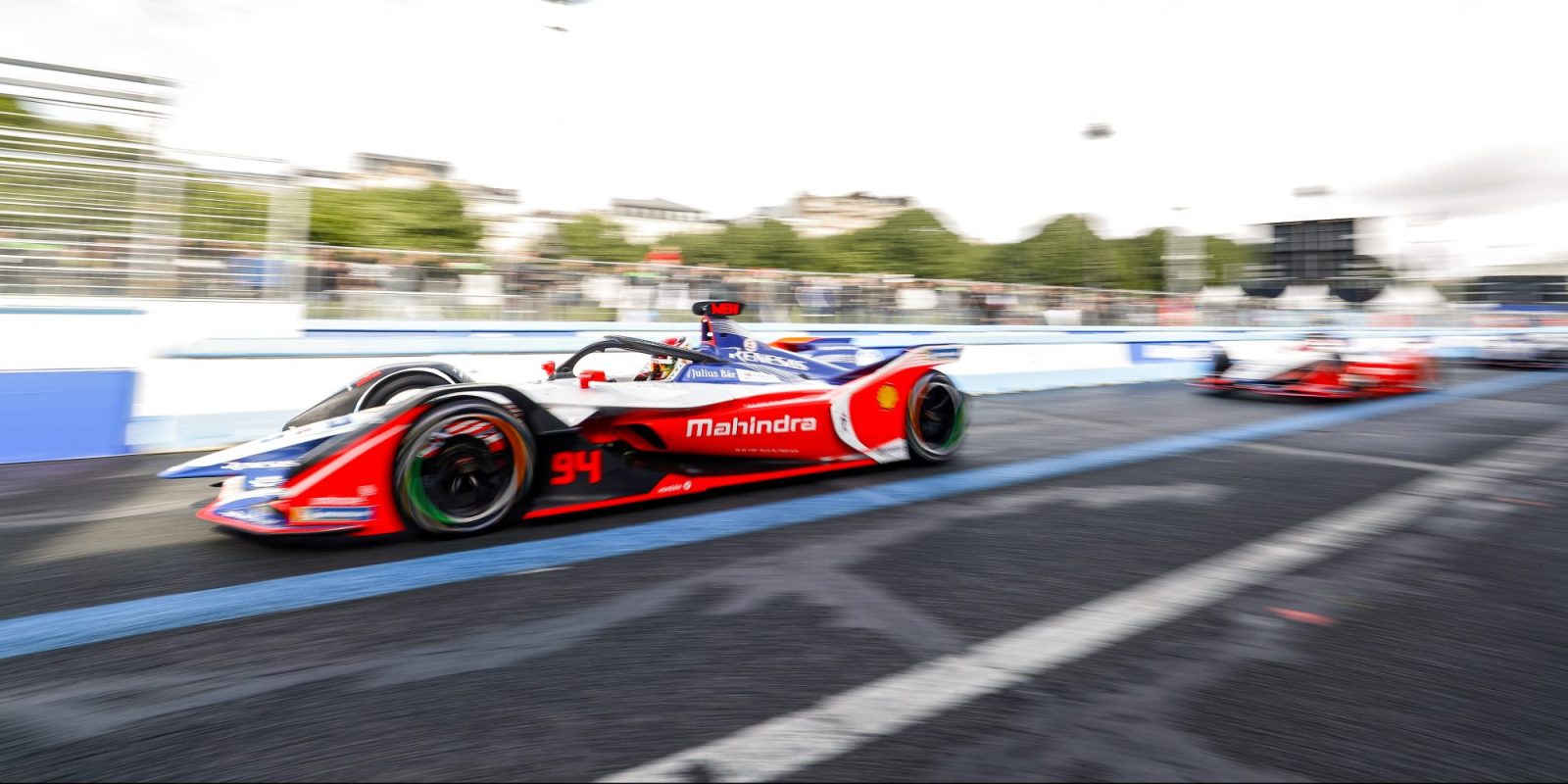 The principality of Monaco, an enclave for the rich and famous which houses its fair share of exotic cars, has been a racing mecca for 90 years.  But it’s not just gas cars which find a home here – the famous Monaco Grand Prix circuit, site of the most prestigious race in the world, hosts Formula E for the third time this weekend.

Not only does Monaco host the ePrix, but in addition, the Prince of Monaco, Albert II, has been an electric car supporter for quite some time.  He even owns a Model S and drove it around the circuit for a parade lap before the Grand Prix a few years ago.

The principality is also home to an exotic EV manufacturer, Venturi, who have a team in the Formula E championship, and who supply drivetrains to another team, HWA racelab.  A few years ago they set a world electric land speed record.  So Monaco has plenty of EV chops even despite its fame for high-powered gas burning machines. But let’s start, as usual, with a race recap from last race.  Before we talk about last race’s results, here’s the full race on Formula E’s YouTube page. Have a watch if you’d like. You can also visit the bottom of this post for a shorter video of last race’s highlights.

The weekend started off with a very dirty track, with lots of debris, leaves and such, blown onto the track on a windy Paris day.  This made qualifying difficult with the track remaining dirty all through the session.

In the end, Oliver Rowland ended up on pole after Mahindra was disqualified for being under minimum tire pressures, and we had the first repeat polesitter of the year – 7 different polesitters in 8 races.  And 5 of the top 6 qualifiers hadn’t yet won a race, in a year where we’ve had different winners for every race so far.

Sebastian Buemi started just behind Rowland, with the Nissan team locking out the front row of the grid at their home race (the team is based in France, having been taken over from the former Renault team).  After a bad season, Nissan’s fortunes seemed to be looking up.

At the beginning of the race the weather was sunny, but rain was threatening with clouds all around and half of the grid was in shadows and wet from prior showers, so the race was started under safety car so as to not give half the starting grid an unfair advantage in traction.

After a few laps Rowland crashed from the lead all on his own under braking, sending himself off track and to the back of the field.  Not long later, Buemi had a problem from the lead, having to pit and promoting Robin Frijns to first, though not before Frijns had sustained a small injury to his front wing in the chase.  Nissan went from locking out the front row to the very back of the pack with both cars.

Other than that, the first third of the race was pretty uneventful, a big difference from most of the races this year.  It looked like we might finally have a “boring” race.

And then, the Formula E gods not content to let us have a break from the action…the skies opened.

After four and a half seasons never having a real wet race, not only did the rain come, but hail as well.  On a track with multiple surfaces (temporary asphalt over cobblestones, permanent city streets, and painted surfaces which are very slippery in the wet), adding hail – essentially like driving on marbles – made for incredibly difficult conditions.

With a short period of full course yellow flag while the worst of the hail passed, the race admirably continued despite the conditions.  But between driving on wet marbles and painted surfaces, there were too many crashes to count, and too much action to possibly recap here.  Multiple simultaneous crashes happened at the same time at different parts of the track, and by the end of the race 6 cars were officially retired due to damage from accidents and collisions.

Frijns, despite the early injury to his front wing, managed to hold the lead throughout the weather and made it across the line first.  This was his first win in Formula E, which means that this year, in 8 races, we’ve had 8 winners with 8 different nationalities from 7 different teams.  After the chaos of the race, he was joined on the podium by Andre Lotterer and Daniel Abt on the podium.

So once again, Formula E managed to give us something crazy to watch.  This season has been incredible.

This leaves us with, yet again, a close championship battle with Frijns and Lotterer just 1 point apart despite the latter never winning a race this year.  Third place is a full 10 points back, but things remain relatively close all the way down to 10th place in the championship.  The teams are also still close, with DS Techeetah, Virgin and Audi clustered in the top 3, with Mahindra behind after disappointing results in the last few races.  Nissan finally showed some promise in qualifying, but they’re too far back in the championship to be in consideration for the win this late in the season.

Unfortunately, one of the leading Paris mayoral candidates has threatened to cancel the race if he gets elected – but got just about everything wrong about it (price of tickets, impact of the race on city streets and the environment, cost of tickets, power and speed of the cars, cost of cars sold by manufacturers in the series) in the course of his complaints.  So perhaps we won’t be back for next year…but it will be Paris’ loss, as there are plenty of other cities around the world who have lined up to host a Formula E race.  Including the site of the next race, one of the most picturesque cities in the world – Monaco.

While this will be Formula E’s third race here, the first one was actually in the inaugural 2014-15 season.  Monaco also hosts a biennial “Monaco Historic Grand Prix” with racing cars from the past, and that’s scheduled for two weeks before the F1 Grand Prix.  Formula E has taken over the same weekend, two weeks before F1, on the years that the historic race is not held.

Formula E does not use the same circuit as F1, though.  The last two races used a shortened section, where the cars turn right at Sainte Devote just after the opening straight, instead of going up the hill towards casino square.  Then they rejoin the F1 circuit after the exit of the tunnel, near the swimming pool section.  This cuts off roughly half of the circuit.

Previously this was done due to energy and power concerns with the Gen 1 cars, but with this year’s new Gen 2 cars, CEO Alejandro Agag and several drivers wanted to bring Formula E to the full Monaco circuit.  He got pushback from the teams and the FIA, who wouldn’t certify the full circuit for the Formula E race.

So far, we haven’t had any Formula E race on the exact same circuit as a Formula 1 race, which means we don’t have a direct comparison between the speeds of the two race series.  Undoubtedly Formula 1 would come out much faster (for many reasons – virtually unlimited budgets, much stickier tires, and a still lighter and more powerful powertrain), but it would be an interesting comparison nonetheless, especially considering how long Formula 1 has been racing at the same circuit, lending some ability to compare Formula E against historical times of the series.

Agag stated that he’s not worried about these comparisons, he just wants the racing to be as good as it can be.  Some teams thought the track would be too spread out and it would decrease the spectacle.

It seems like Formula E will end up on the full Monaco circuit at some point, but this won’t be the year they do it.  Maybe sometime soon.

This will be Venturi’s home race, in a country small enough that a “home race” really means something.  They’ve been having problems with their drivetrain lately, and will be looking to get past those issues.  And one of their drivers, Felipe Massa, has plenty of experience around the streets of Monaco, having raced here 15 times in his Formula 1 career.  So look out for them, especially since surprise results are possible here, if someone puts in a good qualifying lap and then manages to defend hard enough to stay in the lead.

It’s famously difficult to pass on Monaco’s narrow streets, so a solid qualifying performance can mean a great chance at a race win.  In Formula 1, despite the prestige of the race, it’s often one of the more boring races of the year because the race tends to end in almost exactly the same order as qualifying, with almost no passes happening over the course of the action.

But Formula E has plenty of experience on narrow street tracks, and still has managed exciting action anyway.  So you can expect a little more from this race than most F1 races in Monaco.

So, maybe we’ll actually have the first “boring” race of the year this weekend – if it doesn’t hail again, anyway.  Or maybe we’ll mark another crazy weather event off of our checklist.  What will it be this time?  Earthquakes?  A snowstorm?  A volcano?  Or just the unbearably gorgeous sunshine of the wealthy French Riviera to make us all jealous and/or ready to start the global revolution already?

Tune in to find out what kind of wild card, if any, the weather gods have in store for us this weekend. Or let us know your guesses in the comments.