Eurostat estimates CO2 emissions from fossil fuel combustion decreased 2.5% in 2018 compared to the previous year. The office notes these are early estimates. 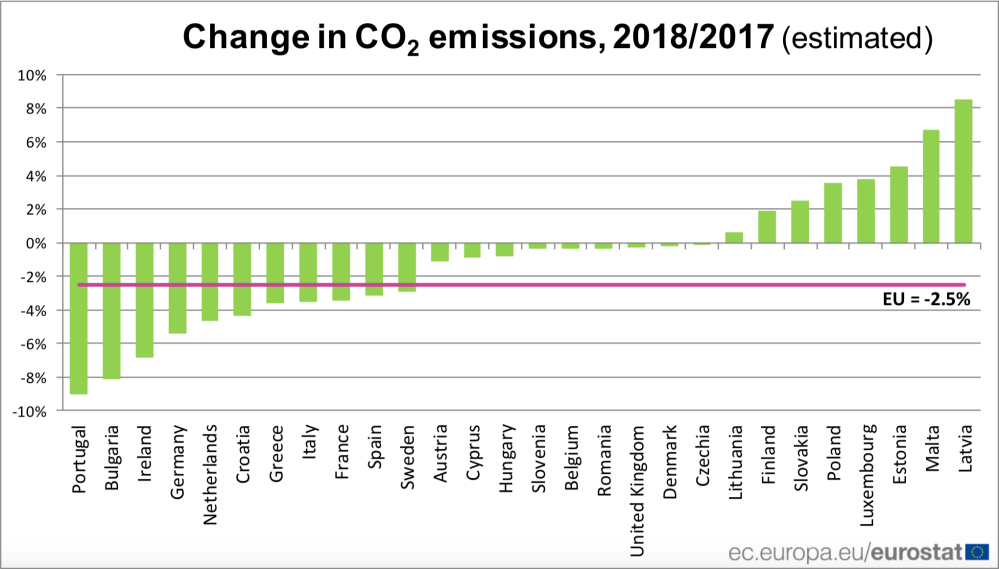 A report earlier this year noted CO2 emissions reached a new worldwide high in 2018, but most of that increase came from China, India, and the US.

Though it might not be in the EU much longer, the UK’s Committee on Climate Change recently suggested the UK should set a goal of net zero greenhouse gas emissions by 2050.

Another recent report from Eurostat showed the increase in EU electric car registration from 2013 through 2017. In 2017:

These numbers should get even more interesting once 2018 and 2019 are included, and it’s worth noting that European electric car leader Norway is not an EU member-state and won’t be included in these figures.

A 2.5% decrease in CO2 emissions over the course of one year is indeed significant. While we’re reluctant to put too much stock into this as an overall indicator — again, see the latest Global Energy & CO2 Status Report — it’s important to point out positives. The EU is on the right path, and it’s worth taking a closer look at the efforts of Portugal, which is setting a high bar.