A Tesla Model 3 owner was rear-ended on the highway yesterday and it pushed the electric car toward another vehicle in front of it, but the driver claims that Tesla’s Autopilot took over and managed an impressive evasion maneuver to avoid another crash.

The accident was caught on Tesla’s dashcam feature.

Recently, there have been an increased number of Tesla owners reporting Autopilot, or more specifically active safety features powered by Autopilot, avoiding crashes by doing some impressively aggressive evasive maneuvers.

A Tesla Model 3 owner claimed ‘Autopilot saved his life’ by swerving away in a near-miss on the highway and another similar incident was also caught on video just a few months ago.

Now there’s another one to add to the list.

A Tesla owner posted on Reddit a video taken from his dashcam yesterday showing a very impressive evasive maneuver (via SimSimma02):

Tesla Model 3 saved me from teslamotors

The driver says that he was rear-ended by a Jeep Cherokee when he started braking and that’s what pushed the Tesla toward the other vehicle in front.

At that point, the vehicle rapidly swerved out-of-the-way. The driver thinks he didn’t do the maneuver but the car did. The vehicle wasn’t on Autopilot, but the system also powers collision avoidance features that remain active even when Autopilot is not being used.

The Model 3 owner described what happened in a comment:

“This morning I was rear ended coming to a stop by a lady driving about 40-50 mph. The swerve in the video is not me. I don’t really remember in the moment but I think it was the Tesla that avoided the front collision. Saved me from bigger damage.”

No one was hurt in the accident, but both vehicles needed to be towed. He shared a picture of his Model 3 in the aftermath: 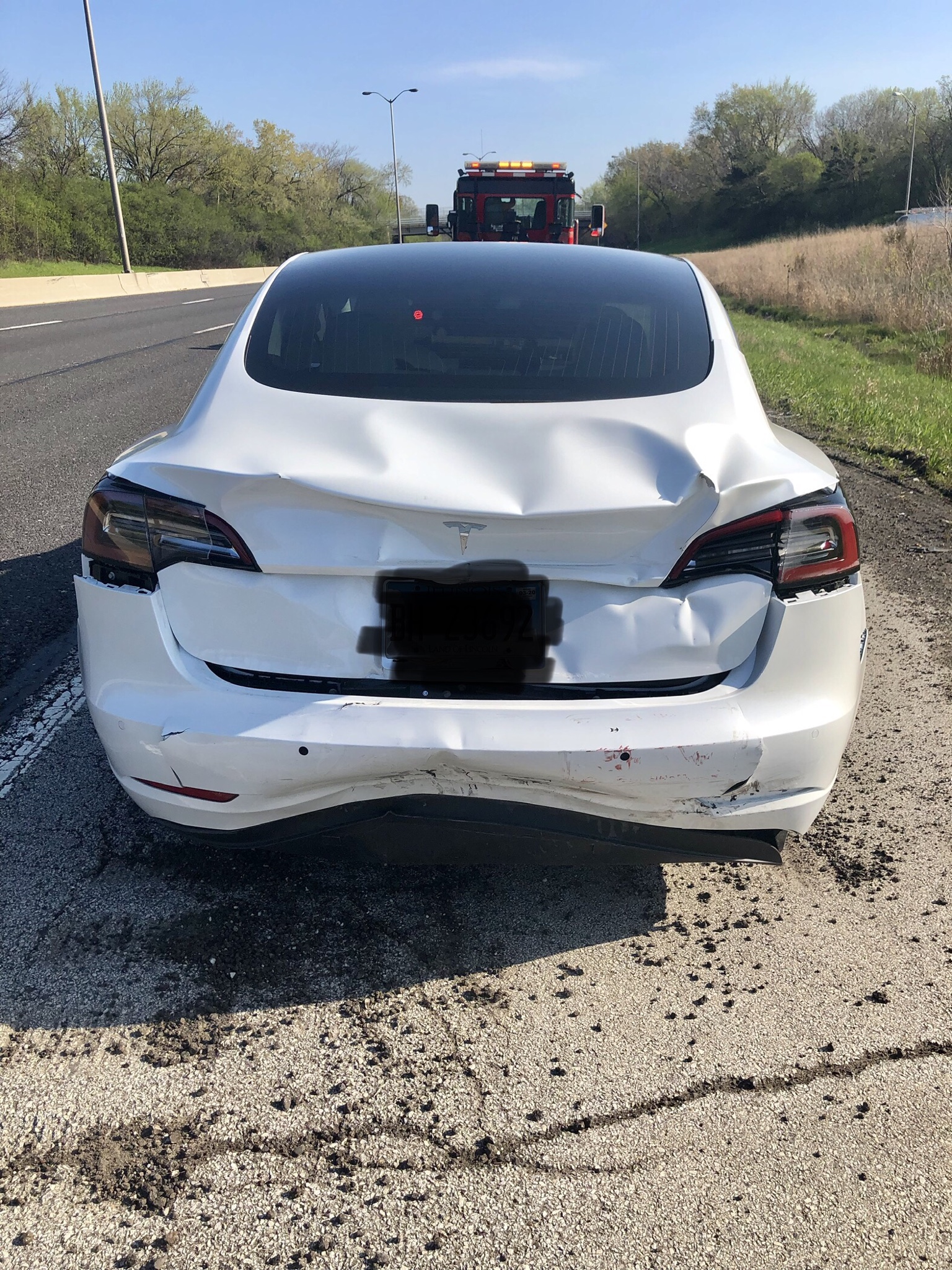 If I would have seen this video just a few months ago, I would have had a lot of doubts about attributing this maneuver to Tesla’s Autopilot and its collision avoidance capabilities.

My understanding is that the system has limitations when it comes to making aggressive steering maneuvers like those for safety reasons, but recently, we have seen many owners report similar situations.

Less than 2 weeks ago, another Tesla owner claimed Autopilot saved his family from a crash by aggressively swerving away in a near miss caught on video.

I am still a little skeptical, especially in this case since the driver admitted to being in shock and not “really remembering” what happened in the moment, but if all those reports from owners are true and Autopilot is really behind those aggressive collision avoidance moves, it would be an impressive development in collision avoidance technology.