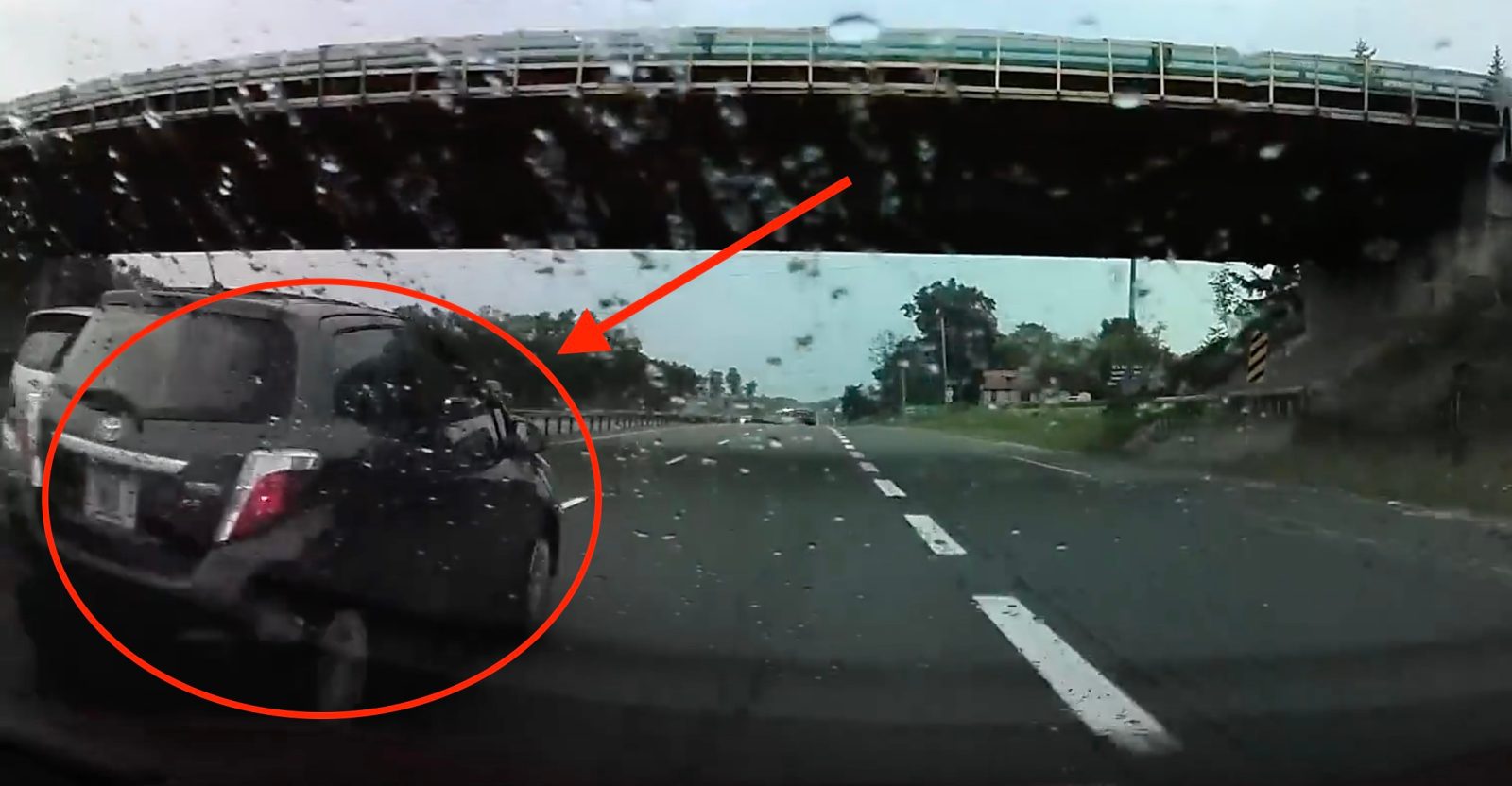 A Tesla Model 3 owner claims that Autopilot ‘saved his life’ when a speeding car almost crashed into his vehicle on the highway.

In a video posted (embedded below), the Canadian Model 3 owner explained the incident caught on video:

“I am minding my own business in the right lane. It’s a 90 km/h zone and I have Autopilot set at 102 km/h – and some dumbass comes out of nowhere, probably doing 150 maybe 160 km/h. I guess his intentions where to squeeze between me and the car in the left lane, but there wasn’t enough room and Autopilot took evasive actions – and probably saved my life today.”

He shared the dashcam footage showing the car speeding while embarking on his lane with the Model 3 swerving right:

In a comment, the driver added “the car did everything on its own” and he already gave the footage to the police.

To be clear, while the driver claims that the Model 3 was on Autopilot [Autosteer and TACC] at the time of the incident, the side collision avoidance feature that apparently came into play is not part of any Tesla Autopilot package and it is instead standard with any Tesla vehicle.

That said, it is powered by Tesla Autopilot, which explains the owner’s comments.

Tesla Canuck is not the first Tesla owner to credit this side collision avoidance feature for saving his life.

We have previously reported on a Tesla owner saying Autopilot saved him from a near-miss crash with a semi-truck caught on video in a similar situation.

More recently, we shared some similar footage with an SUV almost crashing into a Tesla and the crash avoidance system intervening.

When a Tesla vehicle crashes while on Autopilot, it gets an incredible amount of media attention. I think it’s only fair that those instances where the Autopilot actually avoids a crash get the same amount of attention, but it rarely happens.

On the other hand, I want to make it clear that the impressive performance of the system here doesn’t mean that drivers shouldn’t pay attention while using Autopilot – and I am not saying that the driver in this case wasn’t (that car was coming insanely fast, anybody could have missed it).

But in any case, drivers are responsible for paying attention to the road, traffic, and their own car when using Tesla’s Autopilot and be ready to take control at all time.

That might change with future software updates, but in the meantime, Autopilot is a level 2 driver assist system.