Tesla has released new self-driving demo video based on its latest software working on its new Full Self-Driving (FSD) computer.

Today, Tesla was holding an ‘Autonomy Day’ for investors during which it has made several presentations about its effort to bring to market a full self-driving system.

After all the presentations, Tesla gave demo rides of its self-driving software powered by the new FSD computer to investors present at the Autonomy day.

Tesla later released a video of the new self-driving demo:

The video features a loop with some autonomous driving on the highway and other roads as well as a few intersections – things that Tesla’s version of Autopilot currently available to owners can’t handle.

The actual driving capabilities are similar to the self-driving demo Tesla released back in 2016, but it is packaged more like Tesla’s current Autopilot features.

Tesla also appears to have built new graphics to render the vehicle’s environment on the center screen: 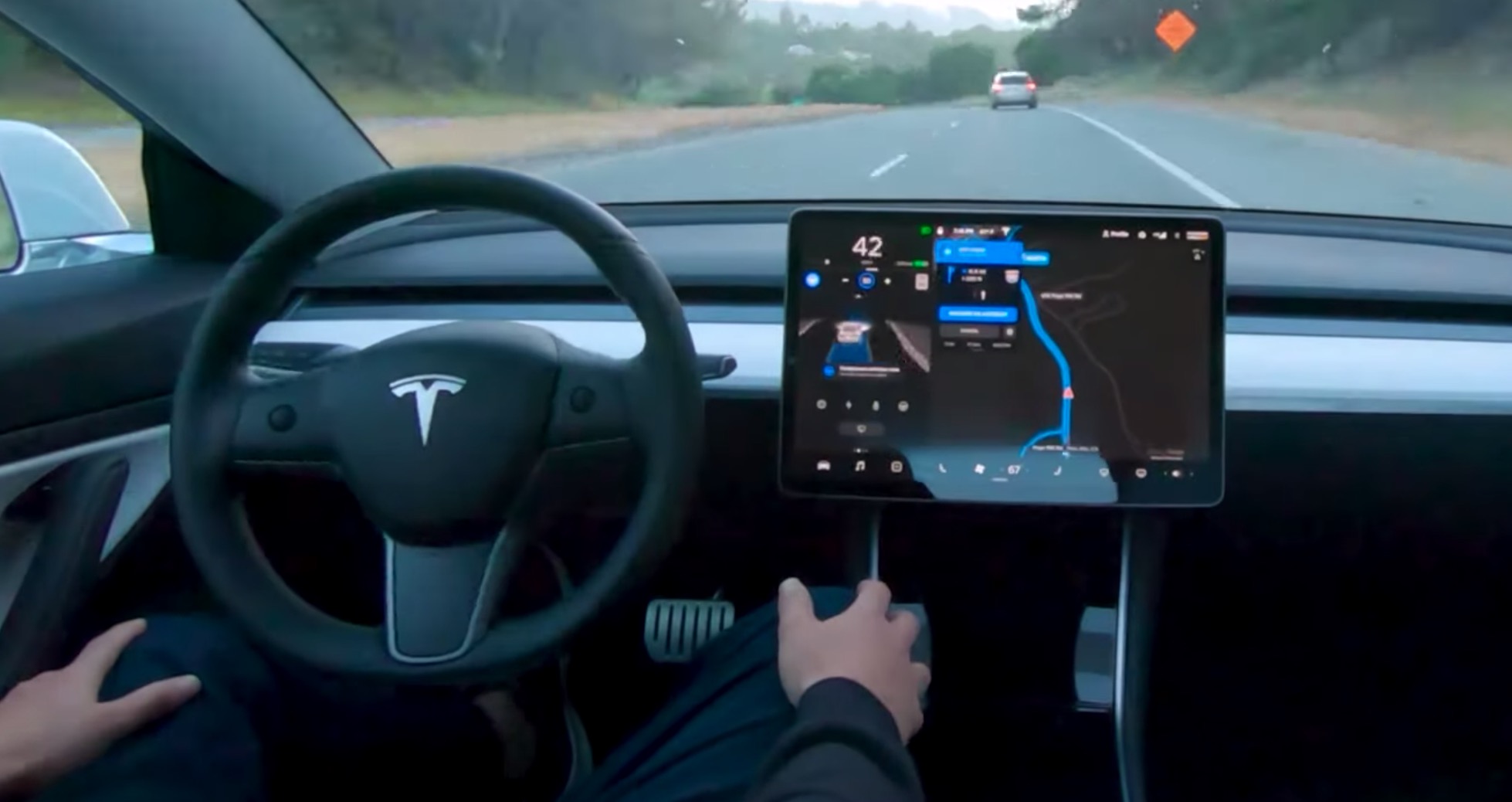 In this screenshot, we can see the vehicle’s path highlighted in blue on the screen, which is not the case with Autopilot.

The render of the vehicle itself also appears to be different. The angle is further back the render doesn’t show as far out in front of the car as it currently does with Autopilot.

In this still image from the video, we can see the rendering showing an intersection on the screen – another thing that the current version of Autopilot can’t do.

Other than that, the self-driving system is extremely similar to Tesla’s current Autopilot.

On the highway, the capability appears similar to Tesla’s current Navigate on Autopilot and the main difference is that it doesn’t prompt the driver to apply pressure on the steering wheel.

Let us know in the comment section below if you spot other differences.