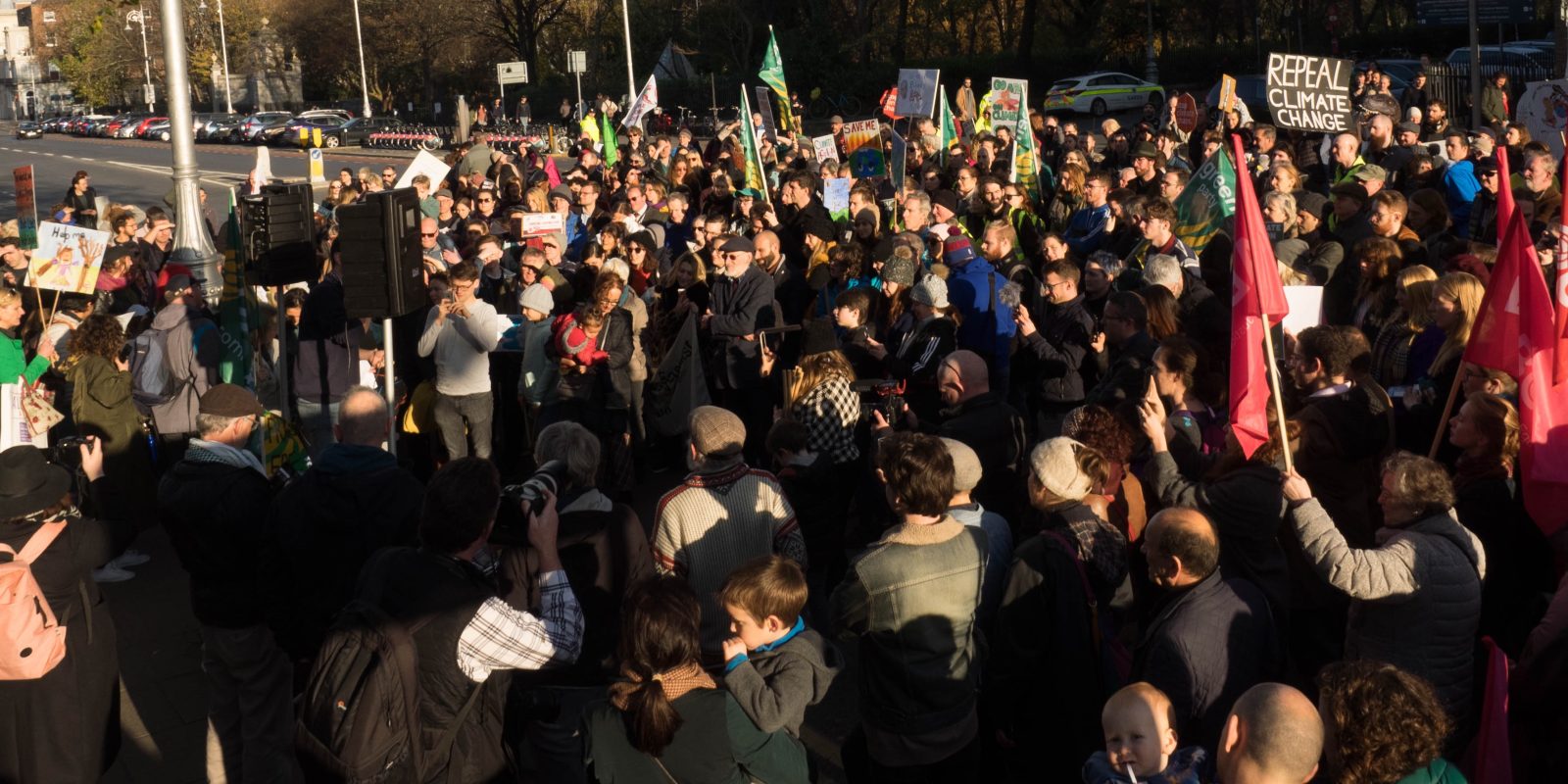 A new wave of climate protests is sweeping across Europe, as activists in England and France took to the streets today in a number of locations.

The UK-based Extinction Rebellion movement has stepped up its protests in recent weeks, as the group staged a protest today at London’s Oxford Circus. Extinction Rebellion’s Twitter account describes itself as “Non-violent direct action and civil disobedience for action on climate breakdown and ecological collapse.”

Police surrounded a pink boat with the words “tell the truth” emblazoned across its side, and eventually began pulling activists away from the symbolic ship, Sky News reports.

Meanwhile, a protest at London’s Heathrow Airport was held by “youth activists all born after 1990,” reports The Guardian, which describes Extinction Rebellion Youth as a group that “operates with some autonomy from the wider organisation.”

The group said they weren’t planning to disrupt flights, “though they had planned to block traffic intermittently.” Activist Talia Woodin, 19, told The Guardian:

“I shouldn’t be here, I should be revising for my end-of-year exams. But I have to be here. What good is a degree if there is a possibility that there is no future?”

Sky News said those protestors left by lunchtime “without having disrupted a single flight, saying they felt their message had been heard.”

Extinction Rebellion’s London protests throughout this week have resulted in 570 arrests, police told Sky News, but only 10 people have faced charges.

Please do join us ⁦@GretaThunberg⁩!

All across the world, ordinary people are rising up and demanding justice. We are all part of the same glorious energy. We owe you so much.

Activists were protesting the French bank’s “links to the oil and gas industry,” Greenpeace said.

Reuters reports that police pepper-sprayed a group engaging in a sit-down protest in front of the bank’s entrance, while some activists cuffed themselves to metal poles or taped themselves together.

Behind the group were posters of French President Emmanuel Macron reading “Macron, President of Polluters.”