Tesla confirmed this week that it is developing a “unique battery recycling system,” which the company believes will result in “significant savings” over the long-term.

As we reported yesterday, Tesla released a fascinating new ‘impact report’ to look into how its products and operations are impacting the environment.

In one of the sections, Tesla addressed the idea of recycling batteries:

“A common question we hear is, “What happens to Tesla vehicle battery packs once they reach their end of life?” An important distinction between fossil fuels and lithium-ion batteries as an energy source is that while fossil fuels are extracted and used once, the materials in a lithium-ion battery are recyclable. When petroleum is pumped out of the ground, chemically refined and then burned, it releases harmful emissions into the atmosphere that are not recovered for reuse. Battery materials, in contrast, are refined and put into a cell, and will still remain at the end of their life, when they can be recycled to recover its valuable materials for reuse over and over again.”

Tesla’s approach to battery recycling is quite different from most other automakers who are so far focusing on end-of-life applications for battery packs.

Many automakers, like Hyundai, BMW, and Renault, have announced plans to use old battery packs in energy storage systems instead of recycling them to make new ones.

Some of them are already doing it with older battery packs coming back to them.

Tesla says that it doesn’t have a significant number of battery packs currently coming back due to their end-of-life, but it has a few packs coming back from “R&D, manufacturing, quality control and service operations” and the automaker is recycling those batteries.

The company says that it is currently working with third-party recyclers for those:

“Today, we work with third-party recyclers around the world to process all scrap and end-of-life batteries to recover valuable metals. Our recycling partners work with us to ensure that non-valuable or non-recoverable materials from the batteries are disposed of responsibly.”

But that’s apparently a temporary solution as Tesla claims to be “developing a unique battery recycling system” at Gigafactory 1 in Nevada.

Tesla wrote in the impact report:

“At Gigafactory 1, Tesla is developing a unique battery recycling system that will process both battery manufacturing scrap and end-of-life batteries. Through this system, the recovery of critical minerals such as lithium and cobalt will be maximized along with the recovery of all metals used in the battery cell, such as copper, aluminum and steel. All of these materials will be recovered in forms optimized for new battery material production.”

Several companies are currently working on ways to be able to recover critical minerals from battery cells in the recycling process. 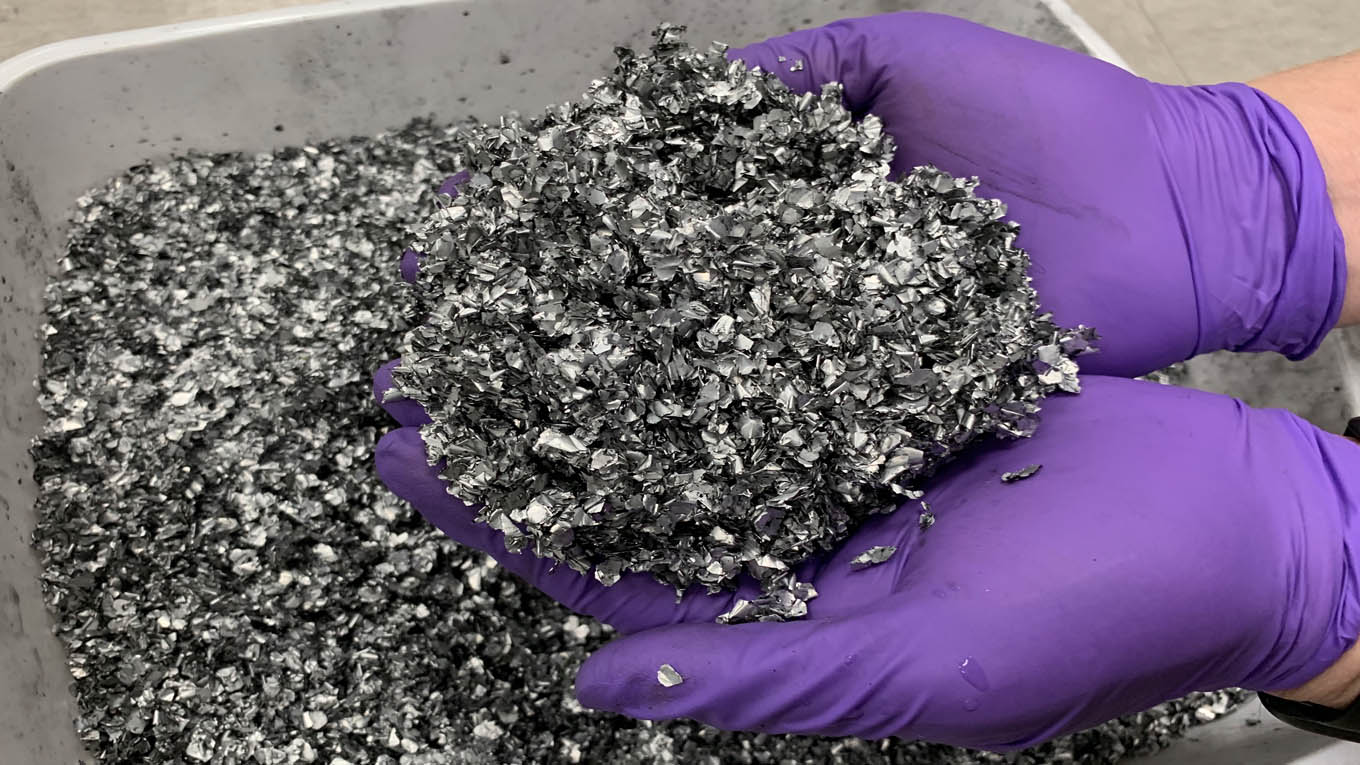 Tesla believes that its own closed-loop battery recycling process will result in significant savings:

“The closed-loop battery recycling process at Gigafactory 1 presents a compelling solution to move energy supply away from the fossil-fuel based practice of take, make and burn, to a more circular model of recycling end-of-life batteries for reuse over and over again. From an economic perspective, we expect to recognize significant savings over the long term, as the costs associated with large-scale battery material recovery and recycling will be far lower than purchasing and transporting new materials.”

Not much else is known about Tesla’s battery recycling process at Gigafactory 1.

Interestingly, JB Straubel, Tesla co-founder and current CTO at the automaker, started a material recycling startup two years ago and it is believed to be connected to Tesla.

This is an important part of the equation for the electric future and I think it needs to be emphasized more.

As Tesla mentioned, it is a question that comes up often and when it does, I like to point out that when gasoline is burnt, it’s over. It’s now in the atmosphere.

With batteries, you have other opportunities when they are not useful inside vehicles anymore.

I am not sure whether or not Tesla’s approach to recycling is necessarily better than what other automakers are doing with their batteries at the end-of-life, but they are all better than just burning gasoline.