Tesla has released today a fascinating new kind of report called ‘impact report’ that looks into the impact of Tesla’s “products and operations have on the environment and communities.”

The automaker announced the new report:

“Today, we’re publishing our first ever Impact Report, which measures the impact our products and operations have on the environment and our communities. We believe the faster the world moves towards a zero-emission future, the better, so we’re working hard to minimize our greenhouse gas footprint, while investing in our employees and the communities in which we operate. We look forward to sharing further progress in future reports.”

One of the biggest claims made in the report is that Tesla’s fleet of over half a million vehicles helped prevent 4 million tons of CO2 from being released into the atmosphere.

“Over 550K Tesla vehicles have been sold, and they have driven over 10B miles to date, resulting in a combined savings of over 4M metric tons of CO2. This is the equivalent of saving emissions from being released into the environment from over 500K ICE vehicles with a fuel economy of 22 miles per gallon (MPG).”

On the energy generation side, Tesla says that it “installed over 3.5 Gigawatts of solar installations and has cumulatively generated over 13 Terawatt-hours (TWhs) of 100% clean energy.”

Tesla also goes into details about its impact at the operational level, including using its own products at its own facilities, like Powerpacks at Fremont factory and a solar power installation at its Tilburg factory.

“In 2017, Tesla established a baseline global carbon impact footprint across manufacturing, retail, distribution, sales, Supercharger, energy, warehouse and ofce facilities. For this baseline year, Tesla focused on tracking electricity and natural gas usage for our sites. Moving forward, we will continue to build out this data, which will help us set specific targets with the goal of driving down our GHG footprint on a perproduct basis as we continue to grow our business.”

They released the following graphic about their operations: 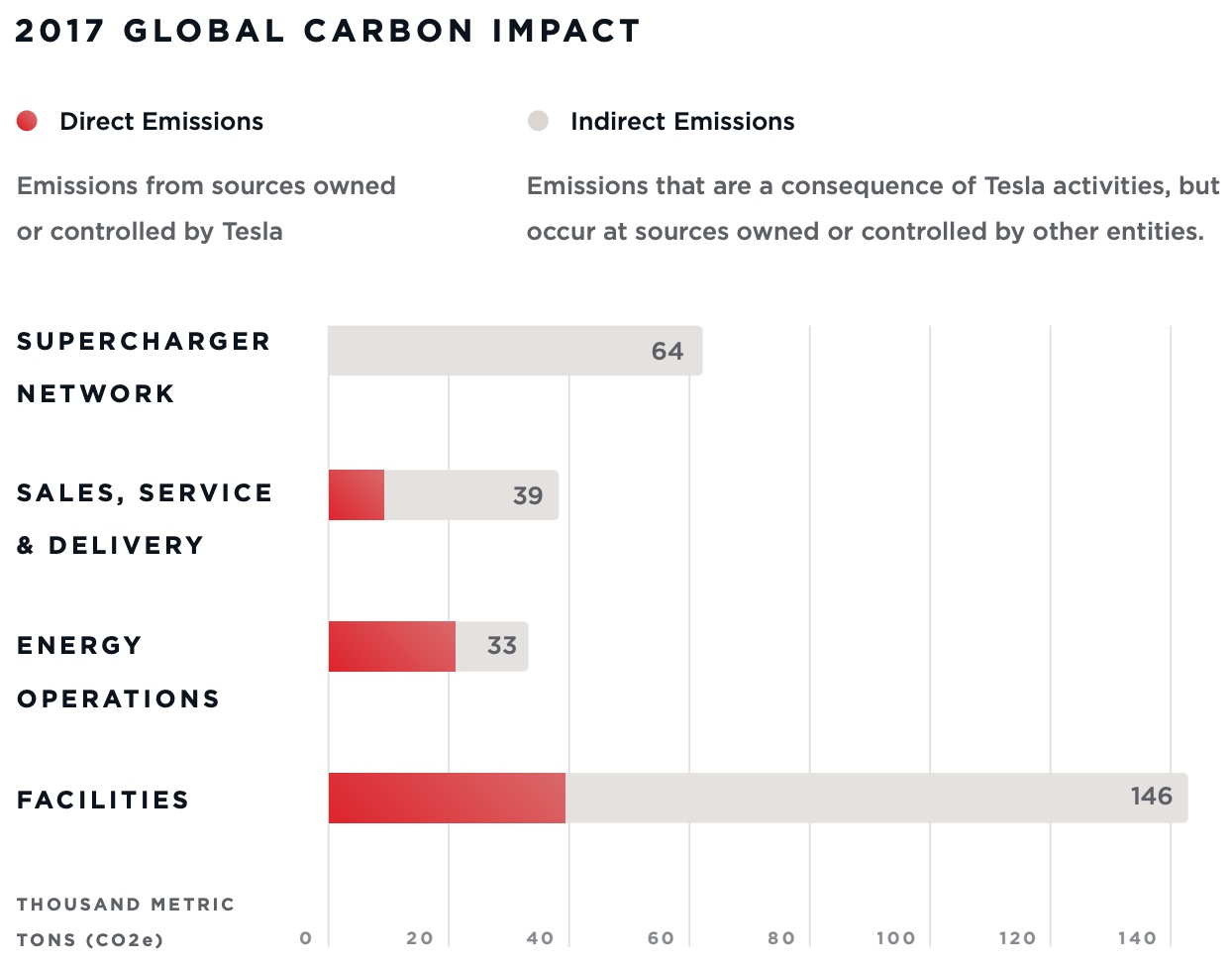 The story is still developing…