Like in Norway, but electric vehicles are always topping the charts in Norway.

Now Tesla is also dominating the market in Switzerland with the introduction of the Model 3.

Based on registration data, Tesla delivered 1,094 Model 3 vehicles in Switzerland in March – beating the long-standing bestsellers Skoda Octavia (801) and the VW Golf (546).

The Model 3 has helped Tesla already push its 2019 delivery numbers past its full-year 2018 delivery results: 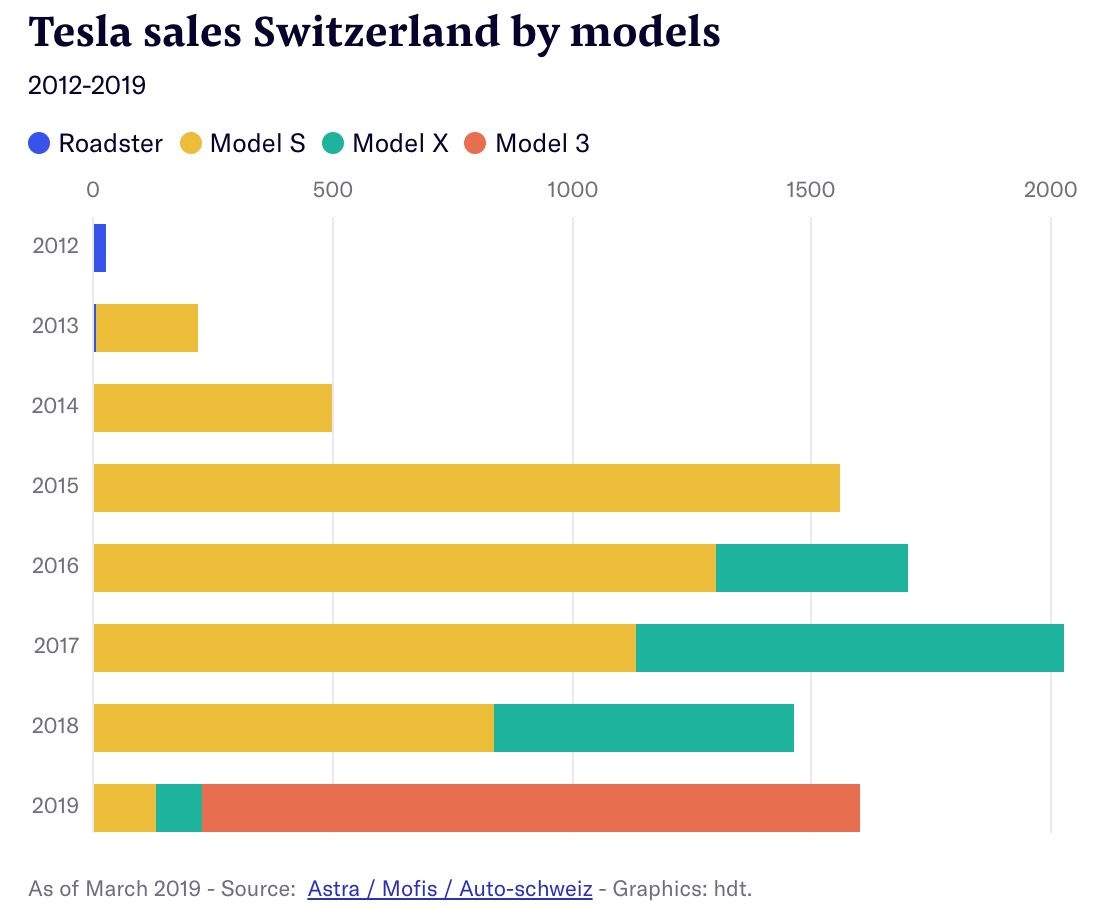 Switzerland has long been an important market for Tesla. The automaker has often delivered more vehicles in the small market than in the much bigger neighboring German market.

The Tesla Model S was often at the top of the best-selling electric cars in Switzerland.

As I like to mention when discussing Tesla’s Model 3 deliveries in Europe, that’s just with the two most expensive versions of the Model 3.

Those numbers should go way up when Tesla introduces some less expensive versions of the vehicle later this year.

I wouldn’t be surprised if Model 3 is in the top 5 of the bestselling vehicles in the most important auto markets in Europe several months later this year.

I don’t think it will be consistent due to Tesla’s cyclical production and deliveries in Europe, but the numbers should still be extremely impressive.