Watch Tesla Autopilot stopping at red light on its own for first time [Warning: not available yet] 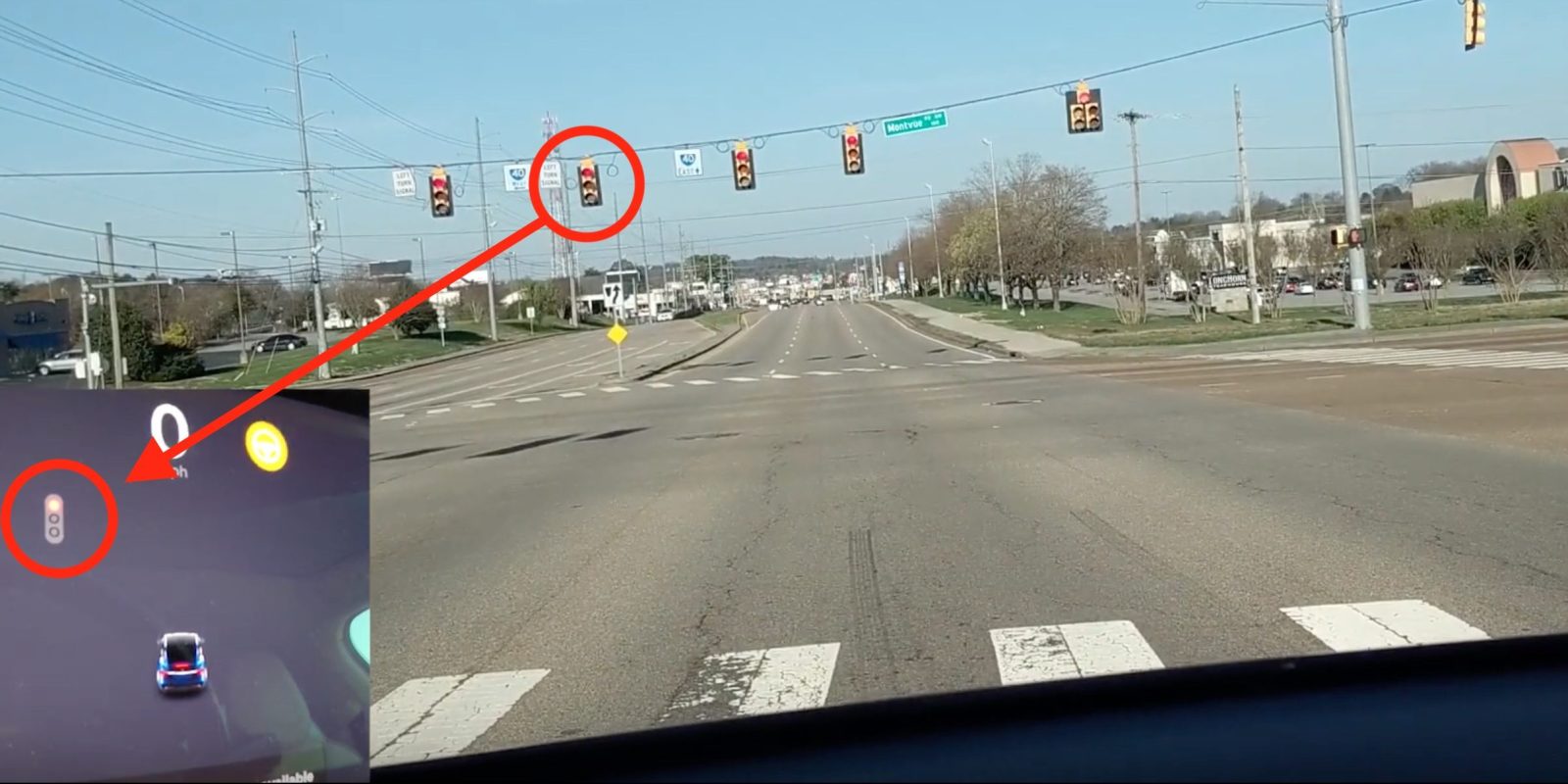 Tesla is currently making some interesting moves to slowly transition its Autopilot system from a driver assist system for highway driving to an autonomous driving system that can handle intersections and city driving.

We are now even seeing Tesla Autopilot stop at red lights on its own for the first time.

First off, let me start by making it clear that this is not something that is currently available in a public version of Tesla’s Autopilot software. Therefore, please do not try it on the road and you should always stay vigilant when using Autopilot.

Tesla hacker verygreen, who has been known to bring us some impressive visualization of what Tesla Autopilot can see, found a new Autopilot feature dormant in Tesla’s 2019.8.3 software update that not only detects traffic lights but also enables Autopilot to act on those traffic lights.

With his root access to his Tesla, the hacker was able to activate the feature and test it himself. He produced this video

Verygreen told Electrek that the feature, which again is currently dormant in the software, is an impressive “leap” for Autopilot, but it is also not stable:

“It is not super stable and AP temperature notably increases when enabled (hw2.0/2.5) and by not super stable – I mean it is happy to see red as green and run a red light. Also if it cannot tell it’s green it slows down to make sure it can stop in time which is kind of cool, but annoying for everybody who clearly sees green I am sure.”

While Tesla is clearly not ready to release this feature to the public, the company has started leveraging its autonomous traffic light detection to release other features.

As we previously reported, Tesla recently started adding red light warnings to let drivers know if they might run a red light.

Those moves are small steps toward being able to navigate intersections – eventually leading to a full self-driving system.