Tesla has already delivered over 3,000 Model 3 vehicles in just a few weeks and it looks like it is putting pressure on other electric vehicles in the market, which was already dominated by EVs.

As we reported last week, Tesla Model 3 is already taking over several European markets and there’s no better example than Norway.

Norway releases almost live registration data and it shows that Tesla already delivered almost 2,500 Model 3 vehicles in the country in March – bringing the total to over 3,000 vehicles since starting deliveries last month.

It is launching Tesla’s deliveries to new highs in the country, which is already Tesla’s biggest market in the world per capita.

Here are Tesla deliveries broke down by models in Norway over the last two years (via Teslastats.no):

It has now pushed the overall number of Tesla vehicles in the country to 34,720 units.

Model 3 alone increased the number of Tesla vehicles in Norway by almost 10% in just a few weeks.

The increase has been especially significant over the last week as a massive shipment of Model 3 vehicles arrived in Oslo (pictures via Sergei Bryzhak):

Last year, electric car sales grew by 40% in Norway — 31.2 percent of all passenger car sales were all-electric vehicles and when adding all plug-in vehicles, it increases to 49.1 percent of the market.

Electric vehicles are already extremely popular in the country and now the competition is becoming tougher with Model 3 getting a lot of mindshare.

Nissan is responding by offering discounted interest rates for the Leaf. For the rest of the month, Nissan is financing the Leaf for just 0.25% (via Jim Roger Johansen): 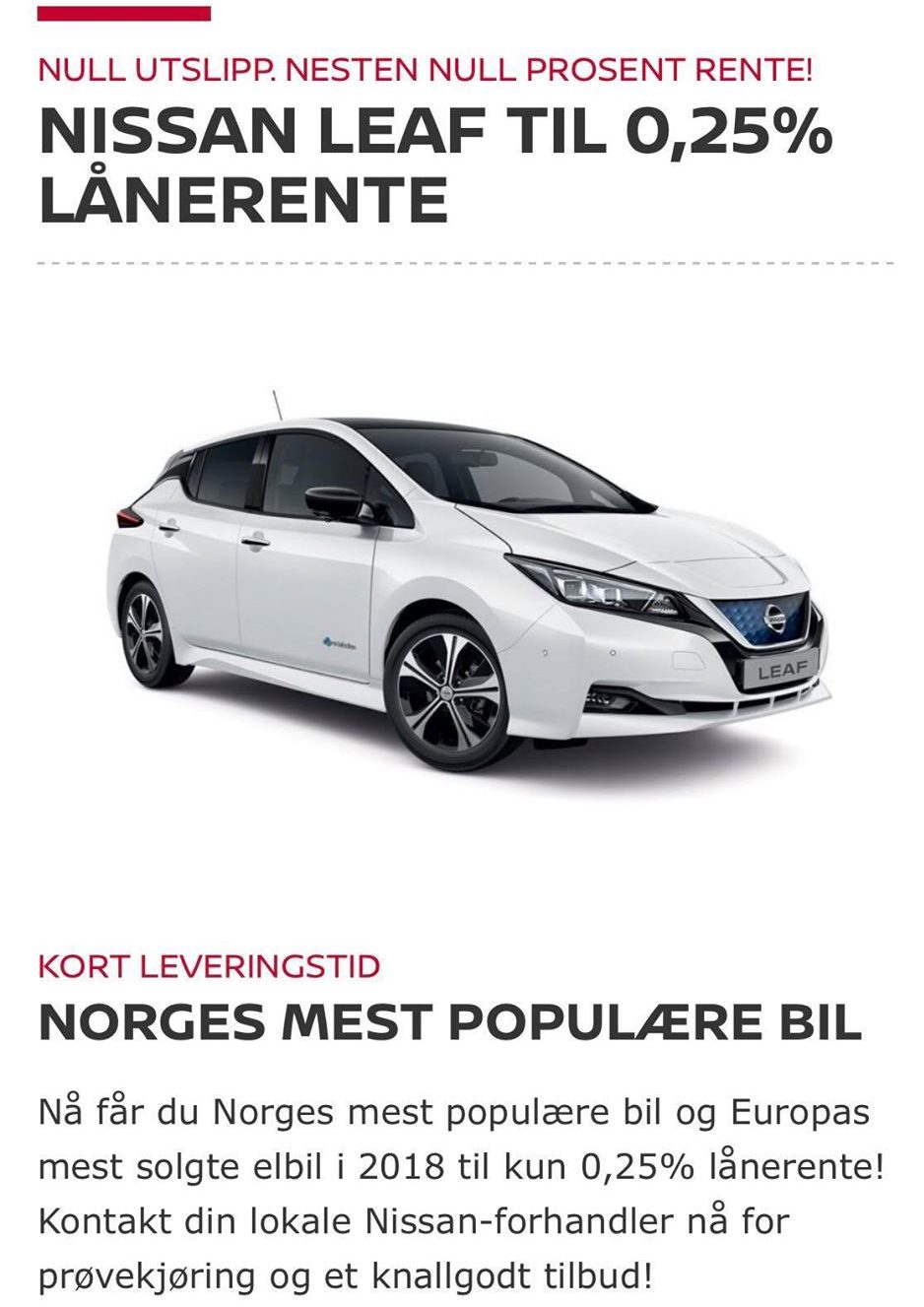 The Leaf has been a top-selling electric vehicle in Norway for a long time, but Model 3 is expected to take the top spot by a wide margin this month.

More Model 3 deliveries are expected in the next few weeks and only the two higher-end versions of the vehicle are currently available.

Tesla is expected to start selling the 2 other less expensive versions of Model 3 in Europe in the coming months.

That’s what I like to see. Automakers are not putting a lot of weight behind their electric vehicles right now, especially when it comes to advertising.

I think we are going to see this change with increased competition and Tesla flooding the market with Model 3 vehicles will bring a lot of that.

Low-interest rates like this are interesting. We have seen Jaguar doing the same for the I-Pace in the US and it is apparently a successful tactic.