Tesla just released a new Model Y teaser video – revealing the shape of the small SUV ahead of the unveiling event later today.

Over the last few days, CEO Elon Musk has been releasing a few new details about Model Y.

He says it will be about 10% bigger than Model 3 and look really similar.

Until now, the automaker was only showing the front end of the vehicle and hiding the overall shape.

In a new teaser for the livestream of the launch later today, Tesla showed the Model Y in a car cover – showing the whole shape from a three-quarter view:

In the short video, we can see the vehicle inside Tesla’s Design Center, where it will be unveiled later today.

It is under a car cover, but we get a pretty good look at the overall shape: 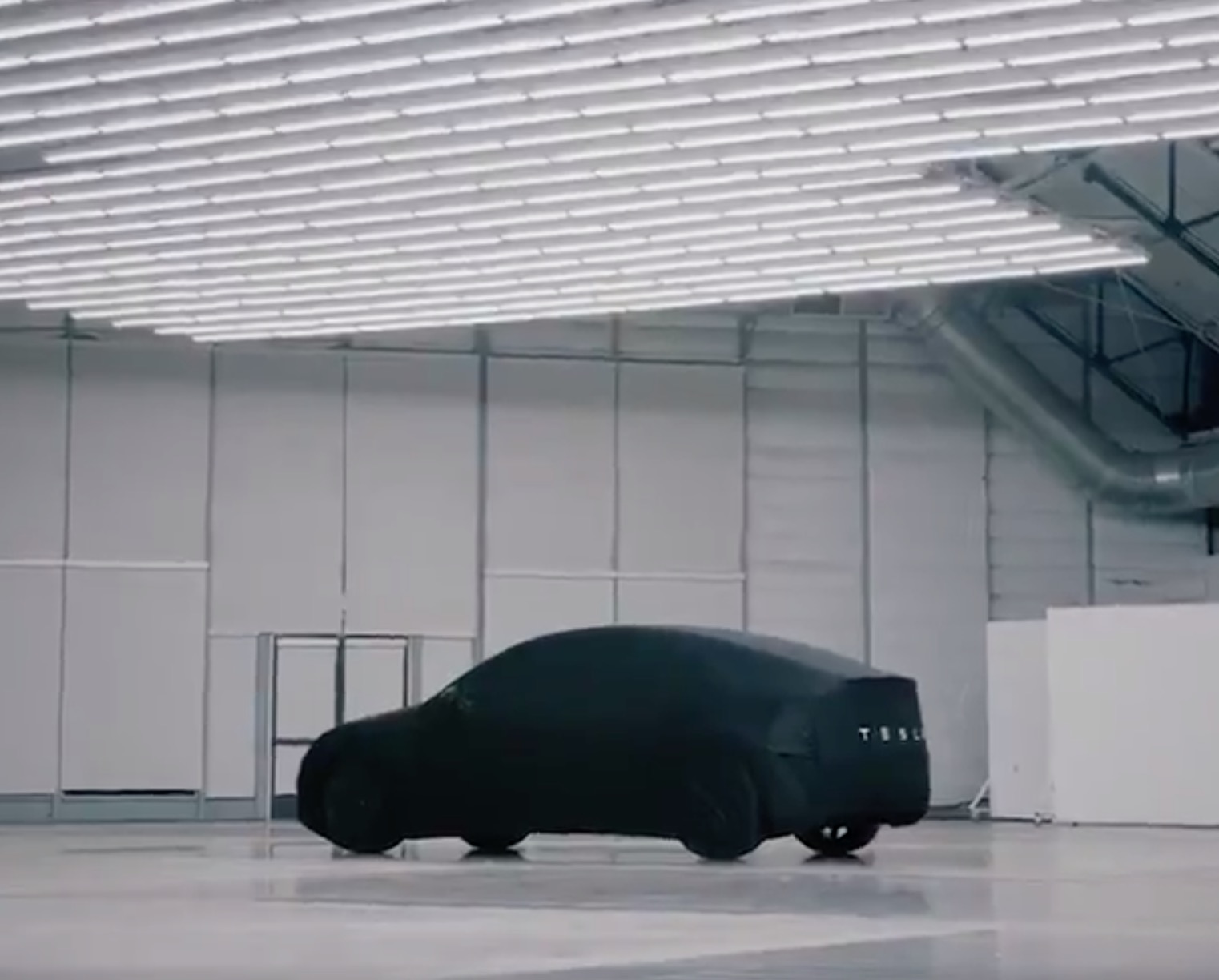 The shape definitely looks like a Model 3 sitting a little higher and with a different back – likely due to a much bigger hatch.

It is most likely the last teaser we will get until the unveiling at 8PM PT (11PM ET) tonight.

We will be reporting live from the event. Stay tuned for more details. To know what to expect from tonight’s Model Y unveiling, you can read our preview post.