In a disastrous turn of events, a garage fire broke out in the facility holding the MotoE racing series electric motorcycles. Early reports are that all 18 bikes were consumed in the blaze.

MotoE is the electric equivalent of the MotoGP motorcycle race and sanctioned by the FIM.

The electric sport bikes used in MotoE are specially modified versions of the Energica Ego provided by the Italian electric sportbike maker Energica.

The inaugural season was set to begin this May alongside the FIM’s MotoGP. All 18 bikes were at the Jerez Circuit in Spain for their second full test ahead of the season starter.

However, the disastrous fire could spell the end of the season before it even begins. 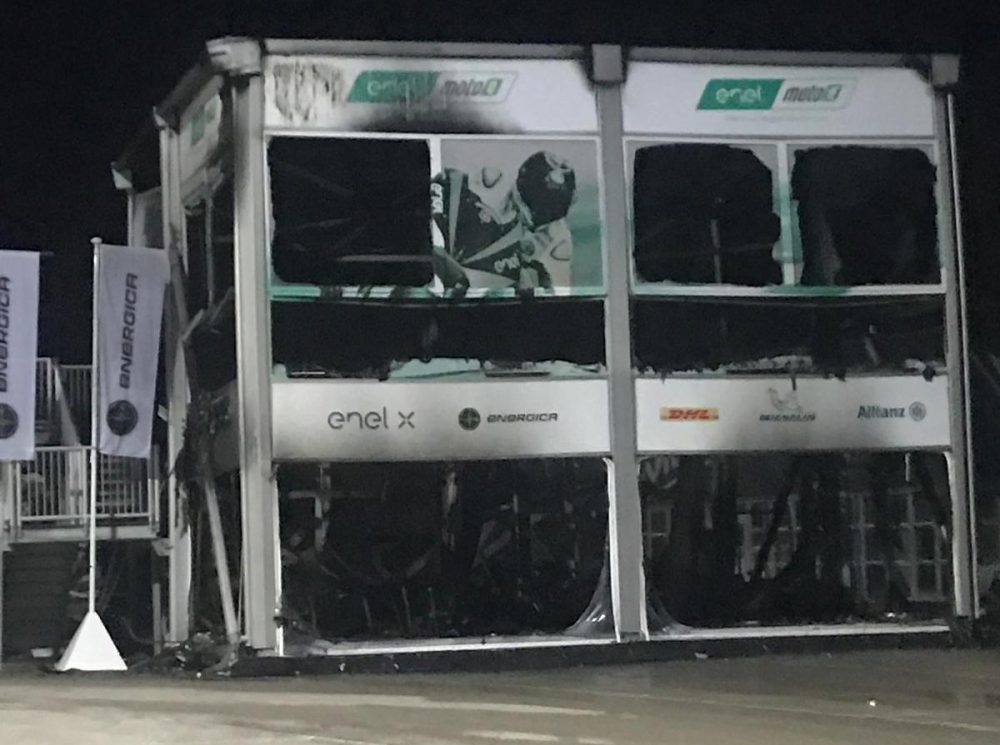 The catastrophic fire apparently broke out in a temporary garage space that was shared by all 11 teams.

It appears that all 18 bikes were consumed in the fire, along with the gear and tools used by teams. The shared space housed everything used by the teams, from racing gear, laptops, equipment and driver’s kits – all of it apparently destroyed in the fire.

At this time there is no indication of what caused the fire. 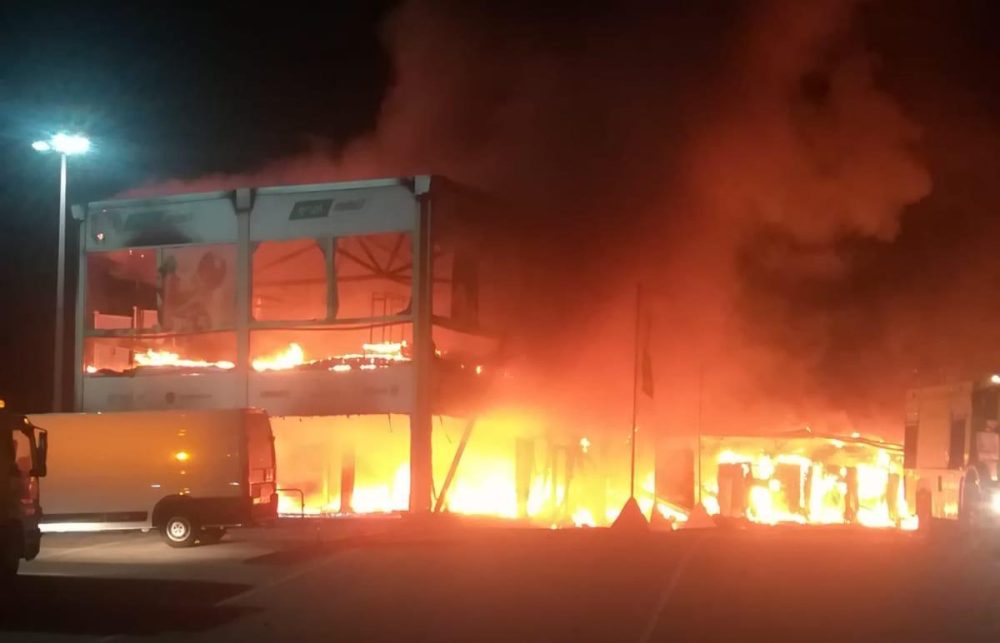 Fortunately, no one was injured in the blaze.

However, there is serious doubt about whether the season will be able to continue after this massive setback.

The Energica Ego electric superbikes were specially modified by Energica for the series. It is not clear whether the company will be able to produce another 18 bikes in time for the inaugural race just one and a half months away.

This is a major setback, but at least no one was injured or killed.

Many people (myself included) were incredibly excited to see the MotoE introduce electric motorcycle racing alongside the MotoGP. It was a chance to show the world how well electric motorcycles can compete. With their high-end torque and acceleration, the races were sure to be exhilarating.

I seriously hope Energica will be able provide a new field of bikes for these teams, and that the gear and tools they lost will be replaceable. With all of their computers being destroyed as well, let’s hope everyone was backing up regularly. 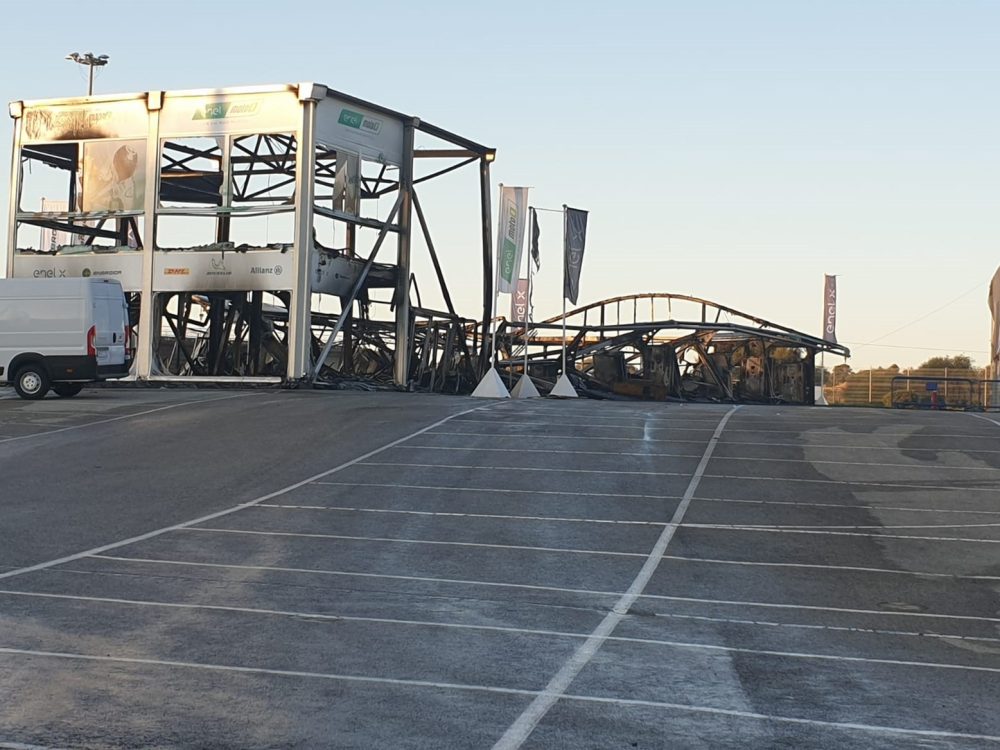 Lastly, we have to address the elephant in the room. While no one is sure yet where the fire started, suspicions are likely to point towards the bike’s battery packs. While this may be the case, it is also possible that other electronics such as high power chargers were the culprit, or even old-fashioned negligence such as tossing a cigarette butt out in the wrong place. Without conventional gas fueling stations to worry about, perhaps someone got lazy.

And it is not outside of the realm of possibility that this was a case of arson. There are no shortage of e-haters out there, but let’s hope that wasn’t the case here.

I think that with the rare level of battery fires from electric vehicles, we’ll need to wait and refrain from condemning the bikes so early. We’ll be back with updates though as soon as we have more info.

“At around 00:15 early on the 14th of March during the second preseason MotoE™ test at the Circuito de Jerez – Angel Nieto, the E-Paddock for the FIM Enel MotoE™ World Cup caught fire, causing major damages and losses. The cause of the fire is currently under investigation.

Fortunately there have been no injuries. An update will follow in the coming hours regarding the exact causes of the fire and any subsequent changes to the calendar.”