The volume production of Tesla Model 3 and the deliveries of the electric sedan in its home state has helped electric car sales surge to new highs in California.

According to registration data gathered by IHS for a California New Car Dealer Association report, all-electric vehicle sales have increased by over 80% in California in 2018.

The bulk of the increase can be attributed to Tesla introducing Model 3 in the US.

In 2017, the automaker only delivered a few thousand Model 3 vehicles in its home state, but the number surged to 51,293 Model 3 registrations in 2018.

According to the registration data, Tesla had the two best selling all-electric cars in California in 2018: 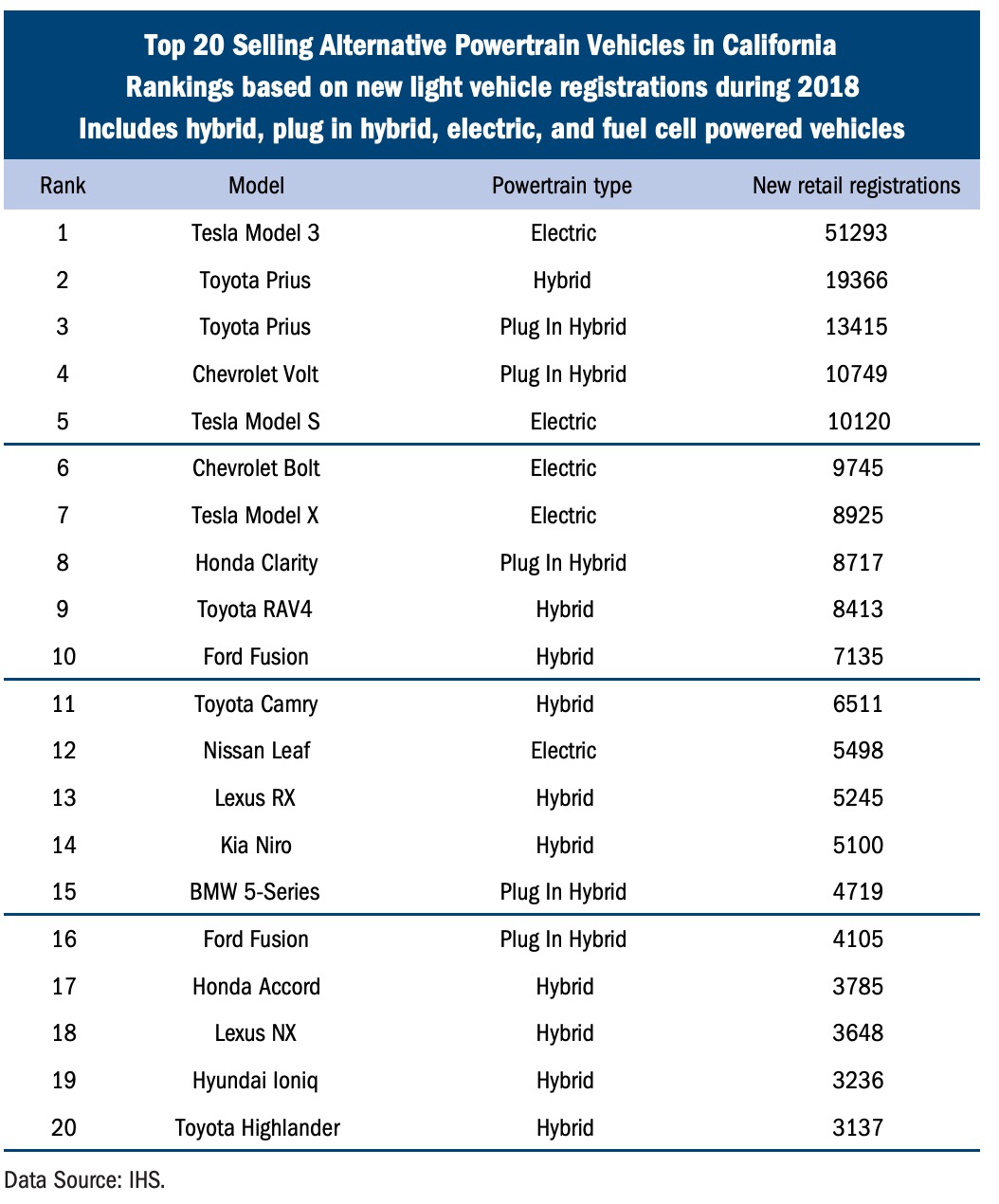 Even when including hybrids and plug-in hybrids, Tesla still comes on top when it comes to overall market shares for “alternative powertrain” in California.

While Model 3 helped EV sales increase in 2018, electric cars still have a long way to go in California, which is the largest market for electric vehicles in the US.

Gasoline vehicles still represented over 80% of the market, but their market share went down: 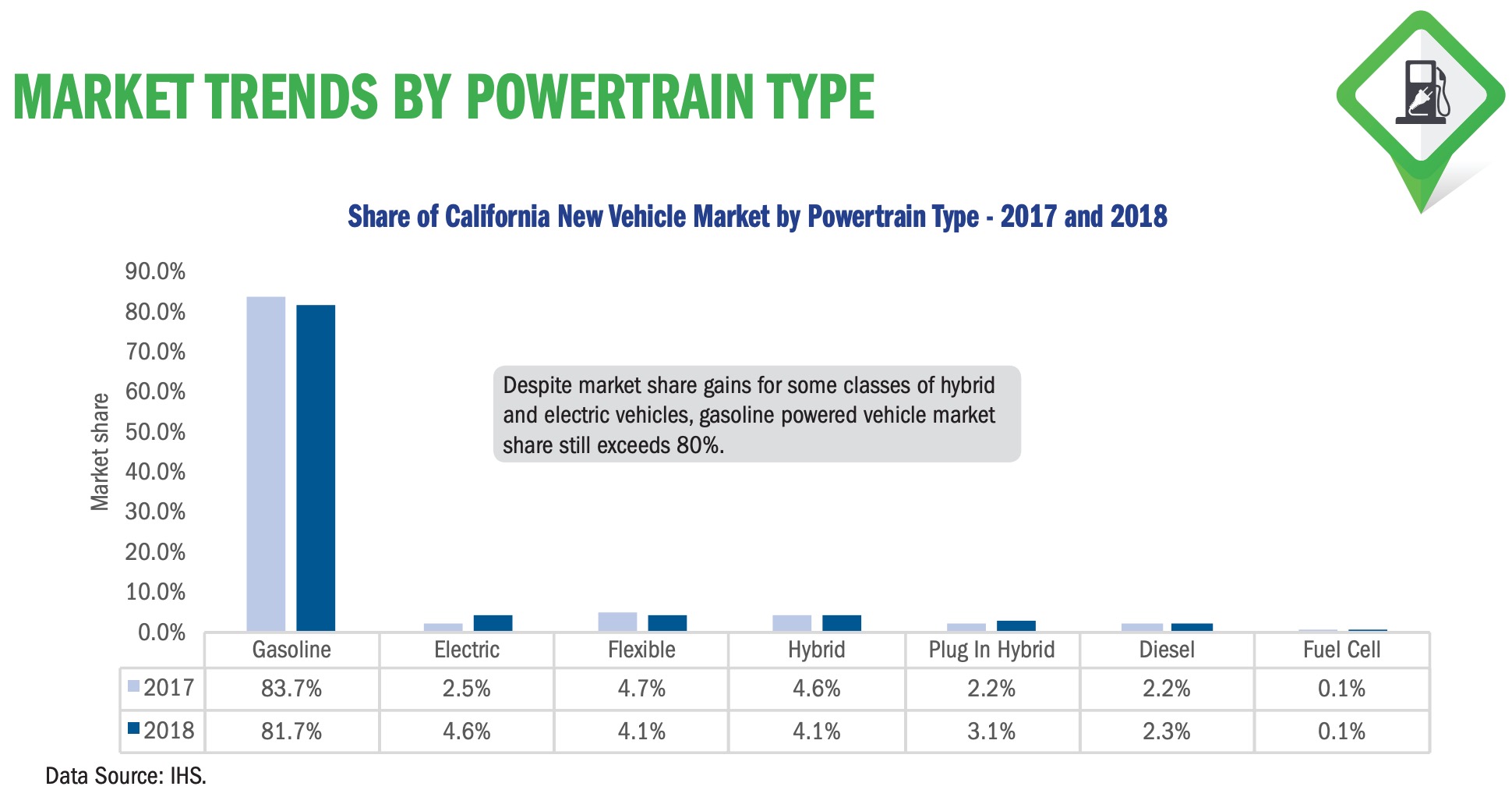 All-electric vehicles saw the biggest market share increase in the state of California in 2018 – again explained by the introduction of the Tesla Model 3.

The trend is expected to continue in 2019 with several new all-electric vehicles, like the Audi e-tron and Kia Niro EV, hitting the roads in California.

Last year, electric car sales grew by 40% in Norway — 31.2 percent of all passenger car sales were all-electric vehicles and when adding all plug-in vehicles, it increases to 49.1 percent of the market.

Tesla is only now launching the Model 3 in Norway and it is expected to have a similar impact on the market as it did in the US.