Lightning Motorcycles still hasn’t entirely dropped the veil on their upcoming 150 mph (241 km/h) Strike electric motorcycle. But they have shared a number of details, with the latest being the multitude of fast and slow charging options.

With all of the new electric motorcycles being debuted this year, you might have forgotten about the yet-to-be-released Strike.

But when it comes to the upcoming Lightning Strike, we don’t have many details. So far we know that it is rated for a speed and range of 150 mph and 150 miles (241 km/h and 241 km), offers DC fast charging and that it should start at just $12,998. We’ve also seen its liquid cooled motor. But other than that, most other specs are still shrouded in mystery until its unveiling later this month

Fortunately though the company has been dropping hints in the lead-up to the big debut. The latest news out of Lightning’s San Jose, California headquarters relates to the Strike’s charging options. 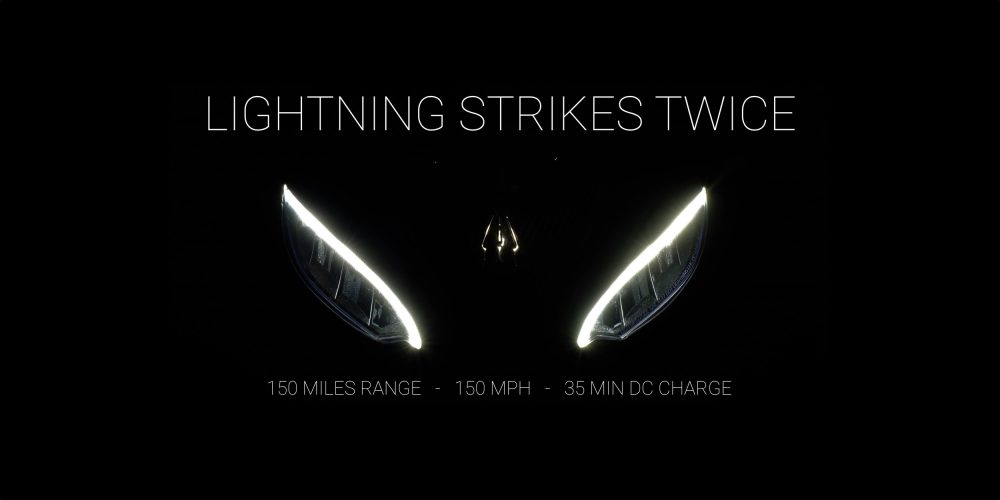 According to Lightning, the Strike will feature the standardized Combined Charging System (CCS) enabling Level 1, Level 2 and Level 3 DC fast charging from a single charge port. The inclusion of CCS should provide Strike owners with the maximum charging speeds, as well as the flexibility and convenience of charging anywhere. 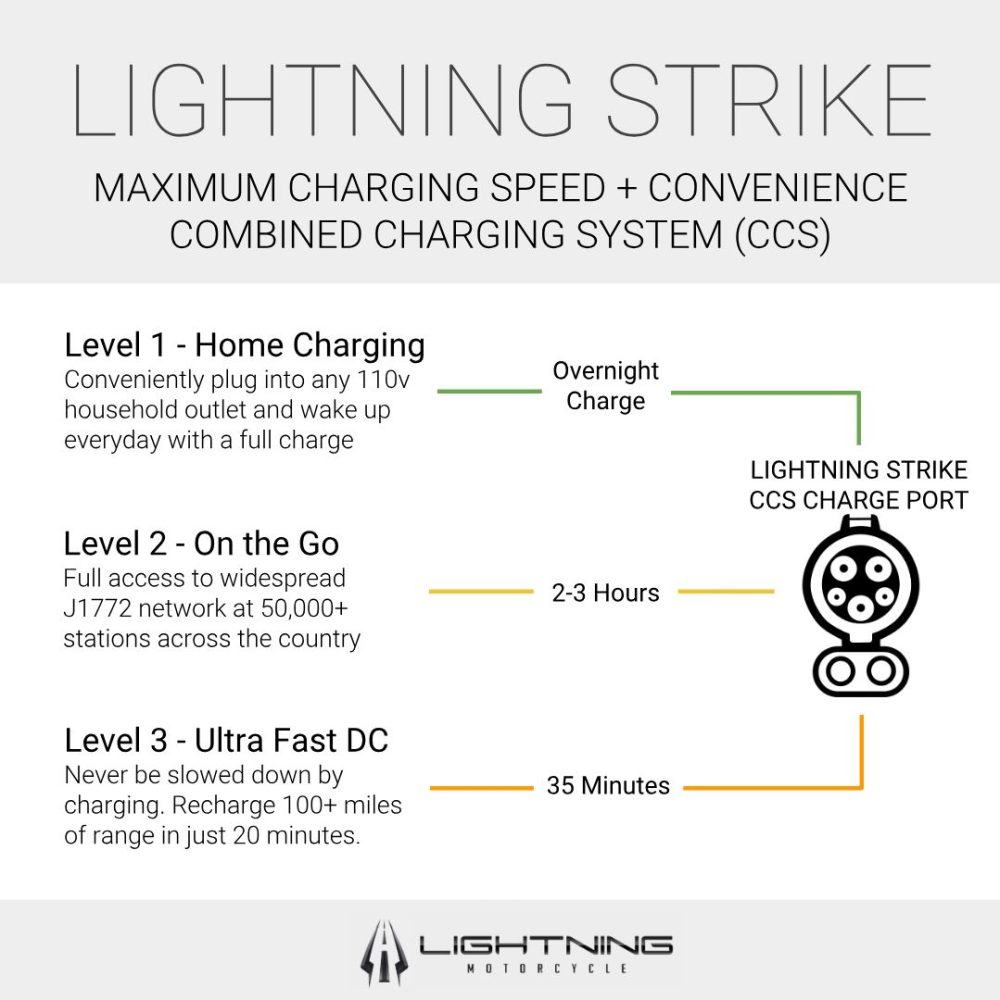 Level 1 charging is fairly standard, and is how many owners will charge their Strikes overnight. It uses 110 VAC to power the Strike’s on-board charger. It isn’t a fast charge, but it is actually healthier for the battery by reducing heat and charging slowly. Strike motorcycles will include a standard Level 1 charge cord that can be plugged into any 110 VAC outlet.

Level 2 charging allows for much faster charging. Lightning says that the Strike should be capable of recharging in 2-3 hours. There are over 50,000 Level 2 chargers in the J1772 network across the United States, including many free public chargers.

Level 3 charging, also known as DC fast charging, is less commonly available but offers much faster charge times. It bypasses the Strike’s onboard AC inverter and can recharge the battery in as little as 35 minutes. With Level 3 charging, longer rides and motorcycle touring become a possibility for Strike riders. However, with a claimed range of 150 miles (241 km), many riders may find Level 1 and Level 2 charging sufficient for normal, everyday usage.

“A major objection of electric motorcycle ownership has always been slow charging – often requiring many hours and limiting all-day riding and long distance touring ability. With the upcoming launch of the all-new Strike, Lightning intends to put an end to the era of slow electric motorcycle charging.”

I agree with Lightning that slower charging has handicapped electric motorcycles for years. But limited faster charging options have also been an issue.

Harley-Davidson’s LiveWire electric motorcycle is also capable of Level 3 DC fast charging. H-D claims that the LiveWire can be recharged from 0-80% in 40 minutes – slightly longer than the Strike. However, the LiveWire doesn’t feature full Level 2 charging due to its lower power on-board AC charger. That limits it to a slower charge at Level 1 rates. So despite being able to charge from a Level 2 connection, it would still require an overnight charge.

Zero Motorcycles offers Level 2 charging options for their motorcycles via a Charge Tank add-on. However, the company doesn’t currently offer a Level 3 option.

That means Lightning is one of a select few that offers three levels of charging. Correct me if I’m wrong but I believe Energica is the only other electric motorcycle manufacturer with models that can support all three levels of charging. The Fuell Flow that was unveiled just days ago should also support Level 3 DC fast charging at 20 kW and Level 2 charging at 6 kW. The Flow likely won’t be available until at least 2021 though.

As electric motorcycles become more common, increased charging options are likely to become standard. For now though, many riders are still limited in how and where they can plug in. At least with the Strike, those limits are disappearing quickly.