Today in EGEB, India’s wind power push is hampered by delays. A new floating solar farm comes to Cambodia. And construction starts on a large solar project in Texas.

In 2015, India set a goal of installing 175 GW capacity of renewable energy by 2022. Wind power is to make up 60 GW of that capacity, and the country proceeded to auction off wind capacity in 2017 with low tariffs.

The first auctions in 2017 awarded more than 1 GW of capacity, but Bloomberg reports that nearly half of that is still incomplete, months after the commissioning deadline.

Since that year, India has awarded 8.4 GW of wind capacity through auctions. And while the first projects are slow to get going, later projects may not move much quicker.

The update comes from JN Swain, managing director at state-owned Solar Energy Corp. of India. Swain told Bloomberg obtaining land and gaining access to the power grid are the main issues holding up the projects. He noted that other, non-wind energy developments in the country were in the same boat.

Though the issues may be common, D.V. Giri, secretary general of the Indian Wind Turbine Manufacturers Association, said the situation is still a “lose-lose” for a wind industry looking to grow quickly.

Ciel & Terre’s floating Hydrelio system allows standard panels to be installed on bodies of water, and the designer said the system will last for 20 years or more.

Interesting floating solar projects continue to pop up in Asia. China and Japan are quickly adopting floating solar. Google’s first green project on the continent will involve solar panels positioned in a “canopy” system over water in Taiwan. There’s still a chance that configuration could change — it might end up floating on the water.

A short video from Ciel & Terre, posted below, shows a few seconds of the installation. The designer claims the system will generate 4.1 GWh of electricity per year.

Enel Green Power North America has started construction of what it says will eventually be the biggest solar project in Texas. The Roadrunner solar plant in Upton County, Texas will have a capacity of 497 MW once completed.

Roadrunner could be the largest solar plant in Texas when completed, but we also know of one that could be larger.

The Center for Biological Diversity gave out its annual Rubber Dodo award in February. According to the organization, “the statue is awarded each year to the person or group who has most aggressively sought to destroy America’s natural heritage or drive endangered species extinct.” The latest winner isn’t much of a surprise. 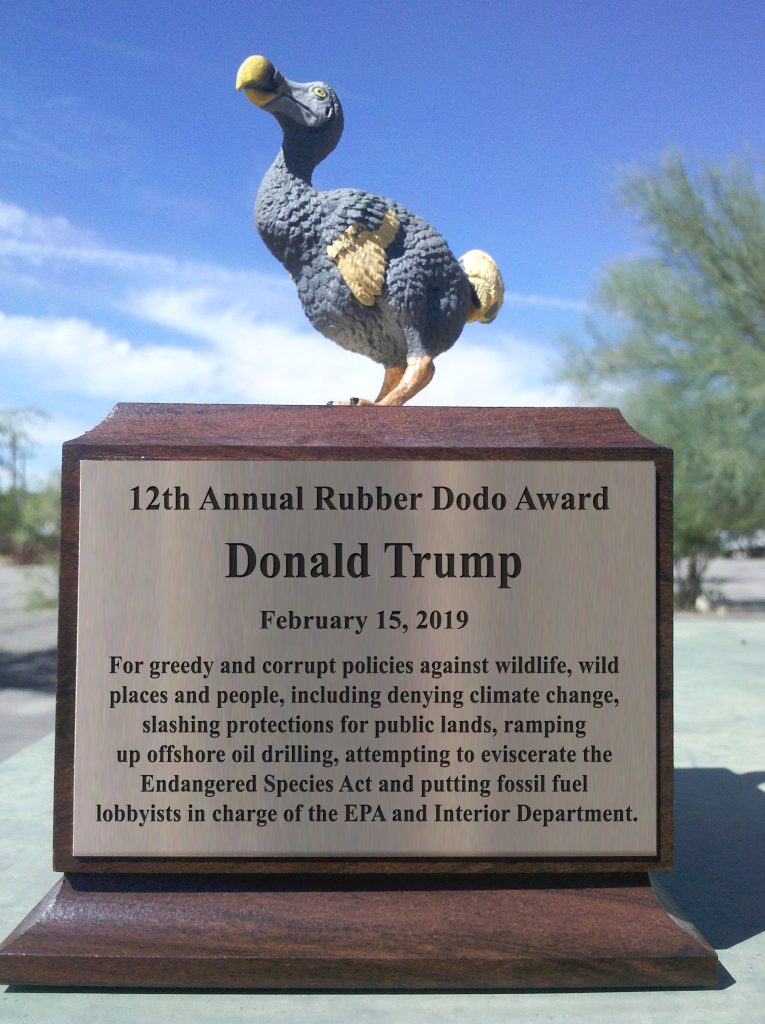