Tesla is starting to push new software having to do with the automaker’s upcoming new Autopilot Hardware 3.0 computer as the rollout becomes imminent.

As we previously reported, Tesla is working on an important new product that it claims will enable them to bring full self-driving capability to its vehicles: a new AI chip, or “neural net accelerator’, to be released in the Autopilot Hardware 3.0 computer upgrade.

Last year, Pete Bannon, Tesla’s chip architect in charge of the project, said that they were ramping up their manufacturing effort and aiming to start production of the Autopilot Hardware 3 computer around the end of the first quarter of 2019.

We are starting to see some evidence that Tesla is preparing to launch the new device.

Last month, a source told Electrek that Tesla updated the Model 3 wiring diagrams in its internal service documentation to include the new Autopilot 3.0 computer as the new standard ECU in Model 3.

Users of TeslaFi, a third-party service provider using Tesla’s API to release some features including software update tracking, have spotted cars in California receiving a new update referencing the HW3 (image via luketravisellis): 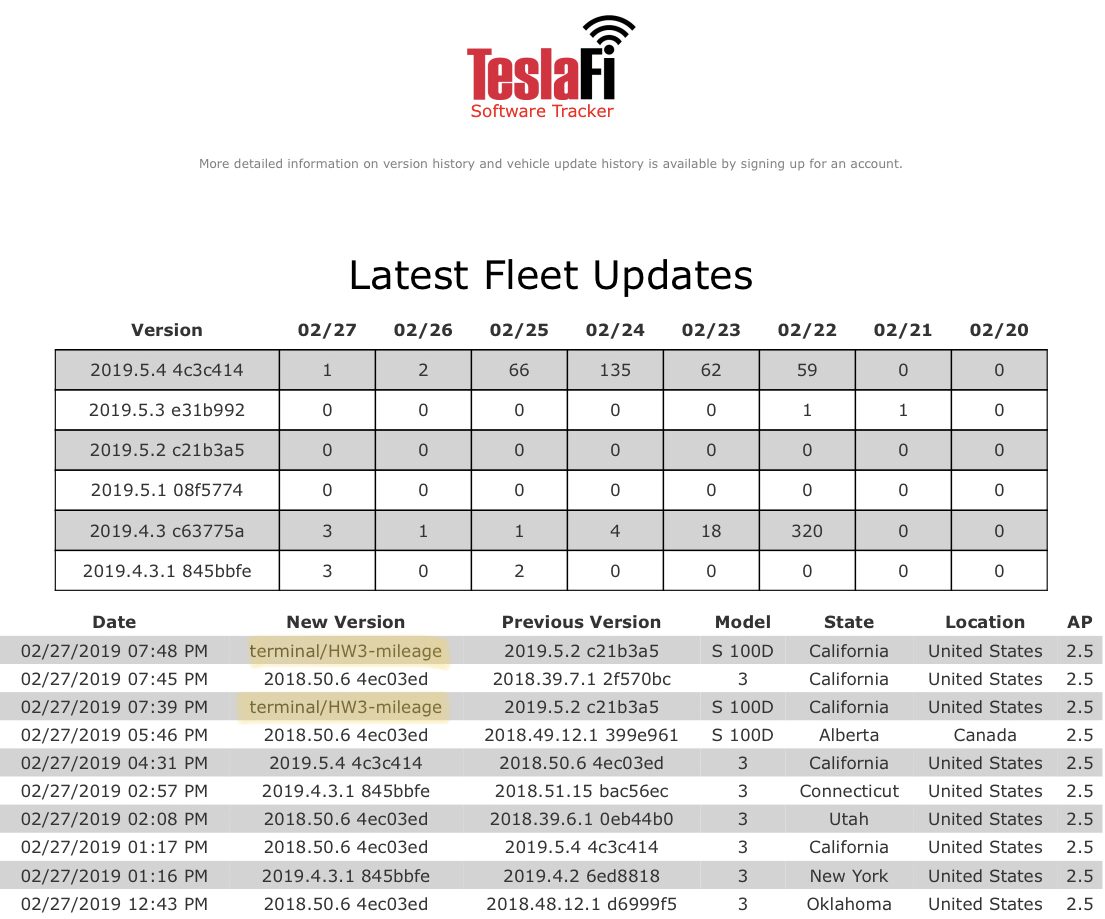 Soon after being reported, the vehicles with this new update referencing HW3 were removed from the list.

At this point, it’s still unclear what the update does, but Tesla is clearly pushing new software related to the new Autopilot computer.

With Elon teasing fresh Tesla news to be announced today, it would be easy to assume that it is about HW3, but I wouldn’t be so quick to assume that.

That said, there are evidently some Model S 100D vehicles with the new hardware in California – likely for testing purposes.

I think it might have to do with the “full self-driving program” that Tesla is running with its employees.

I doubt Tesla has engineering vehicles on the Tesla Fi fleet, but maybe some employees had their own cars on there and Tesla has now started deploying the new computers for in employee cars for the test program.