Tesla has been increasingly using more solar panels made by Panasonic at Gigafactory 2 in Buffalo for its solar retrofit business.

The production ramp-up at Gigafactory 2 has been notoriously difficult.

We have mostly been focusing on the delays in producing Tesla’s solar roof tiles, but it has also resulted in a slow rollout of Tesla’s own solar modules made by Panasonic at the factory.

A few months ago, we noted that we started seeing a shift of Tesla Energy now mainly using its own ‘Tesla-branded’ solar panels made at Gigafactory 2.

Now we learn that the shift coincided with Tesla using increasingly more powerful new solar modules custom made for them by Panasonic at Gigafactory 2.

A source familiar with the matter told Electrek that Tesla had limited availability of 320 and 325-watt panels last year, but they eventually switched to offering a new 330-watt version of a Panasonic module made to their specifications.

We obtained the spec sheet of the panel: 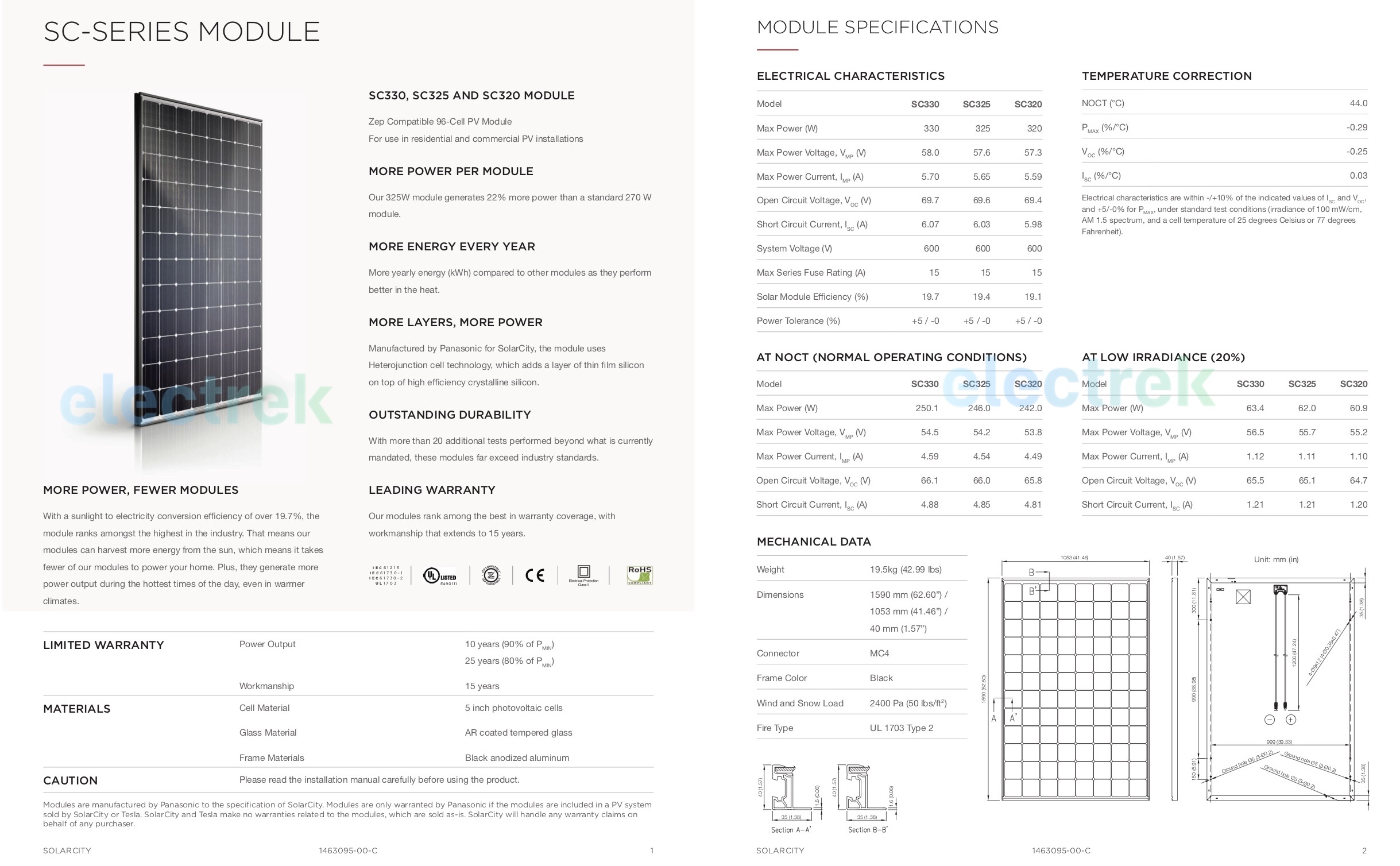 Update: Tesla confirmed to electrek that they are going to release a more efficient, premium panels that will be black-on-black later in 2019.

The introduction of the new panel came around the same time that Tesla slashed the price of its solar systems by up to 20% a few months ago.

Before SolarCity was bought by Tesla, the company was already working on its own solar panel technology, but it was only installing solar modules from a variety of suppliers.

After the acquisition, Tesla CEO Elon Musk pushed for a product differentiation with its solar products, which have mostly been third-party products offered by any other solar installer.

The solar roof tiles were part of that effort, but he also wanted differentiation in solar panels offered for clients who don’t need a new roof.

In 2017, they unveiled the new ‘sleek and low-profile’ exclusive all-black solar panel made by Panasonic.

Interestingly, this latest solar panel for Tesla doesn’t have the same black sheet design as the original one released 2 years ago and it looks most other solar panels out there.

That said, it could have potentially contributed to the cost reduction of Tesla’s solar system and the financial factor remains the most important one in the industry.

We recently reported on how Tesla is taking over neighborhoods with solar energy as neighbors explain the benefits of solar on their utility bills to others around them who are often in a similar situation.