Surly has an impressive lineup of off-beat bikes ranging from street, touring, off-road and even cargo bikes. They’re well known for making tough bikes designed for utilitarian riders. And while the company has taken longer to come around to e-bikes than others, they’ve finally joined the fray.

Surly’s first e-bike is a cargo bike called the Big Easy. And it comes with a doozy of a price.

The Big Easy is based on the same platform as Surly’s Big Dummy cargo bike.

The bike did get a few other upgrades though, to be fair. In addition to the Bosch electric bicycle system, a few structural changes were made. Surly upgraded the front fork and also increased the tube thickness in the frame. Both modifications are designed to increase the strength of the bike – important for cargo bicycles that travel at the higher speeds associated with electric bicycles. 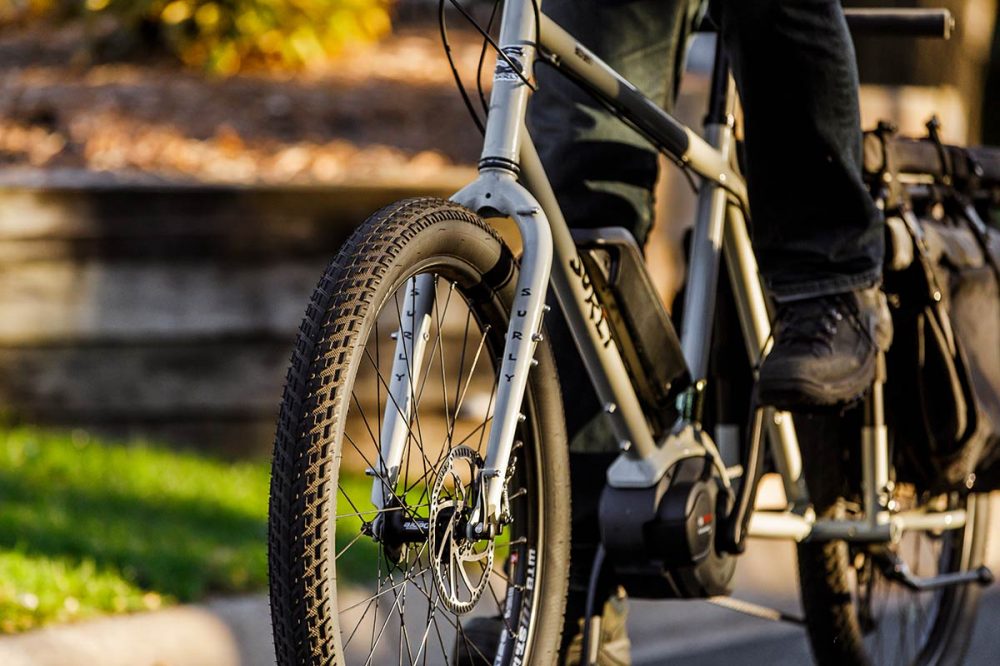 And that’s about it. Surly isn’t terribly forthcoming with the details. They didn’t provide an electric-range, but with Bosch’s most powerful Performance CX under the hood, don’t expect too much more than 30-35 miles (40-51 km) when fully laden with cargo. The large PowerPack 500 battery helps bump up the range, but electric cargo bikes are notoriously energy hungry when used on the more powerful settings. Eco mode might help squeeze out a few more precious miles.

The Big Easy also offers the option of running a second battery on the same frame. The bike includes the necessary wiring and mounts to make it happen. And the Bosch system automatically links the batteries, meaning you plug in a single battery to charge and both will charge together, as long as they both still on the bike. Of course that second battery isn’t included in the $5,000 price though. 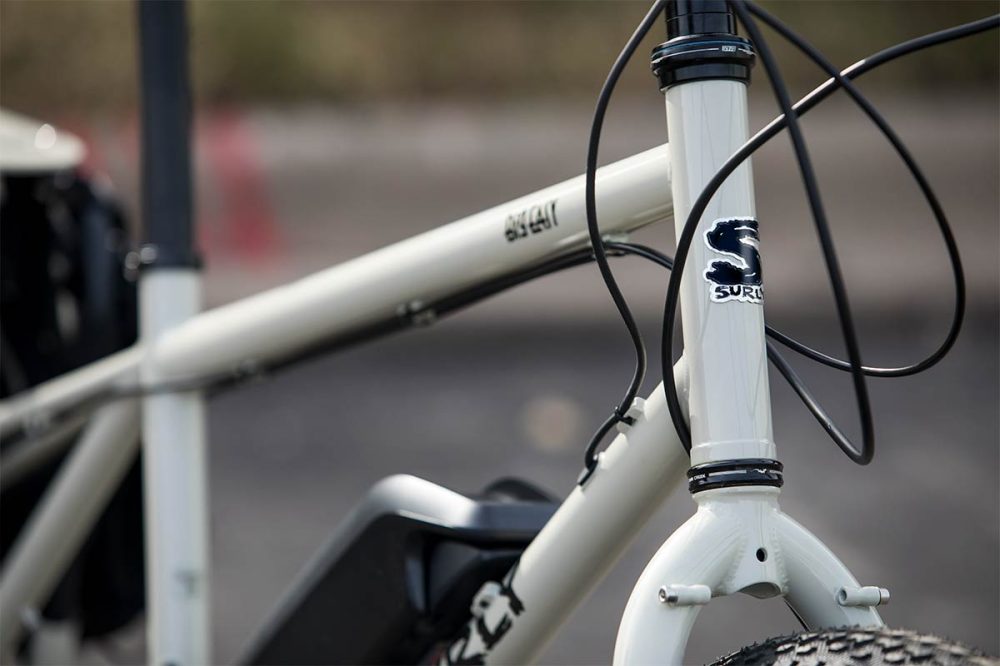 But what’s the most important part of an electric cargo bike? The cargo capacity, of course! The Big Easy is pitched as a potential car replacement vehicle. It can carry passengers, pull trailers and has a number of cargo accessories that can be mounted.

Surly hasn’t announced the weight limit of the bike yet, but the Big Dummy is rated for 400 pounds (181 kg) of passengers and cargo, so the Big Easy should be around there as well – especially with its upgraded frame and brakes. 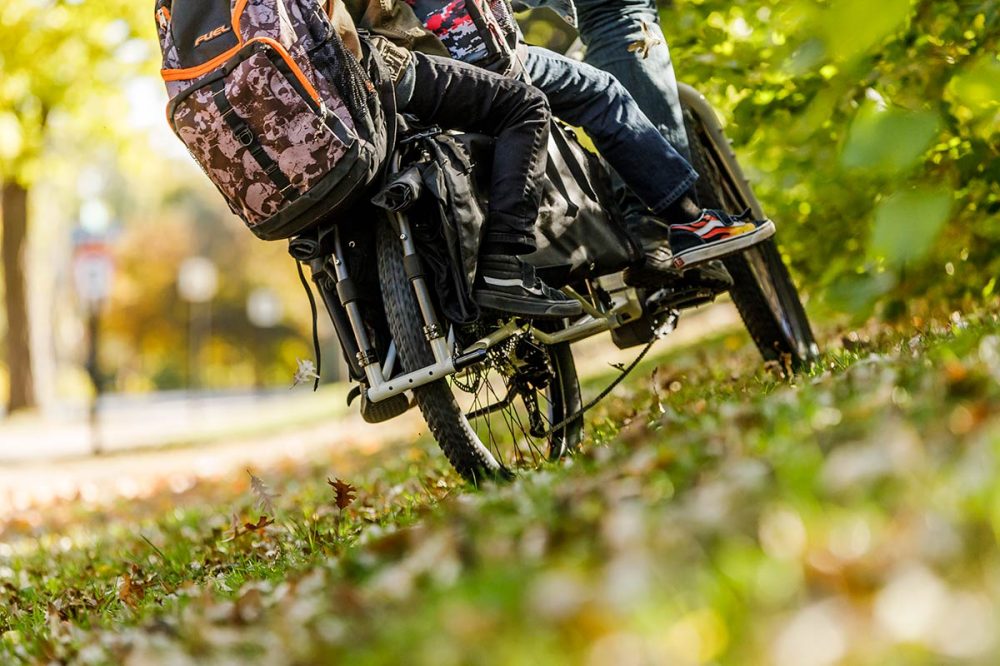 It’s great to see another big name company getting into electric bicycles.

While the price is quite high, the Big Easy does have a number of selling points. It’s based on a well-built and established bike, the Big Dummy. It’s got Bosch’s most powerful motor (and remember that Bosch is one of the most expensive e-bike component companies out there). It’s dual-battery ready. It’s got a damping steering Cane Creek headset. It’s got tubeless ready tires.

Basically, it’s a nice collection of parts. I’d still rather see an internally geared hub instead of derailleur at this price, but I can see why people would still go for the Big Easy. Surly has a great reputation and a lot of brand loyalty. Now it’s finally time for its customers to learn what electric bikes have to offer.