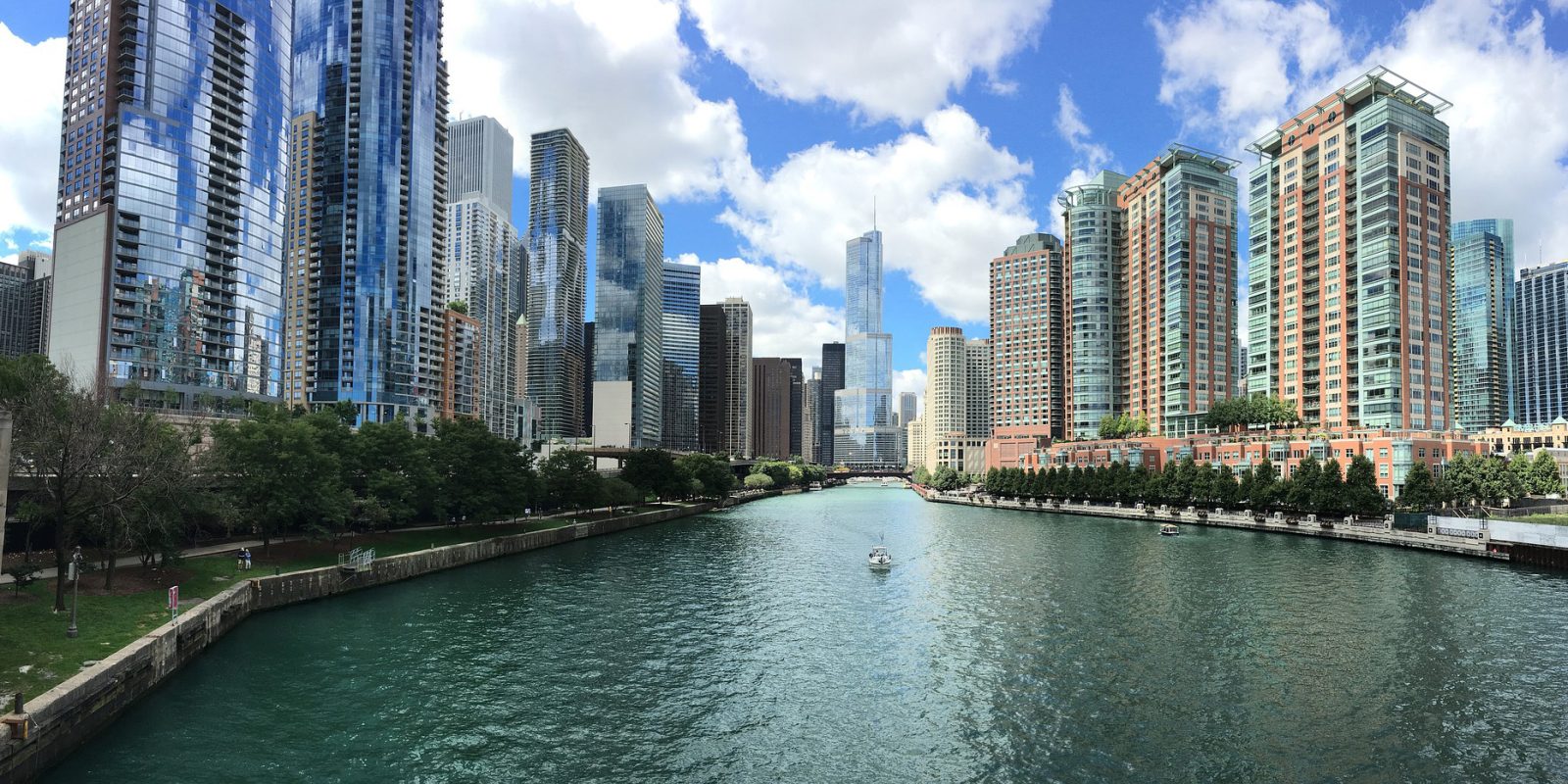 Chicago recently became one of the nation’s biggest cities to make a public commitment to achieving 100 percent renewable energy. The city aims to hit its target by 2035.

With the announcement, Chicago joins the list of 100 Resilient Cities, an organization dedicated to helping cities become “more resilient” to “physical, social, and economic challenges.” Cities all over the world have joined the group.

By joining #Readyfor100, Chicago embraces a future of healthier communities that are powered by 100% clean energy! We’re officially the largest city in the U.S. to join the campaign as we focus on clean energy in buildings by 2035 and electrifying the @CTA bus fleet by 2040! pic.twitter.com/Dilw0FHnvm

As part of the announcement, Emanuel joined with the Sierra Club and its Ready For 100 campaign. Chicago will seek 100 percent renewable energy in all buildings by 2035. The city also plans to transition to a fully electric CTA bus fleet by 2040. Emanuel said,

“Ready for 100 is a key first step in implementing the vision of Resilient Chicago and builds upon our pledge to use 100 percent clean energy for municipal facilities by expanding that goal to include all of Chicago.”

Thus far, 107 American cities have committed to the Sierra Club’s Ready For 100 campaign — a full map can be seen here. Chicago will be the largest city on the list when it’s officially added.

A number of California cities — including Culver City, Oxnard, and Santa Monica — are listed as committed to 100 percent clean, renewable energy by 2019. So, there may be a number of “fully powered” announcements to come later this year.

The Ready For 100 campaign calls for energy from renewable sources which include wind, solar, tidal, and geothermal. The campaign’s webpage also notes:

“Low-impact, small hydro and some forms of biomass may be included after being evaluated for sustainability and environmental justice implications. Nuclear, natural gas, coal, oil based, or any other forms of carbon-based energy production are not included as clean or renewable sources of energy.”

Just because a city hasn’t yet joined the Sierra Club’s campaign doesn’t mean they won’t join in the future. Nor does it mean they haven’t already discussed similar plans.

For instance, Los Angeles is not listed as a committed city to the campaign — and who knows if the city will do so in the future — but L.A. city officials have publicly discussed reaching a goal of 100 percent renewable energy.

Emanuel plans on introducing a resolution to Chicago City Council in March for formal adoption of the Ready for 100 commitment. By December 2020, the city expects to develop a concrete plan to reach these goals.

The plan can expect to meet some obstacles, of course. Almost immediately following the announcement last week, a number of community groups in Chicago denounced the plan. As WTTW reports, these groups believe the plan “fails to address neighborhoods where residents have for years suffered from disproportionate levels of pollution.”

These groups want to know more about the possible “impact of a renewable energy transition on low-income, minority communities.” But it’s possible specific answers may not be made available until December 2020.