EVgo announced that its network now features 1,100 public fast chargers in 34 states and 66 markets across the U.S. The network plans on doubling its capacity in the next two years. CEO Cathy Zoi said:

“EVgo plans to double our fast charging capacity by the end of 2020, working with utilities to accelerate EVgo’s delivery of convenient and reliable fast charging across the U.S.”

The network claims it now serves more than 125,000 EV drivers. At a breakout session at the BNEF Summit in San Francisco, Zoi said that growth was strong with the exception that the network would double again by 2020.

Zoi, along with other panelists was repeatedly questioned about profitability of the charging center models. While there is no profitability magic bullet, ways to profitability include fleet group buying, government subsidies and improved utilization.

Brett Hauser, CEO of Greenlots, which was recently sold to Shell Oil, said that they became profitable at 25% utilization. 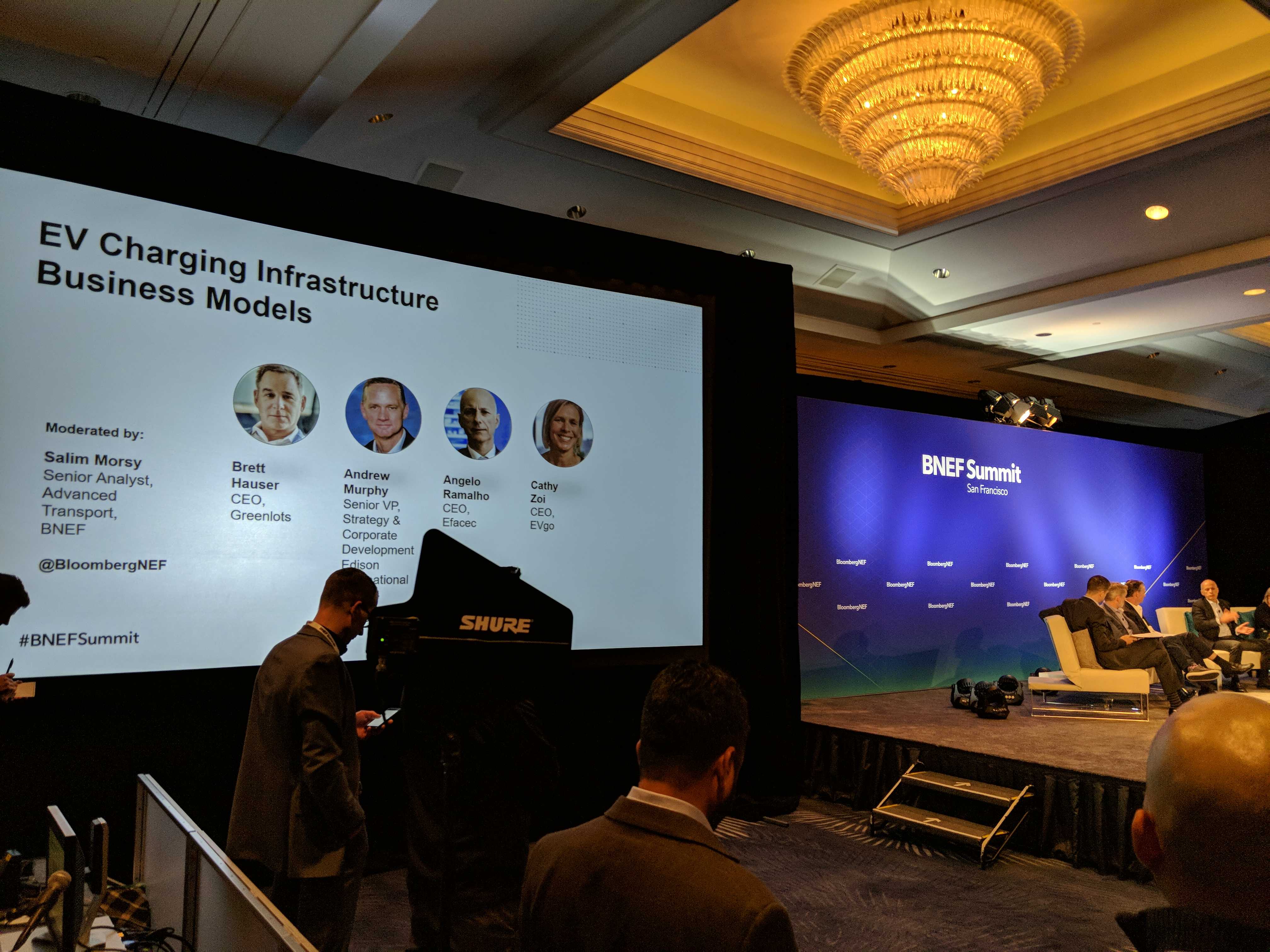 GM recently announced a partnership with EVgo that extends to its Mavin service as well as fleet vehicles. The carmaker also announced partnerships with ChargePoint and Greenlots — the last of which was just acquired by Shell for an undisclosed sum.

EVgo announced another partnership last year with Nissan, launching an east coast fast-charging route between Washington D.C. and Boston. Those stations offer a 50 kW charge rate, but will eventually enable a rate of 150 kW. Zoi says that every station that goes in the ground now has conduits that can handle 150kW.