Tesla has been using an impressive number of robots to build its vehicles and this week, it is showcasing a special: a robot with a fake butt to test Model 3 seats.

The automaker originally planned for the Model 3 production to be the most automated production car program in the industry, but CEO Elon Musk has since admitted that they made some mistakes with the automation effort.

They have cut back on the number of robots used on the line and have been using manual labor for specific tasks that Musk now admits humans are just better at.

Nonetheless, Tesla has still been using some interesting robots as part of Model 3 production and even held a hackathon to fix two problematic robots creating bottlenecks last year.

Interestingly, the frame of the mannequin is covered in blue jeans, which also helps assure that jeans don’t stain the white synthetic material – a big concern for buyers of Tesla’s ‘Ultra White’ interior. 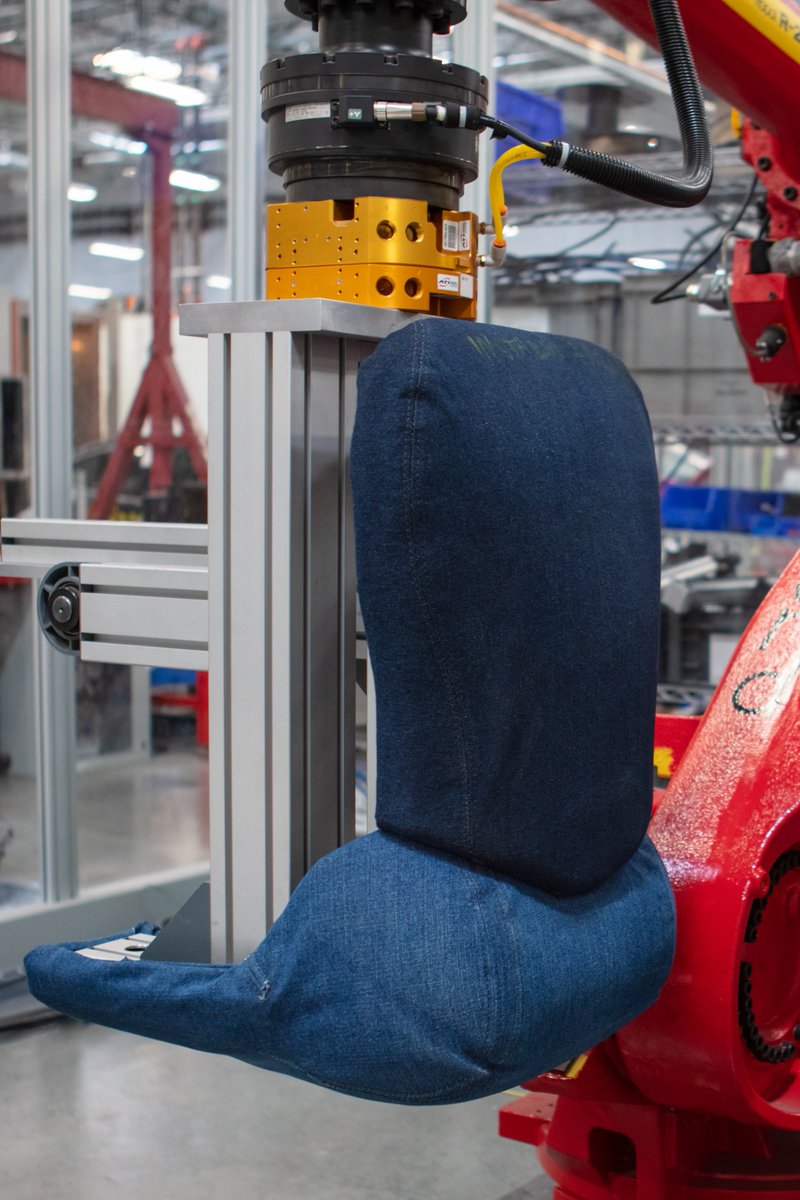 The automaker stated that the robot is able to do 40,000 cycles, which replicates about 12 years of seat use.

Over the years, Tesla has gotten increasingly involved in seat manufacturing after some issues with manufacturers and it now produces its own seats.

Tesla says that the robot is named ‘Groot’, which is based on a Guardians of the Galaxy character in the Marvel universe.

There are a few different kinds of robots helping employees at the plants. Some workers say that they see them as colleagues, something Tesla already tried to facilitate at its Fremont Factory by giving X-Men names to the robots. We made a quick list of some of the coolest robots that Tesla has been using at its factories.