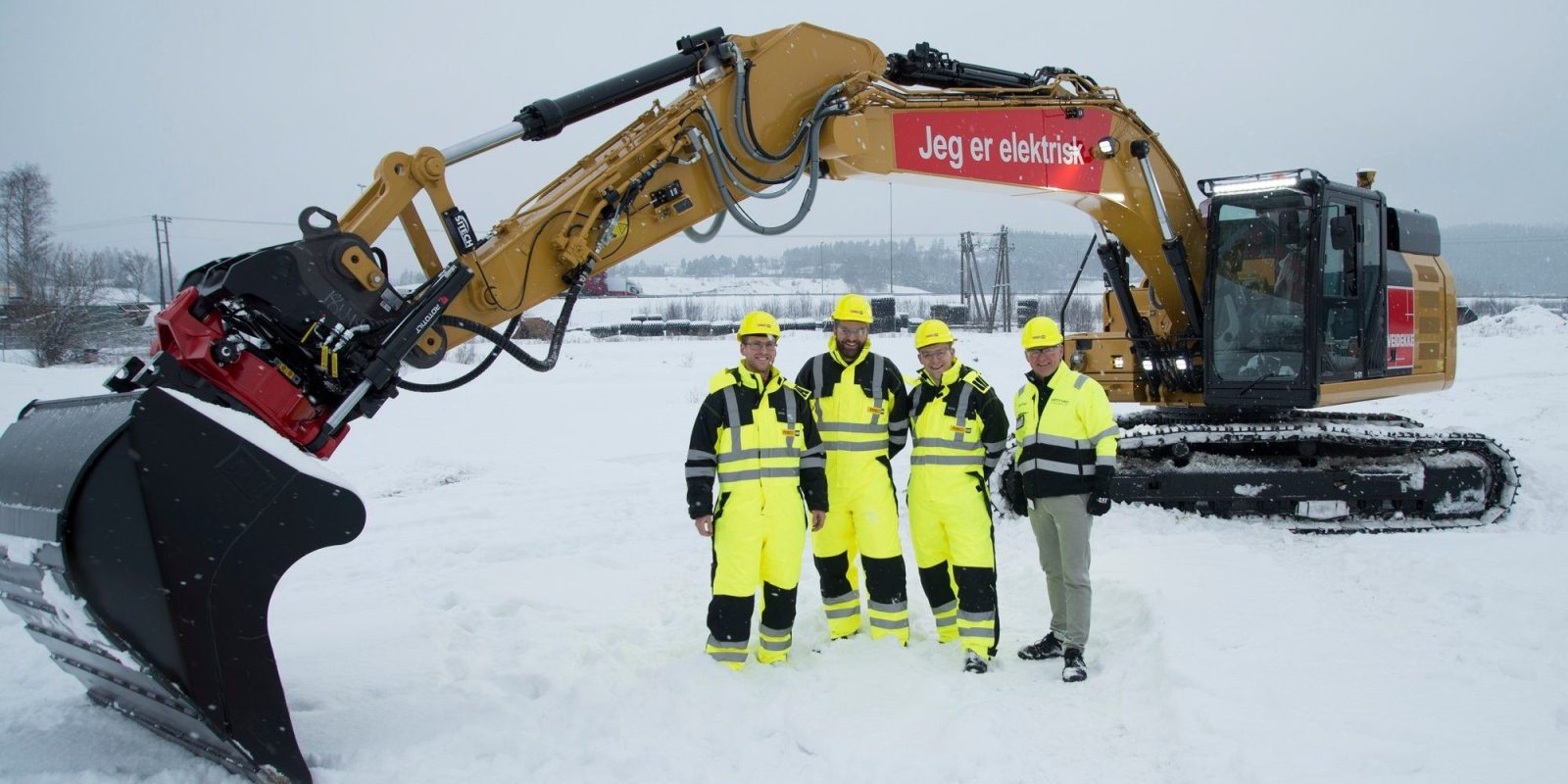 Caterpillar, along with Pon Equipment, has unveiled an all-electric 26-ton excavator with a giant 300 kWh battery pack in an effort to electrify construction equipment.

They built a prototype in Gjelleråsen, Norway for construction company Veidekke who plan to use 8 of them.

The company expects that the machine will result in a better experience for its employee by reducing air and noise pollution at construction sites.

According to the company, it’s the first time that an excavator of this size, 26 tonnes, has been converted to battery-electric.

It is equipped with a giant 300 kWh battery pack, which they design to withstand a lot of rough movements. The result is a fairly heavy pack at 3.4 tons.

They believe that the battery capacity can enable between five and seven hours of use before needing to charge, which can be done overnight.

The excavator’s powertrain also includes a 122 kW electric motor, which remains almost silent – though the hydraulic pumps can be heard.

“For us, it is important to use new technology that helps to reduce emissions from our machine park, and not least to improve everyday life for those who use the machines,”

The executive believes that if construction companies would replace all of the approximately 2,500 excavators of similar sizes in the country, it would result in the equivalent of removing 60,000 cars from the roads.

It’s the latest example of the electrification of transport spreading to other industries.

Now construction and mining equipment are being increasingly electrified.

We previously reported on a dumper truck that became the world’s largest electric vehicle with a massive 700 kWh battery pack.

More recently, Volvo’s construction equipment division announced that it is going electric for all its smaller machines.

Caterpillar has been especially interested in electrifying its lineup and it even invested in Fisker last year – citing interest in their solid-state battery technology.